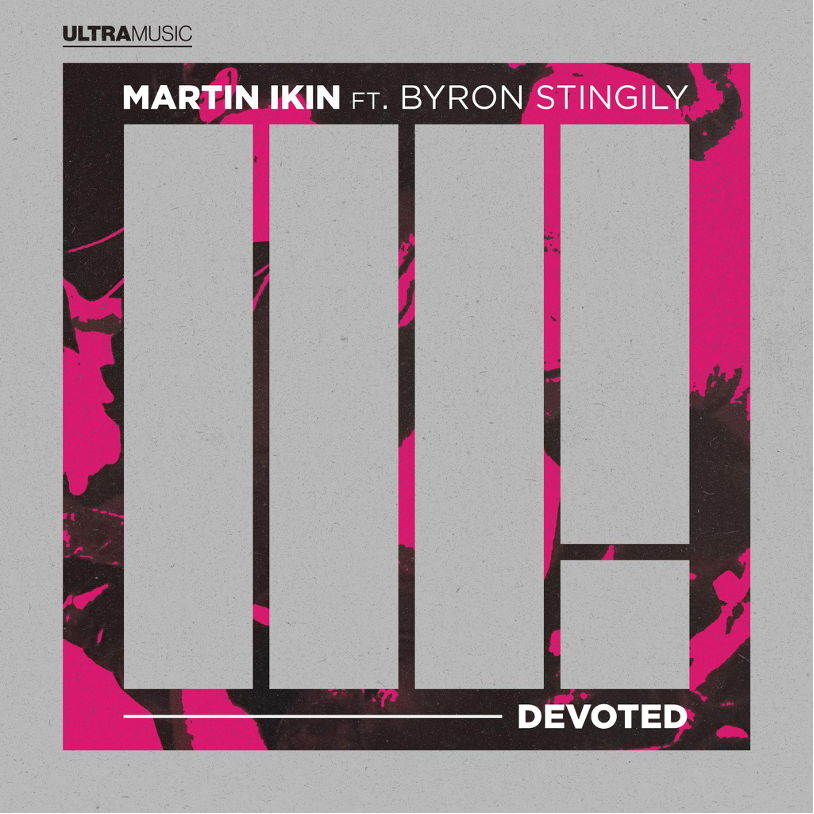 ‘Devoted’ combines some classic house nods, with Martin himself laying the foundation of the track with a delectable piano hook that both draws on his influences from iconic dance records, and displays his evident musicianship as a superb pianist as well as a beatsmith. Ikin then contrasts these euphoric, throw-back moments with a full-throttle house groove, archetypal of his unfaltering studio productions. Blending speeding 909 drum tracks with melodic percussion loops and a continuously rolling bassline.

This lays the perfect sonic foundations for Ten City vocal legend Byron Stingily,who’s instantly recognisable falsetto tone has been cutting through on big collaborations with the likes of Marshall Jefferson, Darius Syrossian, Mousse T. since the 80s, and has had three No. 1’s in the US Dance charts. Additionally, as part of Ten City Byron also accumulated 5 UK charting singles, as well as 11 US Dance charting singles, as well recently being nominated for a Grammy ​​for their recent Album “Judgement”.

Martin Ikin continues his ascension in the Dance Music space as his records continue to make waves. His recent singles ‘You’ and ‘Ready 2 Dance’ combined have accumulated over 10 Million streams with Ikin amassing well over 100 Million streams across his catalog. He additionally had unwavering love from some of Dance Music’s biggest tastemakers in Annie Mac, Danny Howard, as well as several playlist additions across Capital Dance, Kiss Dance and Kiss Fresh.

Heading into the new year Martin continues to play out to the masses, rounding off the year in the USA at Countdown Orlando Invasion alongside the likes of Eli Brown, Deadmau5 and HI-LO (Oliver Heldens). On top of that, Ikin is set to release a plethora of new music and collaborate with more incredibly exciting artists throughout 2022!