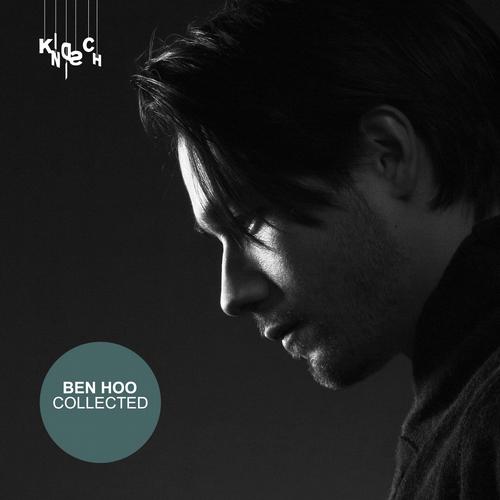 If there has been a theme running throughout London producer Ben Hoo’s career to date, it’s that he’s never wedded himself to a single style. Techno and house inform his recorded music as much as down-tempo and contemporary classical. From a production perspective, Ben is drawn towards sound manipulation and design. His approach is steeped in audio reconfiguration, which he offsets by creating his own rich synthetic tones. The most substantial example of Ben Hoo’s sonic explorations to date has arrived with ‘Collected’, a 12-track compilation that will see release through Get Physical sub-label, Kindisch. The collection, which is also Kindisch’s first artist album, brings together original Ben Hoo material from previous EPs ‘Marea’ and ‘Modal’, alongside new and exclusive tracks.

Binding the compilation is the title track, a contemporary classical piece composed entirely of sounds, themes and melodies from each of the other tracks on the album. “I wanted the elements presented in a contrasting style to take them away from their original intentions,” says Ben, encapsulating his rich musical range. “This idea is like that of a remix, though it sounds like the opposite the other tracks sound more like remixes of the composition. I created the piece very much with film in mind.” The track is a cinematic masterpiece and, highlighting this quality further, is accompanied by a beautiful short film by french filmmaker Pierre Radua.The body of work is a true testament to Hoo’s extensive musical ability and diversity, exploring techno, deep and tech house, sophisticated electronica and contemporary classical. “‘Collected’ was not intended as a traditional album,” says Ben. “I wanted each track to stand alone with its own sounds and own story. They were made from vastly different inspirations and a lot of experimentations in modifying audio.”

Opening with Marea (‘tide’ in Spanish), a deep track, relaxed and full of rhythm, the album continues on a journey through Hoo’s rich sonic landscape, moving into ‘Run Of Sevens’ where a laid-back groove is enforced by a cyclic bassline drone. ‘Night Light’ combines tribal and minimal textures, whilst ‘Modal’, a deep, hypnotic piece built around a literal playing of a modal scale and made up of sound designed elements is all about indulging in a mood. Jasmine has a feeling of warmth and optimism, combining tech house beats with sun-drenched jazz chords, and ‘Cetacea’ uses sounds evocative of whale song to create an enchanting soundscape set over complex rhythms. ‘Duplex’ is named as such due to the two very definite energy levels, and moves us into more rugged terrain, combining techno beats with driving, organic chimes. ‘Maledictum’s textures weave and manipulate slowly over time, with a raw pattern and rolling unbroken flow. The piece features a distorted, haunting vocal chant, infectious bassline and epic snare roll. ‘Nightscape’ is rhythm-centric with its deep contemplative chords conjuring images of night time city scenes, whilst ‘Right Kind Of Rain’ is an experimental slice of electronica, encompassing glitch palates, and is almost entirely focused on sound design. The album’s penultimate track ‘Paper Juliet’ is a downtempo jazz infused electric piano lead track which leads us into the sunset, whilst serenaded by tribal beats, before we embark on the final phase of the journey, the stunning, cinematic beauty that is ‘Collected’.

‘Collected’ is not a typical artist album, and it’s fair to say that Ben Hoo’s rise to prominence has been far from typical. How many young producers could say they’d remixed Fever Ray, Moby, M.A.N.D.Y. & Booka Shade and Tiga before even releasing a solo single? It takes true creative flair to carve out a career solely by interpreting the work of othersand London’s Ben Hoo has done just that. His subsequent EPs for Kindisch showed his enormous potential as a solo artist, and ‘Collected’ will establish Hoo’s place among electronic music’s most promising new talents.