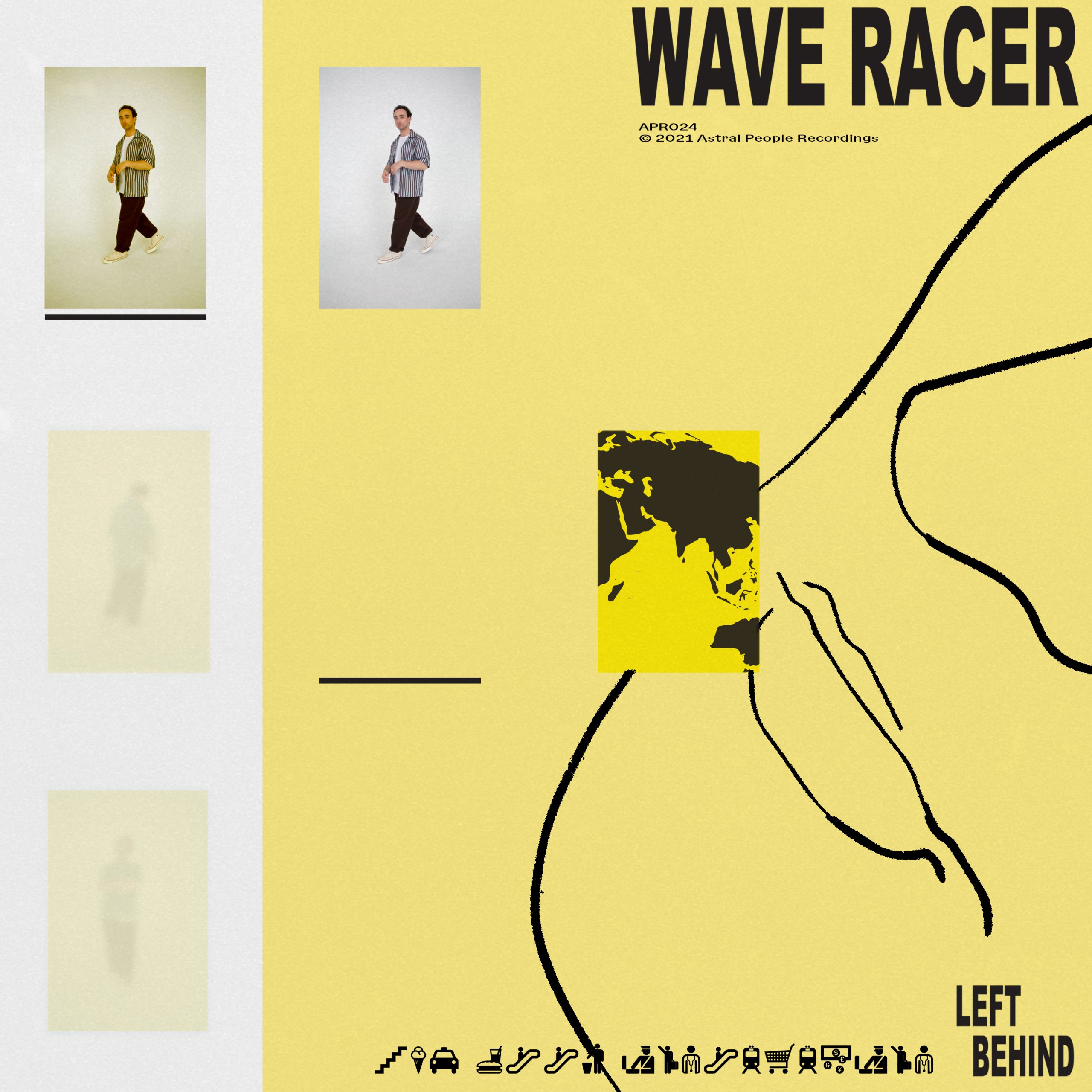 Enigmatic Australian artist Wave Racer has unveiled his first single of 2021 ‘Left Behind’, out April 15 on Astral People Recordings.

“I was forced into a major identity transformation very rapidly and the song describes that experience and the unhealthy coping mechanisms associated with it,” Wave Racer explains. “I wanted the lyrics to be as honest and self-aware as possible, and sonically I think I managed to capture the sense of feverish anxiety and uncertainty that many of us probably feel during transformative times. Exploring new sounds and textures felt like the best way to complement the discovery of a new sense of self.”

The release also coincides with his forthcoming appearance at Porter Robinson’s Secret Sky festival on April 24th. The sole Australian artist on the lineup, the online festival will also feature the likes of Baauer, Boyz Noize, Rezz and more. The event will stream on YouTube, Twitch, Oculus VR, PlayStation Consoles (via RAD TV) and Diplo’s Revolution on SiriusXM. The event is free to the public, and Porter is encouraging fans to donate to the MusiCares COVID-19 Relief Fund via YouTube and Twitch.

In retrospect, Purcell sees his anxieties bubbling up since first finding success as a 21-year-old, when he uploaded tracks ‘Rock U Tonite’ and ‘Stoopid’ to SoundCloud on a whim under the name Wave Racer — an ode to a Nintendo 64 classic that captured the songs’ sunny, pixelated optimism.

Soon after, he was touring non-stop internationally and was considered a leading producer of ‘future bass’, an electronica genre trading in nostalgia, 808s and twinkling, hyper-speed beats. He won praise from Skrillex, Porter Robinson and Flume, remixing the latter as well as the likes of Foster The People and Snakehips.

“I don’t think I was ready for any of that,” he says. ”I’m normally very cautious with the decisions that I make… I thought I was managing the attention at the time but I wasn’t coping very healthily. I was so worried about how people were going to perceive me if I made one wrong step. It was a recipe for anxiety.

In 2019, Wave Racer returned with ‘AUTO’, his first original release since 2015 EP Flash Drive — and his first with new label Astral People Recordings, marking their first release. A glitchy, vocoder-infused meta-pop ballad, the song sees Purcell fight through the mechanical expectations to constantly release music and play the role of a party-starting DJ.