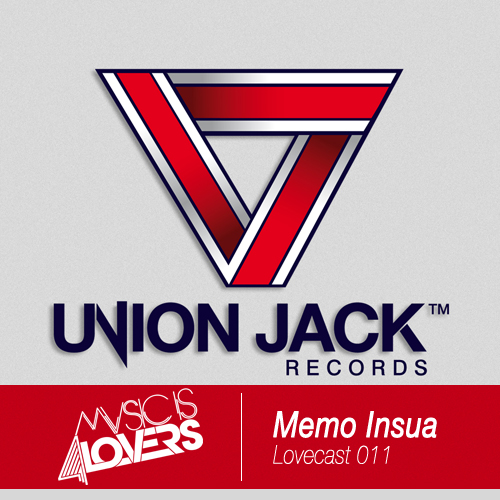 [Label Profile/Lovecast] Nothing worth doing is easy. There are always deterrents to dreams and giving up on them always seems to be the most plausible option. But when you push through the doubts and let your actions speak for you, doors open up and opportunities present themselves. And if anyone knows this, it’s Memo Insua and Frank Kenfold, label managers for up-and-coming imprint, Union Jack Records. In just the past few months they’ve seen stellar releases on the label from the likes of Jobe, Dan Styles, and Martin Virgin, just to name a few. A distinct funky sound is quickly setting them apart in the world of house music, and in this Music is 4 Lovers exclusive interview, they reveal the philosophy that has led to their rise in the industry and what they believe the future hold for them, both as artists and as a label. Read below to learn more about the label and listen to Memo’s strictly Union Jack Lovecast to hear what the label has in store for the months to come.

Who are we speaking with here?

Who is involved with the label?

Memo and I act as label managers, I do all the boring stuff. I’m sort of a Think
Tank (Memo laughs) while Memo directs more what goes into the label
musically. I’ve been more in charge of the image and all random shenanigans
that involve having a record label but I’m not away from what goes in as
well, we think that everything needs to have a second thought and a balance
and exactly there is were Jorge Cedano our loving A&R fits. He has done a
wonderful job gathering the music that has the sound we are aiming for.

I used to own a small promotion company in Ensenada, Mexico. That went by
the name of ‘’the union jack.’’ The main idea of the promotion company started
because I wanted to establish a company with a concept as a whole which I
really wanted to take to the next level and everything kicked off from there. I
met Memo very randomly; he had the same idea as I did the same projection
and thoughts. The promotion was already established and was gathering more
and more support from people in Mexico and the UK, so we decided to use the
same name, then Union Jack Records was born…

Is this your first label or have you had a go at this before?

It is. It has been a great experience to be honest, Memo and I have been
growing since we started, we’ve had very difficult times handling the label. We
live in a difficult world and we’ve met difficult people, but I think everything is
finally paying off and it will continue to pay off, if we continue doing what we
love.

Where is the label based? Do you think this has an effect on the overall sound
coming from the label?

Currently in Ensenada and Reynosa, Mexico. Memo just came from Barcelona,
Spain. He lived there for a season or two and it had great impact on the label
to be honest, since memo met several artists that are involved in the scene
practically everywhere in the world, from there he was able to take the name
of the label out there.

What is your sound? How would you describe the sound you are pushing?

Memo calls it Future Funk, I call it good music. Definitely the label’s sound
would be something between a new age indie / nu dance, deep, weird, techy
sound with funk, vocals and heavy bass line with lush sounds in the
background (if that has a name).

How do you go about choosing artists to sign? What do you take into
consideration when making your decisions?

We always try to look for new artists and new ideas. There is so much talent
out there right now that it is virtually impossible to know everyone, Jorge and
I have worked as a filter for that. We know what we want in the music that we
are releasing and it’s almost like magical that artists give us what we expect
we are always looking for that magical , mysterious melodic groove that define
us.

What has been the hardest thing about running the label?

The hardest thing about running the label has been actually maintaining it;
we’ve put our souls to the hard working job of having a label and mostly being
consistent. As we know, there are many labels out there that start to release
and all of a sudden they stop… I think you have to put the pedal to the metal
not just economically but an extra effort trying to balance the features for
those involved.

Would you say that the label is where you thought it would be today or has
your vision for the label changed over time?

Precisely, Memo and I were talking about this the other day, and we are
more than happy with the turn that the label has had. If you can hear our
first releases they are quite different from what we are releasing right now,
Memo was the one with the bright idea to take the label to a different ground
and style, and I think it was for the best, Memo and I think the label has the
potential to be recognized in its sound worldwide.

How important is producing vinyl presses of your releases? Is vinyl still
important for your business and the music buying community or is it just
novelty/for DJs only? Do you ever put out vinyl only releases?

We think it’s extremely important to use wax for our releases sooner or
later. The whole label image concept is related to vinyl presses and to the
whole idea of how things should be and aren’t due to these digital times…
If you’re building up a serious business in the music industry you need to
print your work, having releases digitally only is like if something were lost
in hyperspace… at the end, we think it’s important for both , whether you’re a
hardcore music fan or a globetrotting DJ having a way of touching the music
with the tips of your hands is priceless..

Are there any releases that are particularly special to you guys?

For me Acapulco has been one of the greatest releases we’ve had in every
way, It was a hard solid release with solid remixes and originals. It has a
sort of nostalgic feeling for me since practically everything started from
there. I remember that my jaw dropped when the guys from Balance sent
me a message saying that Timo Maas would probably use it in its Balance
Compilation.

And more recently Jobe – Keep Control (Demarzo Remix) this gem of track
really made it for me , It has the sounds that I like as an artist , a little bit
glitchy and dark, really cool fading in and out synth sounds with a solid groove
that catches your ear as soon as you drop it, constantly changing.

What’s next for the label? Any exciting news to announce?

Right now we are signing music for the next season, we have queued music for
and until upcoming March 2013 so imagine, I’m practically on it completely ,
the label will take a rest for a month or two so we can kick back harder and
stronger on 2013, so be ready to hear more from us! Good news coming our
way, we also have some news that we don’t want to share yet , you know how
it is, sometimes if you say something It doesn’t happen…

Best moment(s) as a label?

Definitely when Timo Maas used our first release ever in his Balance
compilation. It was a great sign for us to see that everything said we were
doing things right, a second rush of happiness kicked in when a French
magazine asked us to us it also in a compilation that Aeroplane was putting
together.

Three words to describe the label?