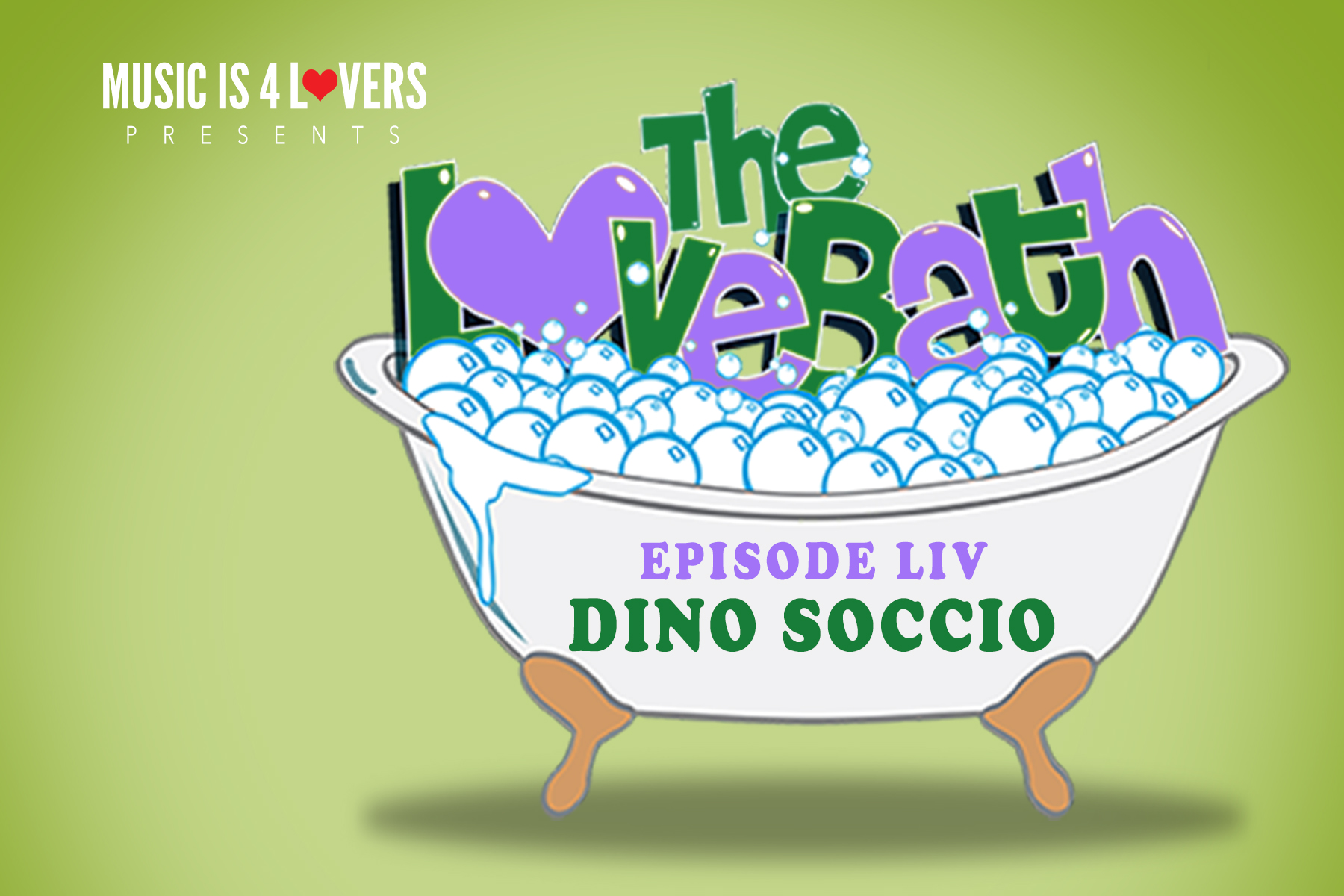 The LoveBath comes bubbling up as we head to the West Coast to catch a tan plus a little ocean spray with our man, Dino Soccio. The Chicago native made his way to the sunny shores of Los Angeles a few years back and quickly got to work establishing his own Pleasure Of Love brand which features both a weekly club night and a vinyl-only record label.

Formerly 1/2 of Razor-N-Tape recording duo, Only Children, Dino has positioned himself as a mainstay in the LA disco and house scenes and it was a pleasure to have him record this mix for us. Dig in below for our usual interview. <3 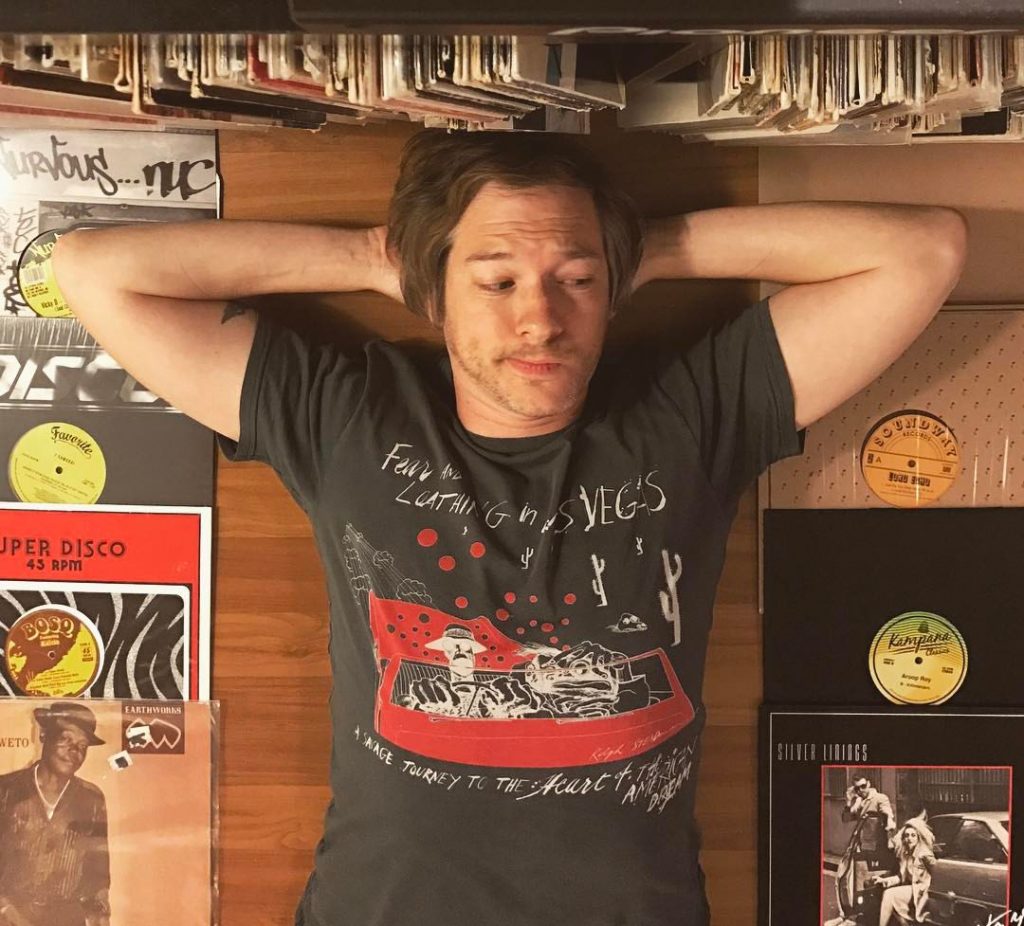 Can you give us a little background on yourself, your musical path and the inspiration for your artist name?
I started out as guitarist and vocalist in indie bands and lived and breathed guitar oriented music as a teen and into my twenties. I thought all dance music was “techno” for many years until Daft Punk’s Discovery, The Rapture’s Echoes, and The DFA/LCD all came into my life. I pretty much stopped everything I was doing and went searching for what inspired those artists and arrived at the temple of underground disco. And, although my interest and curiosity has led me to many forms of dance oriented music, I think it’s safe to say that I’ve been DJing disco and house music for almost 10 years now.  It’s how the name came about and endured over the years (which is a reference to revered, Canadian disco producer, Gino Soccio.)

Your weekly party, Pleasure Of Love has been building steam in the LA scene and even blossomed into a fledgling record label… Fill us in on PoL project.
I always wanted to have a long standing residency at a single venue. I feel like all the greats have had these synonymous venues and/or parties that they’re associated with and played for years. And, although Pleasure of Love is less than two years old in name, I’ve been playing every Saturday night in Hollywood at the same venue, Dirty Laundry, for over 4 years now.  I’ve steered the ship through some turbulent waters over those first couple years as the venue, the crowd, and I tried figure out it’s musical identity.  When we landed on this eclectic, underground, deep, “anything goes” sound… I borrowed the name from one of my favorite Tom Tom Club songs and that’s how it became a thing. I have guests almost every weekend, many of them aren’t announced at all because of contractual or budget reasons but they all love playing the room. It’s really vibrant, the crowd is diverse, and ready to get into some vibes familiar or not. I thought the sounds we were cultivating on these nights needed an outlet, so I launched the Pleasure Of Love label. The edits released on the first record were literally made for the party, tested, and regularly did well on the dance floor. It’s my testing kitchen, in a way.  I’ll continue to put out records on the imprint until the party ends.

You’re originally from Chicago but now based in LA… how would you compare the the disco and house scenes of these two powerhouse cities of American dance music?
Chicago loves house music instinctively… I didn’t even realize just how much it was built into the sound of the city until I left. I do miss that about going out to Smart Bar or Primary or a rave or even a street fest and knowing that house and disco to some extent will be the default sound of a good time. In LA, there’s still a great appreciation for disco and house but the sound of the general party is hip hop- which makes sense, it has a very rich history here. That said, say what you will about LA, but I’ve found more incredibly knowledgeable DJs across the board here than anywhere else in the US. It’s been inspiring and has made me a much better DJ and producer.

Anything else you can to share? Upcoming releases, gigs, tours, etc? This is your chance to plug, plug, plug.
We have 3 more releases coming up on Pleasure of Love for the year- the most recent one just came out, Barcelona’s Pau Roca on Pleasure of Edits 2. I also have some US dates coming up next month- playing Good Room in Brooklyn with the Pleasure Jams crew on July 7th and Hold Tight with Better Listen’s Martin Miguel in DC on July 15th.

#1 sure-fire party starter in your DJ bag?
I have 2 of em right now. First is the A1 on the new Schatzi edits 4. Classic disco house vibes with a great Chicago shout out. Second is an older tune that my friend Cooper reintroduced to me – Axel Boman’s ABBA 002. I had vague memories of hearing that tune a few years back but he played the party a few weeks ago and dropped this, had the entire room hugging and smiling and loving life. It also closes out the mix I did.