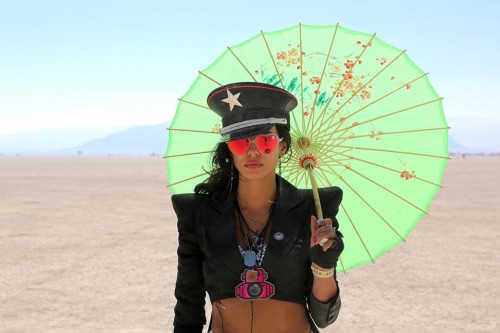 SAANDSeptember 25, 2013
MUSICNEW RELEASES0 Comments 0
If you haven’t heard of Scarlett Etienne yet, you are one of the few, but what better way to acquaint yourself than with a free track giveaway ahead of her debut artist album in early 2014. Featuring Scarlett’s own lyrics and co-production from enduring electronic innovator Felix Da Housecat, it’s an immediate classic.
In a short space of time the American starlet has established herself across a number of different worlds. As well as confounding clued-up crowds with her DJ sets at celebrated clubs like Berlin’s Watergate, this veritable talent has also contributed vocals to the esteemed productions of Daniel Avery. Neither is she intimidated in the presence of musical giants Nile Rodgers and Johnny Marr, with whom she played keys on stage at Montreux Jazz Festival. Scarlett also spins at Formula One parties in Asia, scores fashion films for couturiers like Erevos Aether and has orchestrated music for fashion shows for various designers such as Matthew Williamson at the Royal Opera House
.
One of her most defining performances to date, though, came at cult Nevada desert festival Burning Man in 2012. Scarlett performed a song she co-produced with Felix Da Housecat. Entitled ‘Disconnected’, the lyrics were written in her East London studio and tap into a dark personal time for Scarlett  “I was in a profoundly lonely place, having been abandoned by people who said they loved me; others who said they had my best interests at heart; others who pretended to be my friend only to come into my home to steal from me; others who made promises that they never intended to keep.”
That sense of vulnerability permeates the song and made a lasting impression on those who heard it at the Robot Heart in 2012. With heartbroken drums setting the slow-tempo, Scarlett’s smooth and sweet voice stretches out up top, glowing yet innocent, and perfectly conveying the sense of loss of connection that she sings about so eloquently.  It’s an idyllic bit of pop-house that should and could rise as high as any commercial hit whilst maintaining plenty of artistic integrity.
A return to Burning Man in 2013 has inspired Scarlett to make ‘Disconnected’ available to the world. You can get the single for free on Scarlett’s soundcloud, and it should serve as a fine taster of what to expect in early 2014 when she releases the debut album currently being worked on. Like this ‘Disconnected’ single, the album is sure to be filled with emotional and resonant sounds that come from the very unique creative mind of Scarlett Etienne.