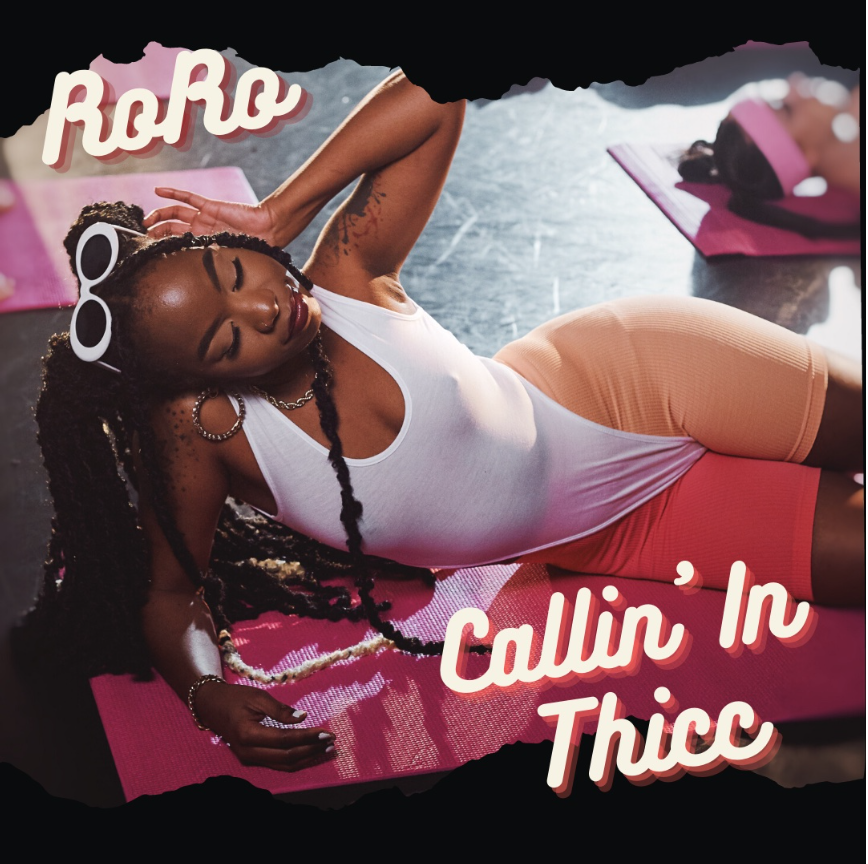 ‘Callin’ In Thicc’ is the follow-up to the mesmerising ‘Happiness’, and is part of the ‘Meet Me Where I’m At EP’ a four-track release dropping later in the year.

‘Callin’ In Thicc’ is an infectious combination of sass and high-energy production that sets the tone for the rest of the record. Blending her Caribbean roots with wild pop arrangements, it’s a track that reflects the personality of RoRo – someone who exuberates positivity and fresh energy.

“Callin’ In Thicc is my pick-me-up song. It’s a reminder to take days off when you feel good and well – not just when you’re sick.” RoRo continues, “It’s about embracing your physique at any size and enjoying the process of getting your body right – however you see fit. It’s about making time for yourself and feeling good about doing so – not feeling guilty for spoiling yourself – self care! It’s about taking the trip, buying the dress, eating the starter, mains and dessert! It’s about putting yourself first. Not busting your ass at some job that doesn’t care about you. Doing everything at 100%! Being extra! Not playing small!”

‘Meet Me Where I’m At’ is the follow-up to RoRo’s 2020 debut EP ‘Mood Forever’, an acclaimed release that earned Annie Mac’s ‘New Name’ slot on her BBC Radio 1 show, as well as drawing continued support across the station from the likes of Clara Amfo, Jack Saunders and Rickie Melvin & Charlie. Widespread support at BBC Radio 6 included Gilles Peterson, Mary Anne Hobbs, Nemone, Steve Lamacq, plus she was invited on to Edith Bowman’s BMW Play Next Podcast.

Often the loudest voice in the room, RoRo’s music tells stories to make the listener feel empowered. The youngest of four sisters and always the wild child with a lot to prove, hailing from the island of Barbados, she wears her musical influences on her skin – via tattoos of her idols Etta James, Erykah Badu, Lauryn Hill and Nina Simone inked onto her arms. Inspired by her Bajan culture, RoRo’s comfortable in her own dialect whilst not wanting to be solely defined by where she is from, much like her musical heroes before her. She recently left the Caribbean for London to fulfill her musical ambitions.

Refusing to be boxed in by suffocating genre categories, RoRo communicates an out-there sound that demands that her fans ‘meet her where she’s at’.