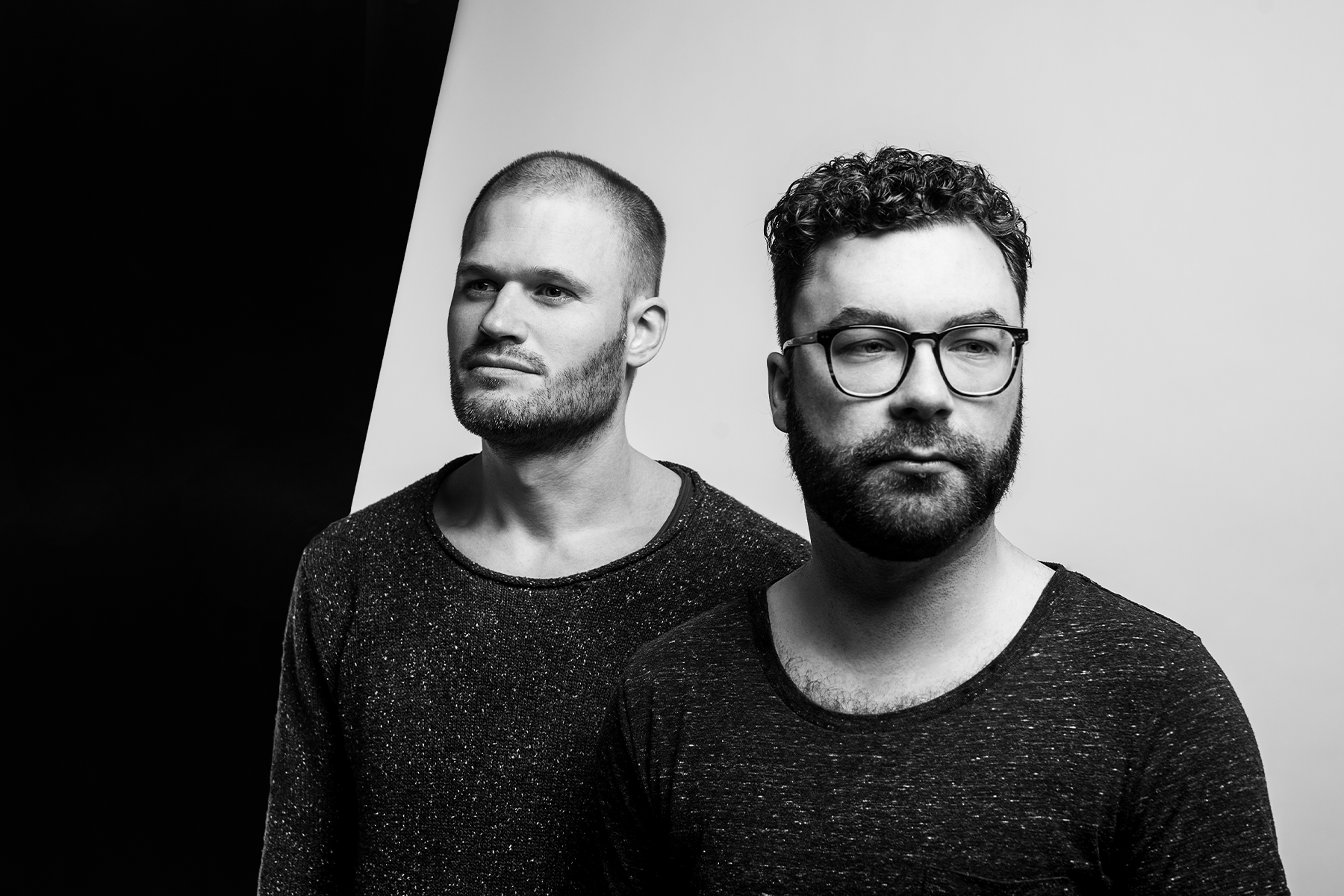 Heist Recordings regulars and all-time good guys Fouk are back!  Their ‘Blue Steel’ EP is filled with their signature grooves, chords and samples and might surprise a few of you out there. The sound design is top notch as always and there’s some rough edges on these tracks for an added bit of depth and personality.  Alongside that, the boys have collaborated with talented Dutch saxophone player Rebiere, who features on the title track. The EP holds three originals and a beautiful remix by Girls of the Internet.  Maarten and Lars feel sure that this EP  – Fouk’s fourth on Heist since their critically acclaimed ‘Kill Frenzy’ back in 2015 – is one you will not want to miss.

Kicking off with the gritty live jam ‘Blue Steel’, where Rebiere’s saxophone solo is accompanied by a killer bass line and some lovely off-kilter percussion. It’s deep, it’s jazzy and at the same time it’s a track that packs some serious peak-time punch. 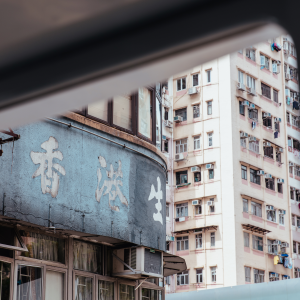 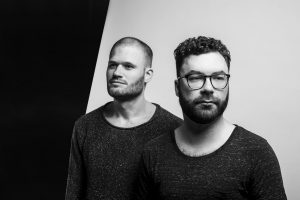 We’ve read that Daniel Leseman has the swing and is all about the loose arrangements, and Junktion is all about jazzy chords and clever sampling tricks. Would you say this is a fair assessment?

Actually it’s the other way round, sort of. Daniel is the best with chords and Hans with sampling tricks and loose arrangements. But then again it’s never as rigid in dividing tasks in the studio. Sometimes Hans writes a cool chord progression and Daniel has made a cool sampled groove and also over the years we have learned a lot from each other.

Your music seems to contain a lot of wonk! The track titles are loads of fun like Winner Winner & Chicken Dinner. Was Heavy on The Bacon anything to do with apple and bacon pancakes?

Actually it has more to do with bacon being the best with everything haha. Eggs & bacon, yes please! Fried chicken and bacon, mmmm delicious. But apple and bacon pancakes, please do!

Guess you can say that food is a big theme in the naming of our tracks. We just love (good) food 🙂

You have a brilliant list of releases in history of Fouk. What would you say was your biggest release? Why do you think that was? Or is it still to come?

Thank you 🙂 Without a doubt Kill Frenzy, this one launched our career! The artist in us wants to say that the biggest is still to come though, because we’re never satisfied haha.

What do you think of Spotify? Do you use it yourself to listen to music? How do you use it as artists?

It’s a double edged sword. It has provided us with a steady bit of income (albeit at a much lower royalty rate than we would have preferred naturally), and we do believe it has broadened our reach of listeners.

But the algorithm based way of encountering new music feels so limited and detracts from the whole “music experience”, and the sense of value of music itself has worsened because of it. Also the “might” of getting playlisted which has this steady effect on keeping plays in the algorithm can be a struggle. But maybe this is the same as plugging music on radio.

As artists we listen to a lot of music on Spotify ourselves, to get inspired or simply just enjoy music.

Have you ever made an album? Is this something you’d like to do?  Do you have any plans to do this?

We’ve been talking about making an album for years now, haha. We do have plans, however making a steady stream of EP releases has always brought an album to the background.

Why do you think Heist Recordings is such a strong label? What draws you to these guys? Do you have a fave Heist release?

Lars and Maarten have a very strong view of what they want and where they want the label to be in the (near) future. They’re really picky on what they release, so the quality of the releases remains high, there’s no filler and the art direction is super cool. Our fav is an oldie, Max Graef – Broken Keyboard EP. Which has been really influential and we get nostalgic when listening to it again 🙂

The Blue Steel EP is your next release. Girls of The Internet remixing. He’s a very cool producer, somewhat elusive, but a great compliment to the wonkiness of Fouk. Can you walk us through the title track ‘Blue Steel’, and also tell us what GOTI done to the arrangement?

We wanted to make a longer and more classic feeling house track as we love the house music of the 90s. Hans bought a Poly D (Behringer Moog clone) and came up with the deep bassline and drums/base of the track. When we sat together we said that we need a sax or something similar to bring it to the next level. Daniel suggested to work with Rebiere (Lucas van Ee), a great musician who we met years before at a gig. So we sent him a rough arrangement and we were so happy with what he sent back. He recorded multiple saxophone parts and harmonies and he also played a few extra synth parts, which complemented everything really well. We turned that into the final arrangement and when finished it immediately felt like we achieved what we set out to do with the track in the beginning. Which isn’t always how the creative process works out to be, so this was really nice 🙂

GOTI is someone who we are really big fans of. He has this ability to make really strong songs with using elements minimally. He has rebuilt our track into this deep emotive version. He recorded extra saxophone himself and played the original saxophone harmonies on a rhodes. When the bassline comes in, it really hits home! Overall we’re so happy to have GOTI join us on the release, it’s a fantastic remix.

What’s the best musical advice you’ve ever been given and who gave it to you?

Kill your darlings; when creating music don’t be afraid to delete parts that you’re really feeling but don’t really work in the arrangement. You risk getting stuck and the track going nowhere.

Dam Swindle’s Lars pointed it out to us a few years ago and it’s solid advice.

If you guys were not working in music, what do you think you would be doing?

Daniel: I think I’d work in science. Or maybe electronics. Before doing School of the Arts in Utrecht I studied nature sciences at the University of Nijmegen in the Netherlands and science in general is still something I’m very much drawn to.

Hans: I would be working in a design related job. I’ve done freelance graphic design for years, but I actually studied Product Design. I used to have a dream to design my own lighting or furniture.

What’s the first thing Fouk will do as soon as this pesky pandemic is over?

Take a vacation, lol! Hug people, see friends and family properly. Everything everybody has missed since it began. And play loads of music for people of course 🙂

What have you learnt about yourself, life and music during this past year guys?

That it’s pretty nice to not have a busy schedule and slowing down is good for your health. Spending a lot (A LOT haha) of time with your kids is really nice as well.

On the other side, quality of life for us is determined by connecting with other people. Sharing is quadruple the fun! With that falling away, life feels a lot more tedious.

With the whole music scene having shut down on one part, we have felt pretty useless at times. Everything we have worked so hard for was shut down abruptly and we ran in to the fact that a lot of our self worth was defined by what we do (also because we had turned what we love to do into our full time jobs).

During this past year you also learn to be flexible out of necessity. Maybe that’s just life, it comes in phases, albeit last year has been a mega compressed version of that.