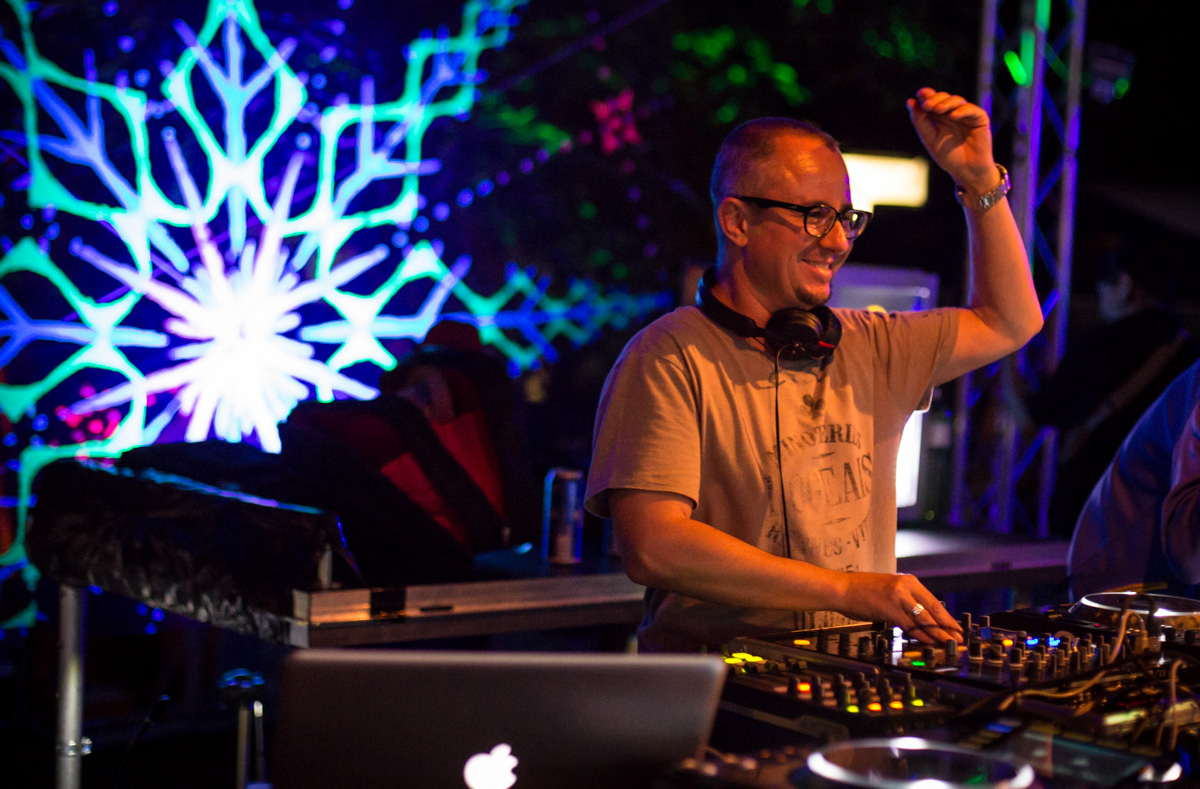 Pow-Low is a student of jazz star Pierre Favre, has been playing live since 13 and releasing music on vinyl since 17. He is skilled on the synclavier system, has worked at the legendary Record Plant studio in Hollywood and as in-house engineer at South Africa’s Bop-Studios, and has mastered for Peter Gabriel as well as producing huge thrash metal act Coroner and being lead singer and producer of No Religion, the world’s first techno-metal band.

1. Hello, great to speak with you Paolo. Can you tell us about your early musical influences growing up in Switzerland and how they shaped your current musical style?Hello and thanks for having me. In my childhood I first came in contact with rock music… AC/DC, Kiss, Van Halen, The Sex Pistols, The Damned etc. Later in my teenage-years I got in touch with dance music produced by Trevor C. Horn or Jam & Lewis (Grace Jones, Janet Jackson,  Alexander O. Neal). I still am very open minded, music to me has to be creative, thrilling and with an honest message and energy. 2. We understand you were a student of jazz-star Pierre Favre, what was the most important thing you learnt from him?Pierre Favre was my drum-teacher when I was a teenager. Besides working on latin drum grooves he emphasised on percussive sound design with gongs, cymbals and many other exotic instruments. Also he helped me keep an open mind towards different styles, from jazz to funk to rock etc. It was a great honour to be accepted as student by the wonderful Pierre Favre.3. We’re incredibly excited about your new PSYCLE. release out in February, it features your remixes of ‘Cargo Cult’, ‘Fibonacci’ and a remaster of ‘Dinner Party’. Can you discuss the creative approach to this remix EP?Remixes are like giving tracks a second life. Like a band would never play the same track exactly the same way, I always see many possibilities on how to interpret and produce a track. Whether it’s the groove, the harmonic content or the breakdown, or even the arrangement, there are so many options possible. I could probably make 10 different versions of a track. Back in the day I would collect remixes, and it was always a challenge to find rare Japanese imports. With the Cargo Cult remix in the break I turned the reverb into a groove and morphed the drums into a synth and back. I am happy when new creative experiments work out.

4. Can you tell us more about your PSYCLE. Imprint and the ethos behind releases?The music has to strike us with creativity, substance and production-quality. Music production “in the box” has become affordable for anyone, so there are no more excuses for poor sound quality! 😉 The artists have to be willing to cooperate with the labels strategies and should have a professional attitude for the long run.

5. Throughout your career you’ve worked on a lot of recordings with some pretty respected artists, whilst working in sound engineering and the jazz scene. Could you possibly pick a top three all time highlight reel of collaborations and why they were special?
During my time at the Record Plant in Hollywood we had super star artists such as Billy Idol, Jefferson Airplane or the Beastie Boys. Back then I was just starting in the music industry, so my main goal was to get as much information as possible out of the engineers and producers. I recall sitting in the cafeteria with Keith Forsey (Billy Idols producer) and asking him about the making of iconic recording such as “Rebel Yell” or the Simple Minds hit-album. Rebel Yell struck me with huge electric drums and a massive guitar-sound. Later in my career I had the honour and opportunity to produce thrash metal pioneers “Coroner”. I produced a show for the LA based act Infected Mushroom at an amphitheater, an amazing outdoor location near Zürich. It was a wonderful festival with 4500 guests.A remix that I did for Australian artist ” Sensient” was a great pleasure and honour for me. “Sensient” has a breathtaking production quality, he is a leading dark-progressive artist I also did quite a few masterings for him. I also had the pleasure to book him for one of my electronic open air festivals.
6. Could you list your top three bits of studio kit you couldn’t live without?The Trinnov is a 3-dimensional acoustic computer that takes care of the room-acoustics resulting in an amazingly flat response. I need this for mixing and mastering of my own and my clients work.The PSI monitors are extremely accurate and reproduce precise phase coherence without DSP. Again a very important tool for my sound engineering.Logic is my favourite DAW. I think I came across this sequencer in the late 80’s just after MIDI got introduced. Back then it was called “Creator”.
7. With a life so obsessed with music, what do you do in your downtime ?
I go for walks with my dog “Leyno”, read books or just relax.
8. What can we expect from Pow-Low and PSYCLE. throughout 2019?
The next release will include tracks with lots of acoustic drums recorded at the legendary Abbey Road studios in London on some vintage drum kits.
Pow-Low’s ‘Fibonacci Cult Remixes’ drop on Psycle on 20th February 2019.
Follow Pow-Low’s socials
Facebook / Soundcloud