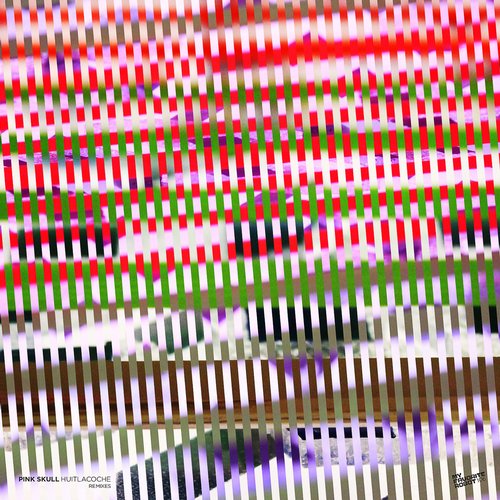 Earlier in the year the trio that is Pink Skull released a debut LP that was full of a metallic, liquid, and raw sounds, delving into urban landscapes and deep space industrial wastelands. Here select tracks from it get remixed by a fine selection of modern talents – Raxon, disCerN, Stefan Z and Balcazar & Sordo – and have plenty of new life breathed into them. First up, ‘My Other Feet is My Car’ gets reworked by Balcazar & Sordo, the hot Mexican act that has released on labels like Culprit and Audio Tonic. Their version is a dramatic, macho disco affair with tight drums, slick arpeggiated melodies and crisp synth lines all building to dramatic peaks. Raxon, label manager at Dubai’s foremost imprint Audio Tonic, then flips ‘Ryryryry’ into a freaky bit of wonky and unhinged tech house with bendy toms, echoing voices and lots of little alien spirits. It’s a peak time, main room bit of tension-fuelled house that will undoubtedly bring dancefloors together. Stefan Z, who has had his own full EP on the label back in late 2013, then goes to work on ‘Abalone’ and opts for a sparse remaking that is propped up with a bobbling, dirty bassline. Above it industrial synths are allowed to ring out into a chilly night sky before more radian patterns unfold and his bleak vision of the future full manifests itself. Lastly disCerN aka esteemed DJs and producers Jonny Cruz and Silky then team up to remix the same track. Their version is a deep and constantly decaying house effort with feathery percussion, swaying drums and some serious somber chords that strike a truly introspective vibe. This is another fine packages of remixes from some of the day’s best.