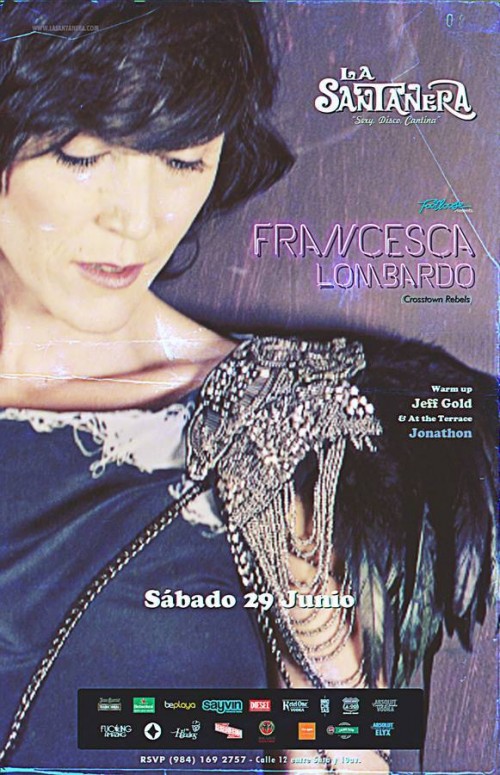 It was with this quandary in mind that FOOTLOOSE set forth to fill the void within the nightlife in Playa del Carmen. After events such as The BPM Festival and Flying Circus the bar was inevitably raised elevating along with it the demand from artists to return and creating a constant scene that rivals that of Mexico City with only a mere fraction of its population.

2012 saw Footloose expand with events in other cities such as Mexico City, Monterrey, Merida, and Vancouver as well establishing a successful partnership with the legendary Katerholzig (Bar 25) crew from Berlin hosting a series of events between Playa del Carmen and Tulum with the likes of Nu feat. JoKe, Lee Jones, Sven Dohse, Britta Arnold, Dirty Doering, Trickski and finalizing with an epic closing party in Tulum with Daniel Bortz, Trickski and Fritz Zander. Now with talks of events in Berlin and New York City in the near future the sky is the limit…

With Footloose quality is their specialty and they’re only getting started… see you in paradise!!!

For their next AMAZING party, they are bringing in the wonderfully talented Franscesca Lombardo to the awesome La Santanera.  Coming towards the end of a great tour in over 15 countries, and fresh off her Get Lost performance at EDC, let us tell you a little bit more about this rising star…

FRANCESCA LOMBARDO (Crosstown Rebels – London)
The London based DJ, Vocal Techniques graduate and accomplished pianist first surfaced under the Jackie Misfit guise. With this alias, she DJed at various underground parties plus clubs like Brixton Academy and The Drom in the English capital,… but also released on labels like Lokomotiv Recordings and started her own imprint, Echolette Records. It was a quick success story, with remixes from the likes of Hector picking up keen support from tastemakers including Marco Carola, Radio Slave and Loco Dice.

Now, though, having also made waves as vocalist and keyboard player with Def by Disco (who toured and had residencies around the UK) this unique electronic sculptress is working under her given name, Francesca Lombardo.So far she has spun alongside titans like Sven Vath, Agoria and Tobi Neumann at places like Klubbers Festival, Madrid, and Danzoo for Space of Sound, always joining the dots between house and techno.

Production wise for this genuinely musical talent it’s all about feeling, and it has been since growing up around her father’s vast collection of instruments as a child. “My style is colourful,” she says. “I like to write a track depending on how I feel. My tracks usually follow a concept.”

Said music is inspired by a lifetime of listening to Depeche Mode, Aphex Twin, Plastikman and more recent sounds like those offered by Ghostly International and Traum. But also by playing piano at Conservatorium of Music for Classical piano and singing opera from a young age. “Despite this, I was always attracted to electronic music and machines” she remembers. “I could never really cope with classical.”

With all these skills and musical experiences available to draw on, the future looks bright for Francesca Lombardo – an upcoming EP on leading contemporary label, Crosstown Rebels is only testament to that, as is the fact she has been signed to the much lauded Rebel Agency alongside the likes of scene darlings Jamie Jones, Maceo Plex and Art Department.

We are super excited to see her coming back to Playa Del Carmen to play and you can get even more details about the event HERE.