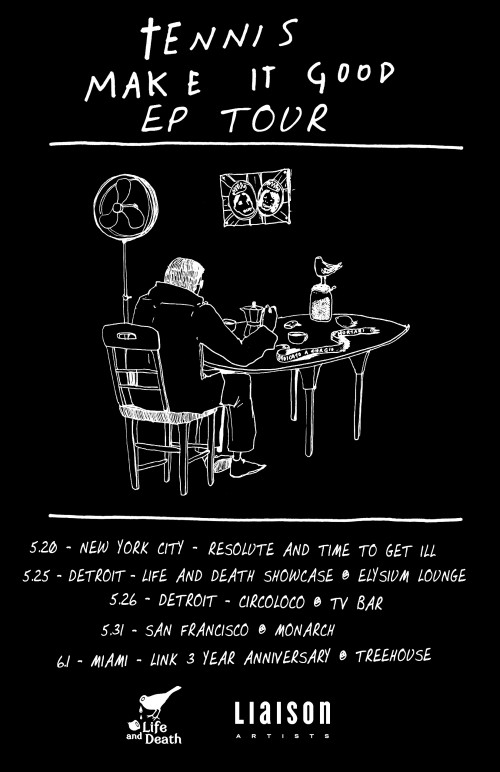 [Party] Give it up for DJ Tennis! Just after the release of his hit new EP, Make It Good, on his own Life and Death imprint, he hits the road to showcase his DJ skills at some of the hottest clubs around the US. Cities included in the tour are stops in New York, Detroit (Life and Death Showcase), San Francisco and Miami (Link 3 Year Anniversary), allowing DJ Tennis to plant the Life and Death seed all over the nation. Spread that Love <3