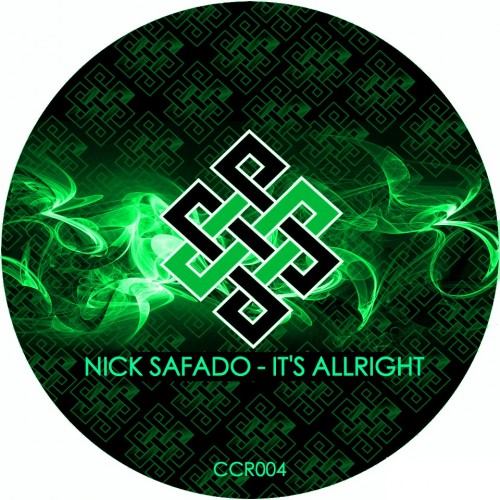 [New Release] Cream Couture hit the top of my radar this past summer and has continued to impress from the him_self_her, ‘gone too long’ EP to the Various Artists Summer Couture Vol.1 , this label has been making a name for itself. This newest release is no exception. ‘It’s Allright’ comes to us from Nick Safado, one half of the duo known as ‘The Wize Guys’, who have also been at the top of my radar lately. This talented producer has put his heart and soul into this release as it can clearly be seen in the outcome. You can almost taste what’s coming for you, the vocals and the beats dancing and interlocking, building up the track and energy to carry you through, sliding into a bass line pulled up with tempo and darker echoes to keep you going, ‘It’s Allright’.

The EP is loaded, featuring five remixes to accompany the original. Kolombo’s remix is slow and tantalizing, coming at you with its solid beats and vocals,  the track throws you off and then onto balance again, gliding through the eerie and dark tunnels of a vibe and energy deep from your soul.
Toucan’s remix holds you in place and keeps you waiting while you listen to the vocals and beats building behind a wall, knocking at your energy, and then twisting into release. A spin you needed but did not expect. An endless wave of beats and bass floating around and back in your self-created atmosphere, this remix from TouchTalk expands and contracts. Feel minimal distance between the build up and yourself, ask it to break, and then…crash like a wave into the ocean you waited for. This remix from Fabo pulls you back onto the floor, beginning with an orchestra that you cannot hold. Follow the smooth transition and glide into a steadier beat, wind up into a tempo reminiscent of tambourines, the slow moves building and floating on energies again, we see almost daybreak, the voice pushes through and forward, but then twists into a deeper feel, that beat and sound coming up from behind you, heavier and then breaks into your zone again. Zuckre remixes the track using a slow escalation with repetition, elegantly adding a minimal bass line to promise, coupled with heavy beats throbbing and then bursting into the solid vibe he creates suspense for right from the start.

This is another amazing release for Cream Couture, especially with the five remixes that adapt this track for any time day or night. Nick Safado, you were already on my ‘to watch’ list as The Wize Guys and now with this EP, we will be hot on his trails. This track is simply addicting and definitely has us antsy for his next release.