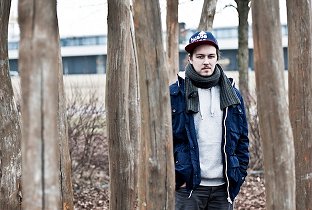 [New Mix] The young German producer and DJ, Elef, mixes the last Fiakun podcast, the Spanish label he released on back in January.  The mix is a unique blend of deep and minimal sounds that are driving despite his slow and steady tempo.  Later in the set, funky disco riffs emerge from the techno depths that add even more flavor to an already one-of-a-kind sound.  Take a moment to revel in a musical journey off the beaten path.

Here is a brief interview that was posted with the mix:

1- What have you been working on last months?

Due to a lot of work and a lot of touring on the weekends I was unfortunately not able to really work on new music in the past months. Just recently I had the chance again to work on new stuff.
Right now I’m working on my EP for Murmur and on some new remixes for Sello on Moodmusic, Jay Bliss for white rabbit and many more.

2- What can you tell us about your evolution from the first releases to the latest?

Well, there has been always a progress from track to track. And it always will be. But still all my tracks I did are probably recognizable as the typical Elef sound. But I can say that I feel much more comfortable with my latest tracks and remixes I did in the last year, than the stuff I used to do before.

3- What can we expect about the mix?

As I know my friends from the Fiakun headquater like it slow I was aiming for a very chilled and very emotional mix. With lots of soulful and melancholic tracks. I’m really happy with the result, so I hope you like it too.