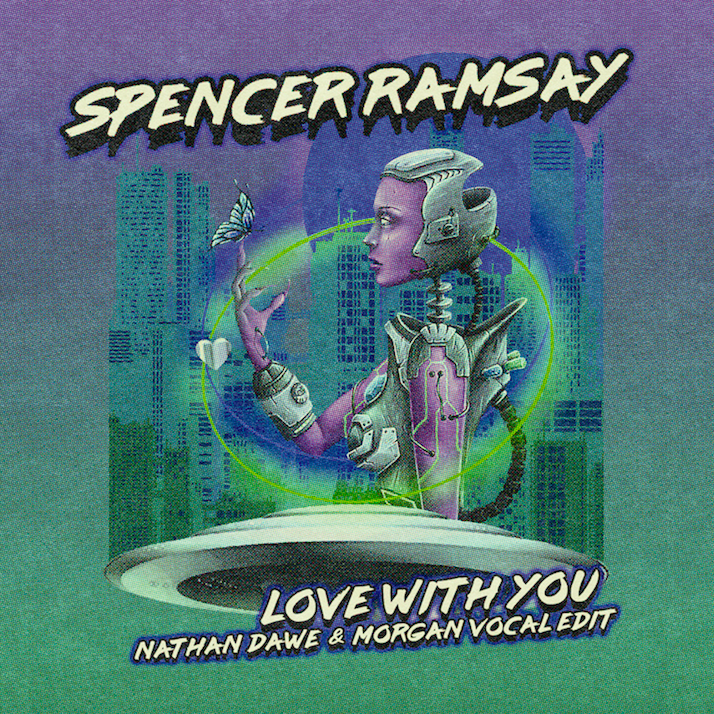 UK artists Nathan Dawe and MORGAN have unveiled a vocal edit of the Spencer Ramsay smash ‘Love With You’, out 13th August.

Building on the euphoric, hands-in-the-air energy of the original, this new edit of ‘Love With You’ is characterised by the soul-drenched, head-turning vocals of breakout star Morgan. It follows the acclaimed original, which has racked up more than 2.4 million Spotify plays.

Hailing from the small Scottish border town of Peebles, Spencer Ramsay is an enigmatic young talent who has been making music from the age of ten. Still just 17, he already has an impressive collection of tracks under his belt, with club banger ‘What You Talkin’ About?’ racking up over 1 million Soundcloud plays in three months.

Nathan Dawe is best known for his rework of UKG classic ‘Flowers’ featuring Jaykae, and single ‘Lighter’ featuring KSI, tracks that peaked at #12 and #3 in the UK Singles charts respectively. More recently he dropped a remix of ‘Free’ by Bad Boy Chiller Crew.

Just 20-years-old, MORGAN burst onto the scene in 2019 when she signed to Rudimental’s Major Tom’s label and featured on their track ‘Mean That Much’ alongside Preditah. A whirlwind couple of years since has seen her drop debut EP ‘Alien’, perform three times on the BBC Live Lounge and feature on the Rudimental smash ‘Be The One’ alongside Digga D, a single that has over 20 million streams and counting.

The all-new vocal edit of ‘Love With You’ injects even more sunkissed dancefloor energy into an already lauded track.

To find out more about Spencer Ramsay, go to: