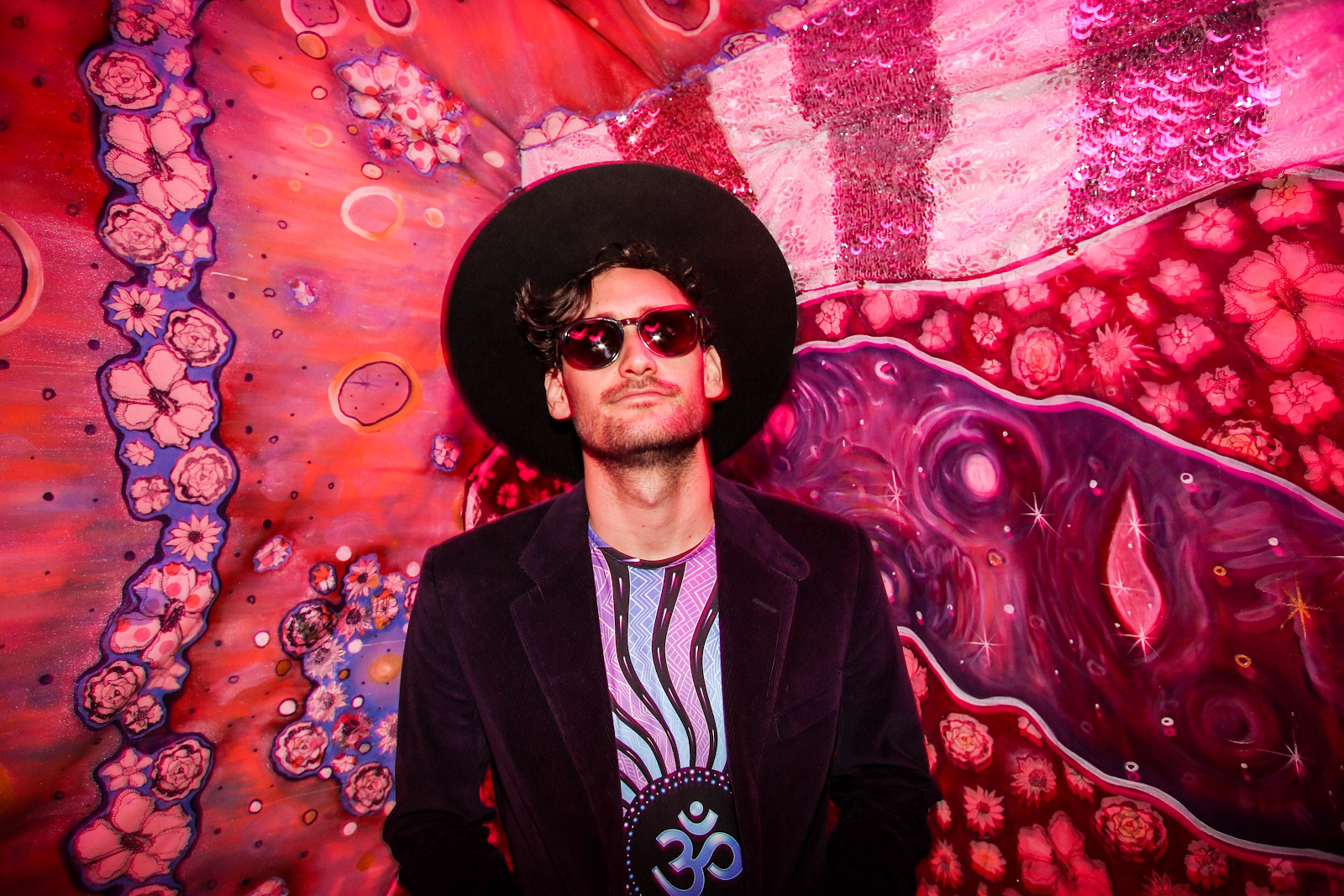 Stream: ‘Above The Clouds’

‘For The Love’ LP Out April 28 on Desert Hearts Records
Love has and will always be at the center of everything Mikey Lion does. Before the global success of Desert Hearts, the gigs and the cult like community, there was a young kid with a dream, a ragtag crew of House and Techno fans, and a raging fire within. Since those early Mojave nights in 2012 Mikey Lion has risen as one of the most formative participants in the West Coast Festival scene, all the way radiating a contagious sense of warmth to those willing to catch a vibe. His debut album continues his path of transparency and positivity. For The Love, out April 28 on Desert Hearts Records, encapsulates a journey of questioning and connectivity, the highs and lows of pursuing your passion, and a portrait of an artist searching for something more.
Prior to launching Desert Hearts in 2012, Lion found himself living with his parents questioning his purpose and role, a situation probably now familiar to many of us. A psychedelic DMT experience convinced him that spreading love and community under the Desert Hearts umbrella was his path, he didn’t look back, and Desert Hearts emerged as a key annual event in the underground dance community, an international touring DJ quartet and a successful record label.
But 2020 brought it all screeching to a halt, Mikey’s break-out year came crashing down as he had to postpone his April festival, and DJ gigs got rescheduled and rescheduled and eventually cancelled. He faced another existential crisis, questioning, what is a DJ without gigs, what is a festival community without a festival?
This time it wasn’t a psychedelic that sustained him, rather the community he had built over the prior eight years. As Mikey led Desert Hearts into the virtual world, launching a TV station on Twitch, he found himself reaching new fans across the globe with DH’s message of House Techno Love, receiving donations and pledges of support from across the globe, and interacting with the core DH community on a virtual dancefloor. It was an affirmation of a different sort, but no less powerful, convincing him again that love and music would sustain him, regardless if the dancefloor was digital.
In Mikey Lion’s own words, “This album has been eight years in the making ever since we threw our very first Desert Hearts party back in 2012. It’s a culmination of everything that I’ve learned, felt, and believed in over the years. The first single, Above The Clouds, is what House Heaven feels like to me. It’s dreamy, it’s powerful, and it makes me feel good.”
Our first sighting of For The Love is its lead single ‘Above The Clouds’, a cascading journey into the heart and mind of a community leader on one hand and a human struggling with the pressures of the modern age on the other. It’s a true indicator of the album to follow, representing an artist hellbent on pushing their production prowess towards a timeless and iconic direction.
Listen to Above The Clouds
His debut album For The Love is an outgrowth of Lion’s journey over the past eight years, of questioning one’s path and finding oneself, of triumph and failure, and the importance of community.