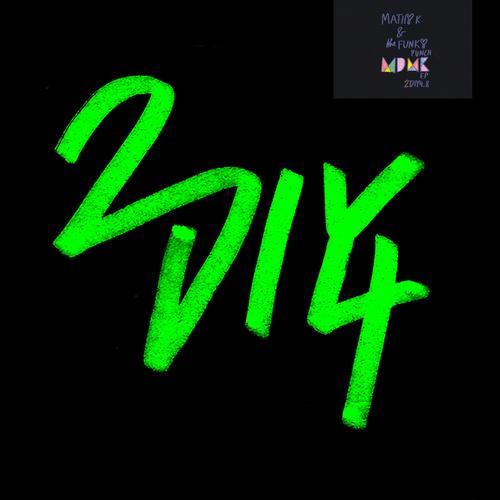 [Release]  Mathy K. & The Funky Punch is a bit of an urban legend. It is a shadow play in music history and a tale told by party addicts. The world wide web reveals several hints on his person, which are however, not officially confirmed. Initial Mathy K. & The Funky Punch activities were recorded in the 80’s. In the beginning of the 90’s he suddenly disappeared. Musicians, journalists and his fans are searching for him since then. Nowadays you find news articles, magnetic tape cassette and studded jackets with his portrait in the museums of music history. The most dramatic example for the swoon, which his disappearance caused within society is Mark Wahlberg’s project a.k.a. “Marky Mark And The Funky Bunch”, which was dedicated to him. In recent years pictures and sound recordings appeared which were assumed to be a proof for the new blazing activity of the music legend. However, almost everything was a fake initiated by greedy local journalists. The first evidence of his comeback which can be taken seriously was recorded in 2011. This happened when the track “Back In The Days” was released with utmost secrecy on a record label situated in Jena. A part of music history was revived. After decades of desire for his music and a legendary live concert in New York his first official EP will be released. The sound of Cosmic Disco influenced the EP to a great extent. Mathy K. converted it into a distinctive Mikro-Cosmic-Uptempo-Disco – Sound.