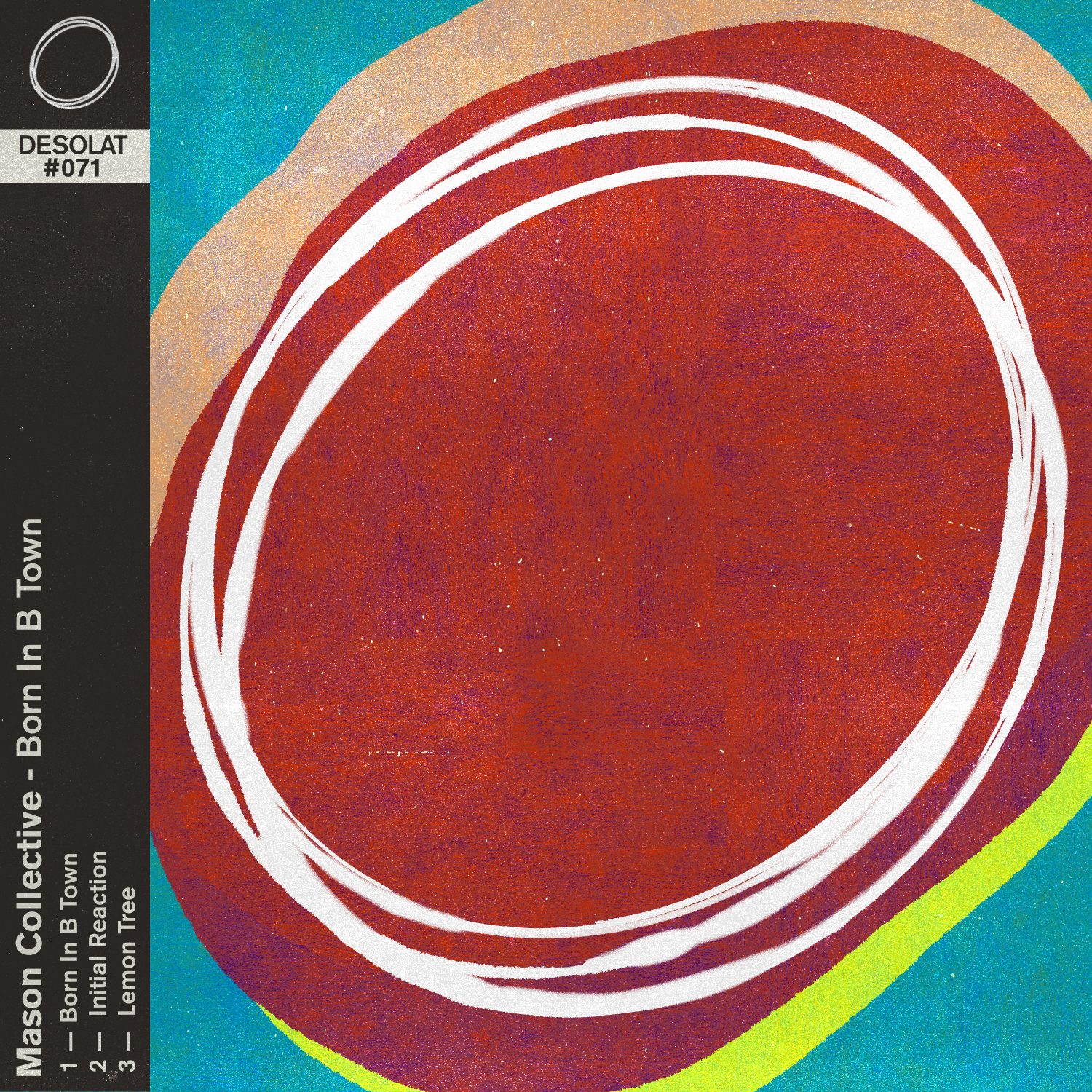 Manchester-based DJ and production trio Mason Collective continue their hot streak with the announcement of their biggest release to date, the 3 track EP Born In B Town, on Loco Dice’s celebrated label Desolat.

The EP, which features ‘Initial Reaction’ and ‘Lemon Tree’ alongside lead track ‘Born In B Town’’, has already been garnering support from a wealth of the scene’s biggest players, including Jamie Jones, Luciano, Solardo, Jesse Calosso and Jean Pierre.

Fresh off the launch of their label WHIPPIN with the latin inspired Wifey EP, Born In B Town represents a landmark moment for the trio, with the Düsseldorf-based label one they had long since aspired to work with; “Desolat has always been an inspiration to us as well as being one of our favourite labels” they explain, “it’s one we’ve always aimed for from the start.”

Having developed a reputation for high tempo, high energy tech house, Mason Collective are in typically fine form here, with deep riding grooves and hypnotising build ups throughout. Opener ‘Born In B Town’ is an epic six-minute trip, compounded by a typically dubby bassline and a pulsating build up that’s primed for dancefloors at peak time. ‘Initial Reaction’ is more minimal in its approach, with a sparse and mysterious vocal sample building the energy alongside a clean and crisp groove. Final offering ‘Lemon Tree’ delivers shuffling snares and hi-hats with distant, drifting vocal chops that come together to offer an atmospheric and hard hitting groover of a track.

Discussing the creation of the EP, the guys explain: “we made this EP roughly a year ago. Before we had a proper studio, we had a home set up in a spare room in our house and were working out of that, where most of our tracks were made. We didn’t have much hardware at the time, most of the tracks were made completely ‘in the box’ aside from the Moog.”

Headed  by  Blair  Suarez,  Adam  ‘Mase  Milo’ Myles  and  Omar  Guedar, it’s been a massive year for the trio, with hit releases on Hot Trax, Roush, Sanity and Sola in amongst performances at Fabric, Creamfields, Hideout, Parklife and Lost and Found. They also collaborated with FootAsylum and Adidas as the faces of the new Yung 96 trainer as well as teaming up with influential Manchester brand GRAMM. on a football shirt inspired jersey collection as they made moves in the fashion world also.

With their monthly ‘MVSON’ event series and Ibiza residency to come, the ‘Born In B Town’ EP is another standout release from the Mason Collective, which is out now, via Desolat.