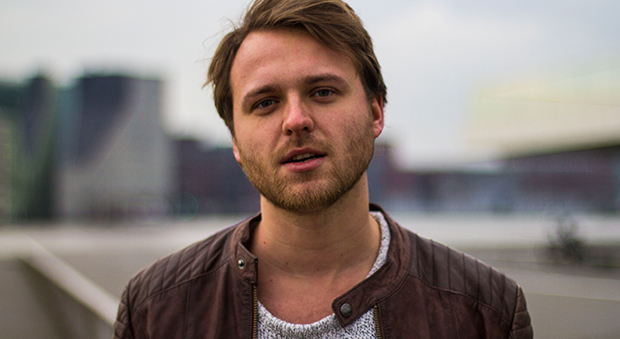 After receiving widespread recognition for books like “How Does He Do It?” and “Glorious Misunderstandings,” Maurits Verwoerd decided to start a career as a music producer. Though few doubted his skills as an artist, most of Maurits neighbours thought different about his compositions, causing him to start producing music in the underground dungeons of Amsterdam. Coming out occasionally, but only at night, slowly made him well known among friends and enemies as Nachtbraker (Dutch for night hawk).

The signs of exposure to a wide range of genres are clearly hearable in his music, ranging from ecstatic slow grooves to unconventional dub tracks. Critics often praise him for adopting a wide pallet of sounds and subtle, detailed percussion. While his celebrated performances receive increasing recognition, it’s unquestionable that Nachtbraker will keep a lot of people comfortably awake for the coming years. Besides several releases on Heist Recordings and Dirt Crew, he also found his own concept label Quartet Series in 2016.

How did you first get introduced to underground dance music? What is the most challenging part of becoming a full-time producer?
My first experience with underground music was simply by browsing the Internet for new music. Digging like my generation does ;). But lets say my first “real” experience with underground dance music must be at Club Poema. This is a venue in Utrecht where I lived close to. This night I went with my best mate to see Rauwkost do a liveset. The energy from their music conveyed into the crowd was simply amazing and from that moment on I was sold. I had never ever experienced this being together and connected through music on such an intense level. The most challenging part of doing this full time is time management. But I think its something every entrepreneur experiences. I’m my own boss, and I’m not good at telling my self to stop working. So in the end I’m busy doing music 24/7.. kinda living it. I also think this is the best way, to be fully committed. On the other hand, making time for family and friends should be just as high on the priority list. And I’m doing my best to maintain that. Biggest issue is probably that my usual day looks different from my friends and family. I go to bed later, and wake up earlier. I work in weekends, and try to take a day off during the week… which usually doesn’t happen.

What has been the most exciting turning point of your career so far? How did you first link up with Dirt Crew?
Its always hard to say since there has been many things happening recently. I did a Boiler Room this summer, I just have released my 7th vinyl ep and been playing in asia/brazil/Europe… crazy times. You could say that signing with Heist and Dirt Crew in 2014 was for me the biggest turning point, because from then on sh*t got real. I got the chance to pursue this career full time. But more recently I’d say launching my own label Quartet Series, which is a huge change in my life, since it costs a lot of time but most and foremost because it enriches me both personally as professionally.

Where is your home base? If someone were visiting there for the first time, what clubs and/or parties and/or restaurants would they want to check out?
I am based in Amsterdam where I live almost 7 years now. Imo.. the most beautiful city in the world, wouldn’t want to live anywhere else. I keep giving shoutouts to them, but if you’re in town and there’s a Midnight City party.. You better swing by. They’ve been pushing house music for a long time and were for instance one of the first to book me, Max Graef, Andy Hart, Brame & Hamo and others. If you’re into chicken go to Van ‘T Spit. Just meat in general go to Cannibale Royale. Spanish? Salmuera. Humus? Sir Humus.

What advice would you give to an aspiring producer?
Stick to your own sound, don’t make any concessions. Also don’t let someone else make decisions for you. It’s important you pave your own path. Don’t do a production course, do it yourself and you’ll create your own sound. If you wish to be authentic that is. Watching a tutorial on the internet about a plugin of compression is something different of course. But most important of all, know that if you’re passionate about what you do, nothing I or anyone else says matters.

What’s on the horizon for Nachtbraker the remainder of 2016 and beyond?
Well I just released my new EP on dirt Crew called “Really Ties the Room Together”.. yes The Big Lebowski is my favourite movie. Furthermore I have a remix coming up for the yearly Heist Round Up, this is where all the artists remix each other. Besides that I’m doing one track on my own label for the final record in the first Quartet. Next year I’ll launch two new Quartets. Gigwise I’m playing Budapest in November, Colombia in December alongside Bristol (UK), Utrecht and Groningen (NL).

Do you have any hobbies outside of music?
Not really. Probably food and sometimes I like to play Fifa on the xbox one.

What are some touristy things you do while playing in a foreign city?
I try to eat local food, usually try to go for a walk throughout the city to explore and I take a lot of pictures. Which in the end I do nothing with, but I do like to make them.

Dream gig…
On a beach with sunset.. did that once, want to do it again.

Name one of your go-to tracks…
This moment that has got to be Tell – Hope Springs Eternal which just came out on my Quartet Series. 130bpm’s of raw French sample house. Been playing it every gig I had in the past few months. Its also in this mix starting around 01:04:00.

Tell us about your mix…
As always I try to display all kinds of sounds I like to play out. This mix mostly contains new music.. been getting way to much good stuff lately so really needed to display it here.