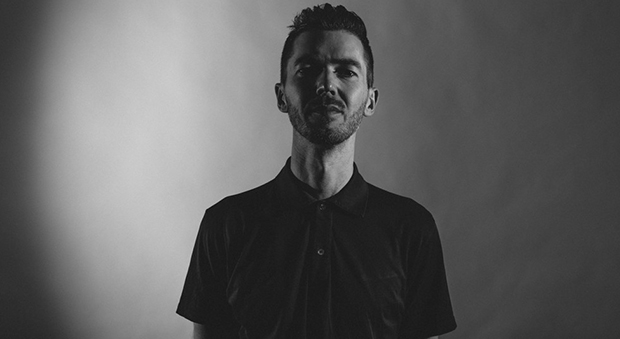 Scottish DJ, producer and label owner, The Revenge, provides an eclectic set of groovy tunes for our 157th Lovecast episode.

The Revenge has seen his original productions and remixes reach the catalogues of many stellar record labels–as a solo act and as half of 6th Borough Project–including Dirt Crew, Culprit, Delusions Of Grandeur, Let’s Play House, My Favorite Robot, Poker Flat, Get Physical, Permanent Vacation, DFA, and of course his own label, Roar Groove.

We’ve admired The Revenge for quite some time, so being able to host an exclusive mix from the über talented DJ and producer is dream come true. Enjoy!

Learn more about The Revenge in the interview below…

Interview with The Revenge

How did you first get introduced to underground dance music? What is the most challenging part of becoming a full-time producer?
My school friend Paul had a really astonishing taste in music looking back on it. He bought albums by The KLF, The Shamen, Prodigy and also mix compilations by Carl Cox and others. He had a comp called Flux Trax which had some really essential Detroit and acid house stuff on there.

The full time producer thing is really a balancing act. I’ve always been involved in the design aspect and delivery of my music as I feel that is an important part of the process; so my time is divided up into production, DJing, design and downtime with family.  They all inform each other in a way so it’s just about prioritizing and trying to stick to deadlines … that’s the hard bit.

What has been the most exciting turning point of your career so far?
I guess starting my most recent label, Roar Groove. It marked the moment where I joined up with a couple of close friends to start something that we could build together.

How did Roar Groove come about?
I wanted a home for my own production work and my collaborations with others. I also wanted to take control of the aesthetic and delivery of the final product. It’s a big challenge to retain your vision and your voice through all the elements of the music, design, packaging and delivery, but I feel it’s an important step in creating something that totally represents yourself.

Where is your home base? If someone were visiting there for the first time, what clubs and/or parties and/or restaurants would they want to check out?
I live in Glasgow, Scotland. The best club for me is the Sub Club. It’s where I first realized what a real club should feel like. And ‘feel’ is the most important part of a club I think. You need to feel at home in some way. To feel comfortable enough to lose yourself. People worry a lot about a lot of things when they design clubs, but how it actually feels is not possible to determine until it exists and people are inside and interacting whilst music is playing.  The Sub has a totally unique atmosphere. Glasgow has lots of great smaller clubs too; The Berkeley Suite and La Cheetah are two of my other favourites in the city. My favourite drinking spots are Distill in the Kelvingrove area and Chinaskis at Charing Cross. My favourite eating spot is Stravaigin in the west end – it’s a pub and restaurant and has a super relaxed atmosphere with a focus on Scottish cuisine done with a twist.

What advice would you give to an aspiring producer?
Make music for yourself and enjoy it. Not everything needs to be released. I’ve got about 500 unreleased tracks sitting around that will most likely never see the light of day. Production is about producing, not necessarily releasing. Make music because you love to make music first and foremost.

What’s on the horizon for The Revenge and Roar Groove the remainder of 2016 and beyond?
The end of the year is studio time finishing the next 6th Borough Project album mainly. It’s due out February so finishing touches are being made now to get it done and dusted. I’m also planning a live Revenge album which should be out summer / autumn next year to coincide with a few live shows.

Do you have any hobbies outside of music?
Sleep when I can get it.

Dream gig…
Anywhere with an open-minded crowd, a good sound system and a smoke machine.

Tell us about your mix…
House vibes.