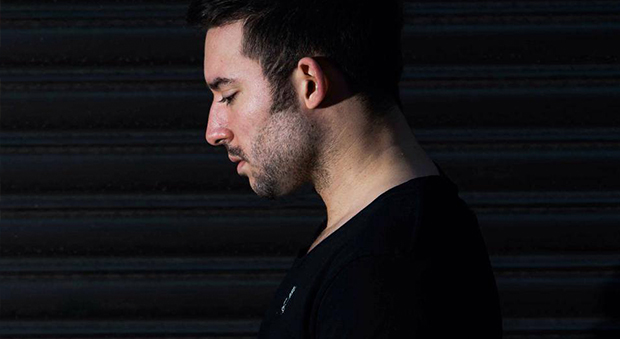 Stevie R, otherwise known by the name of Stavros Potamitis, has been making some heads turn in the industry since his producing/DJ career inception. Introduced to classical music at an early age, Stavros decided to take his early years of experimentation and knowledge and apply it towards a career in making music. Alongside his prominent personal career, while in London, Stavros decided to branch out and help construct the ever-evolving Inside Out Records.

Running his own label Inside Out Records, working as a sound designer for the renowned Cr2 Records, and releasing his own music have kept Stevie R busy for the last couple of years. His productions have hit labels the likes of OFF Recordings, Babiczstyle, Inside Out Records, Motek, Dialtone, Union Jack Records, Steyoyoke and the list keeps going. His music has also been charted by music pioneers like Nick Warren and picked up by HBO for the famous series ‘Girls’. Furthermore, ‘Deep Analogue House’, ‘Dark Tech House’ and ‘Deep Analogue House 2’ sample packs, which he designed for Cr2, all proudly figured at Beatport’s number 1 chart position.

It might seem hard to believe that Stavros has achieved all that at such an early age considering he entered University Of Peloponnese in 2006 to study ‘Telecommunications Engineering’. After his graduation and having obtained a good background in digital signal processing, he moved to London in 2012 to join Point Blank School Of Music, where he obtained his ‘Music Production and Sound Engineering’ Diploma. Shorty after handling him his diploma, Point Blank wrote a student success article for him.

So how did you get mixed up in the crazy world of electronic music?
My musical journey started while studying classical guitar at an early age.  Next thing, I found myself playing in various bands and progressive rock was by far my favorite music at that time (still is really.) Vangelis and Kraftwerk are to blame for me taking interest in electronic music.  Still remember my first listen to “The Machine Man”, a record which made me feel that there was a world without boundaries in electronic music I felt I had to explore.

We love your label, Inside Out Records, can you tell us what inspired you to start your own label and release music?
The label was founded about three years ago with Alex Zed and Ted Alexander.  A label about innovative art, which brings talented people from different cultured together with the utter goal to offer unique sounds to those thirsty for it.

We also love your sound packs that you have been releasing lately.  What drove you to put out sample packs, and do you put out your top with those, or save the best samples for yourself.
Doing music full time, sample packs (and library music in general) would be tasks that I consider work, but still have loads of fun doing them.  I respect people that buy m packs and I can assure you that I give my best sounds in them.  Cr2 guys are freaks with quality so I don’t really have much of a choice (laughs).  If someone can take my sounds and make something amazing with them that makes me very happy, plus it pushes me to create new sounds and constantly evolve.

Can you tell us a little about your studio and what you use to produce?
I love the fact that we got a bit more technical and I’m quite the nerd (laughs).  At the moment I run my analog synths through my Mackie Onyx 1640 which then feeds into my Motu 828 soundcard.  I also usually send my synth to my Korg Kaoss Pad 3 and I can get a bit more creative with the sound, glitching it up while recording.  Synth wide I own a Moog Minitaur, Ms20 mini, and SH-09 in my own space, but being a full time engineer and working in various studios I have constant access to synths from Arp-2600 to vintage Minimoog Voyager, Prophet 6, etc.  I use either my Akai MPK261 or the Beatstep to control them.  I also own a large collection of ethnic percussion, some microphones and my beloved guitar.  I do enjoy organic sound so i would pick live recording and then editing to programming anytime.  Mixing wise I own lots of expensive toys, but my favorite one is my ears.

Do you have a favorite synth or plug in that you always seem to go back to?
Favorite Hardware Synth:  Roland System-100
Favorite Software Synth:  Rob Papen SubBoomBass
Favorite Mixing Plugin: UAD Manley Variable MU

We saw that you are now playing a “Live” set. Can you tell us a little bit about your set up and what playing “Live” means to you?
Live to me ins the creation and alternation of sound textures (whatever they are) while performing, so that people can respond and connect to its unpredictability.  Obviously since it’s a one-man show many elements are preprogrammed and ready to be triggered, but you will always see me creating new elements and messing with the existing ones while on stage.  I change my live set up all the time if I have to be honest and try to keep it fresh.  You will always see my midi controllers, sequencer, and iPad (Animoog is great!) in the bag, that’s for sure.  Then in every show I try to spice it up and bring you players to my team. (Players with buttons and knobs).

Who are some of your favorite artists/labels at the moment?
Favorite artists:  Four Tet, Stimming, DJ Koze, Osunlade
Favorite labels: Pampa, Inside Out Records, Motek

Dream artist you would love to have on remix duty for Inside Out?
Burial and Four Tet Remixes

What do you have in store for the future, both for Inside Out and yourself?
So many things… There is my personal album project on the go, two releases on Motek with my good friends Mattt Hardinge featuring Aquarius Heaven and Wayne Tennant, a release with Kosmas on Babiczstyle, with Namito on Parquer and Dialtone and so many more things.  Regarding Inside Out, we have something big planned for 2016 but it’s still too early to talk about it.

When not making music and engineering, what do you do with your time?
Unfortunately I don’t have any free time lately and I’m being serious. I start at 7 am and finish roughly around 9-10pm. Then I’ll probably go for a drink.

Do you only engineer house/techno music or do you also work on other music?
At the moment along with my partner Simon Tew I own S2 Production House (s2productionhouse.com) where along with a strong team we have assembled we engineer for various genres.

When not listening to electronic music, what do you vibe out on?
Aphrodite’s Child, King Crimson, Pink Floyd, Led Zeppelin, Bob Dylan

Tell us a little about this mix…
It’s mostly my tracks in there from upcoming releases. I really like your blog so I felt it was the right moment to reveal some of my best upcoming releases on this mix.