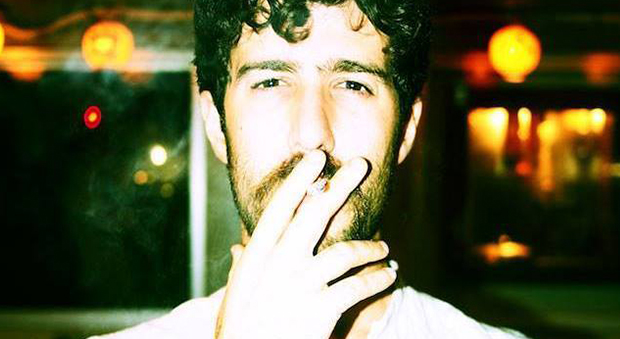 You’ve probably seen this peculiar name floating around on the interweb⎯El_Txef_A. If indeed you have caught wind of the moniker, more than likely it was directly connected to one of a few other names⎯Permanent Vacation, Suol, Hypercolour, or Pets Recordings. Ring a bell?

Aside from releasing tunes on said names above, El_Txef_A aka Aitor Etxebarria operates a label of his own, Forbidden Colours (previously Faikun). El’s latest LP for the label, ‘We Walked Home Together,’ just received it’s second remix package that was released earlier this month; includes renditions from Hrdvsion and Bedouin. A third package is due out later in 2015 as well.

El_Txef_A’s upcoming gigs include: a tour in India; Electric Pickle in Miami; Verboten in NYC; and Papaya Playa Project in Tulum, México. If Aitor comes through your neck of the woods make time to go see his magic.

Thanks so much for taking the time out of your schedule for us. We are big fans!
Thank you! It is my pleasure! I got so much respect for your work also.

We’re sure you get asked this often, but first off, how did you come up with the moniker El_Txef_A and what is the meaning behind it?
Yes, basically when I was 18 years old I was selected by the French magazine called Trax as a Spanish and European up-and-coming artist from a demo I sent in; so I needed to sign with a name. First I thought to use my real name, Aitor Etxebarria, but I didn’t know how my career would form so I decided to sign with this name after some joints. There is no real meaning but the “ TX “ it is very Basque⎯I  think it is so unique. At first sight it looks weird; that kind of different name creates interest I guess.

Where are you based currently? What’s the local scene like there? How does where you live influence the music you create?
I’m based in Bilbao, the Basque country, where there are regions in Spain and in France. It is so beautiful and calm here. We have a strong contrast between mountains and the sea⎯that makes it so unique.

My agency is in Berlin and I have a great connection with them, but I still prefer to live here in Bilbao. It is not a city with a big big scene of Techno or House music, but we still have some good raves and also some proper events at the Guggenheim museum or at some cool clubs like Gernika or San Sebastian.

Being apart from the busy European electronic music cities like Barcelona, London or Berlin gives me the chance to create more objectively.

Your full-length albums seem to have a different vibe compared to most of the individual EP releases. Do you have a different process in the studio for each?
Yes, you are right! When I record an album I  work on a concept for a whole year⎯maybe two; composing so many drafts and thinking all the time about the main concept of the album. The feel is usually more calm with lot of classical instruments.

On the other hand, I love to compose more dance floor stuff when I release singles or EP’s⎯maybe more techno or acid trips.

The second remix pack for ‘We Walk Home Together’ was just released last week. How do you go about choosing whom to collaborate with? What’s one remix that stands out to you out of this recent bunch?
Yes, we just released the second pack of remixes from the last album. First pack was kind of dark so I wanted to breath more colors into this one. I just contacted one of my favorite artists and friends to collaborate on the EP. We are working for the third pack that will be out later this year and will be stunning!

What projects are in the pipeline with your label Forbidden Colours that you are particularly excited about?
As I previously said,  the third pack will be out later this year. We are also working on the first big label showcase in Berlin in December. The event will be a huge party with a lot of artists from the label at a mystic club. The showcase is going to be awesome!

Dream gig…
I will be playing in India in August. I think that will be a real dream.

What’s one track in the current rotation that really gets the dance floor moving?
I ended my sets last weekend in Poland and Germany with this track.

Tell us about your mix.
It’s a trip going from my favorite new tunes to classic tracks. Starts dark then more colors appears in the mix. Acid jams are also included.