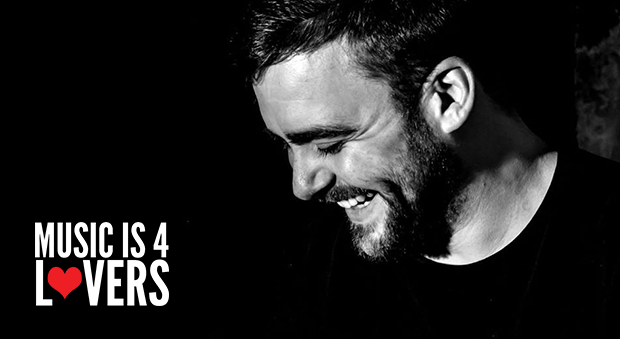 Waking up in the morning in a haze and asking yourself — “What happened last night?” — isn’t always a bad thing. For Max Chapman, having a night not to remember and losing a couple CDs landed him a record deal and his debut track being aired on Pete Tong’s radio show — springing the then-youngster into stardom. Good ol’ Jack Daniels! Who knew whiskey contained such luck!

Since that fateful night in 2011 when he was merely 23-years-old, Max has pounced on every opportunity presented to him — picking them off one by one. Eight months into his DJ career he formed Resonance Records with lads AJ Christou and Mark Horsey. The label has housed tracks from a handful of our fave producers; such as wAFF, Dale Howard, Kreature, Cozzy D, and of course Max Chapman. Besides Resonance, Max has a plethora dance floor bombs on labels like Lost, Neim, Nurvous, Dilate, Sleazy Deep, and Hot Waves. We first took notice to Max in 2012 when he dropped “Hot Cakes” on Kaluki Musik — floor-filler for sure!

Read more on Max Chapman’s remarkable story and learn what’s on the way from Resonance Records in the interview below; and enjoy this week’s Lovecast episode that Max has so kindly graced us with.

You’ve had some really great successes in your young career. In your opinion, what top three qualities must a young DJ/producer possess to succeed in the music industry? How much of it is luck?

To be honest there was a lot of luck involved with my first release. I went to watch Russ Yallop at Sankeys in Manchester after a day at Parklife Festival. I took some CD’s along to give to the DJ’s and ended up getting completely wasted and lost them in the club. The following morning I was woken up by a phone call from Simon Heslin from Electronique, he was still in the club having a lock in and they had put my CD on. He loved it and he said he would sign every track on there — “Lost EP”! 2 weeks later the lead track “Lost” was aired on Pete Tong’s Radio Show and since that day I have ben gigging regularly. Of course before that happened there were months and months spent making music to a standard that was sign-able. People these days think that you can just buy some digital DJ hardware or software and start playing out — unfortunately guys, that’s not going to happen. If you want to make some noise or get noticed you will HAVE to be producing your own records. So many people look at this as a negative; they don’t have the time or they can’t be bothered. That’s rubbish! It’s actually my favorite thing to do. It’s so much fun and even more so when it becomes your work. So all I have to say to the youngsters is get yourself a Mac and some recording software; I recommend Ableton, purely because its quick and easy to lay ideas down and you can improve fast on that platform.

What new projects do you have coming down the pipeline on Resonance Records? Who is a hot up-and-comer you’re especially excited about?

We have all sorts coming! Next up is Jey Kurmis with a 4 track WP; followed by Anek with another 4 tracker and a System2 Remix; then it’s a Liverpool Lad called Tekla with 3 tracks and 3 remixes from Third Son, Adam Curtain and Igluu; then we have an EP from myself; another 3 track package from Hauswerks with a Detlef Remix; then we have a Pete Dorling EP; and 2 more EP’s from some newcomers, SecondSelf & Dub.C and Piers Crozier has a belter of an EP with a Leftwing & Kody Remix.

In your experience, what corner of the world has the best crowd to play for? What gig do you dream about?

That’s a tough one! Personally I love Mexico/South America; they love it so much out there, vibe is always kicking and the sun is always shining! Australia is close to my heart too as I used to live there for 7 years when I was 20. I recently toured there and had probably the most fun I’ve ever had touring.

What forthcoming releases can you tell us about? How do you decide on what labels to pitch your music to?

I give music to my friends mainly. We are trying to stick together and support each other as much as possible. I have an EP out on Lost Records 20th March with a banging set of remixes from Christian Neilson and Igluu; then my EP on Resonance in May.

Where is your sanctuary?

It would have to be my studio. I’ve just had it refurbished and I only ever leave it for gigs! haha!

My drink of choice has to be Jack Daniels or Havana 7 either way I arrive at the decks with a bottle and leave without!