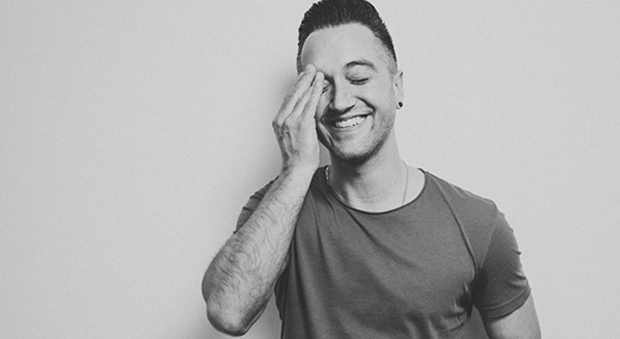 Ramon’s tunes can be found on many top labels, including Bedrock, Toolroom, I’m A House Gangster, Kling Klong, Snatch!, Knee Deep In Sound, Yoshitoshi, and Suara.

We’re excited about this massive addition to our Lovecast series. Enjoy!

How did you first get introduced to underground dance music?
It was actually my sisters that introduced me! They always came back from clubs with cassette tapes of all this new music, and of course they played the music over and over again at home when I was younger, so I of course started to get into it. That’s actually how I got to know many of the now, classic records. Some are now even considered pre-historic! So still to this day I have my sisters to thank for educating me with their taste in music.

What is the most challenging part of becoming a full-time producer and touring artist?
Having enough time to finish remixes, create your own tracks, get time in the studio and also still tour the world. So time management is a must and to be honest I am really really bad at it. Luckily when the vibe hits the right spot I can finish a track in about 8 hours, but when it doesn’t it can take up to a couple of weeks before I get the flow going. But I guess that’s with all artistic processes – you can’t push it, it has to flow naturally.

What has been the most exciting turning point of your career so far?
Getting recognition from big artists like Loco Dice, Carl Cox and DJ Sneak. It was actually something I always hoped for, and it became a reality. Some of these people I can even say they’re friends now too, which is crazy.

Signing with Strictly Rhythm and making an edit album with 12 edits and 2 new tracks from myself was an exciting one for sure, especially as it really put me on the map at that time. One of the last turning points musically, I would say that signing with Knee Deep In Sound was amazing, and I am really happy with the result of the EP too, as well as the awesome remixes.

Where is your home base? If someone were visiting there for the first time, what clubs and/or parties and/or restaurants would they want to check out?
I live in Antwerp, which is located in the Dutch speaking part of Belgium. It’s a historical place so there are many cool buildings here too, so if you like stuff from the middle ages, there is a lot to see. There is a cathedral of course and also the train station and the Rubens House which is the house where the famous painter Rubens spent a big part of his life.

Club wise – there are loads of options. Ampere is a recently opened club with some great line ups and is located under the train station, yes you read it correct – UNDER the station! We also have the famous Café D’vers which is the best known club in Antwerp, which is actually an old church. It has a great vibe always and then you have Vaag also which in English means Vague. It has a great Soundsystem too.

There is something for everyone in Antwerp, from sightseeing, food, history, clubs and more. Tropicos is a Brazilian restaurant and they have the best Quesada in town, I get hungry just thinking about it.

What advice would you give to an aspiring producer?
Never give up and always believe in yourself and what you produce. It’s hard to keep going this when you get a lot of rejection in the start, but you have to pick yourself up and go full force ahead, otherwise you won’t get anywhere.

Especially with art, you have to give yourself time to grow so that means making mistakes. The more mistakes you make the faster you learn. So that means banging out those tracks, good or bad. So what you waiting for? GO!!

What’s on the horizon for Ramon Tapia in 2017?
I just released an EP on Hot Since 82’s Knee Deep In Sound with remixes from Tiger Stripes and Re:You. On the 14th May I will be releasing a new EP on my own label Say What? Recordings with a remix from Kikdrm. Another Knee Deep In Sound later this year, probably around summer time, working with Monika Kruse on a Terminal M release and a load of cool remixes! Gigs wise, things are getting busy for me, I have loads in the EU and also excited to be heading to Australia on tour in June.

Do you have any hobbies outside of music?
I love working out, watching movies etc. Basically the normal things that anyone else likes to do to try to unwind! Most of the time, things are connected with music, it’s just a natural thing when you work in the industry, and love it as a passion at the same time. Maybe I just am a freak as I like to do music all the time, but I think most artists will say the same…..

What are some touristy things you do while playing in a foreign city?
If I do have time, I love museums and especially those with art from the middle ages. I studied art history at school and also went for my Goldsmith Degree, so I think that part just got me. As I said earlier, time is always my enemy – flights, airport pick-ups, etc etc. So you never really get to see a city properly, when you fly in, go to dinner then the club and then back out again.

Dream gig…
Having my birthday with all my favorites from Loco Dice, Chemical Brothers, Luciano to Kendrick Lamar. Man, that would make me so happy!

Name one of your go-to tracks…
“Fango” – Rectum

Just because I am addicted to that cowbell! Don’t ask why – it just makes me go crazy, in a good way! I love it.

Tell us about your mix…
From house to techno and back again. I actually hate talking about my own mixes to be honest. I let the audience decide if its good or not, and if they’re feeling it. I know I was when I was making it 😉

Drink of choice…
I am totally a vodka drinker. So for me it’s going to be Vodka with Fanta. Simple drink and I am a happy man. But to be honest, when I am playing, I rarely ever finish a drink.