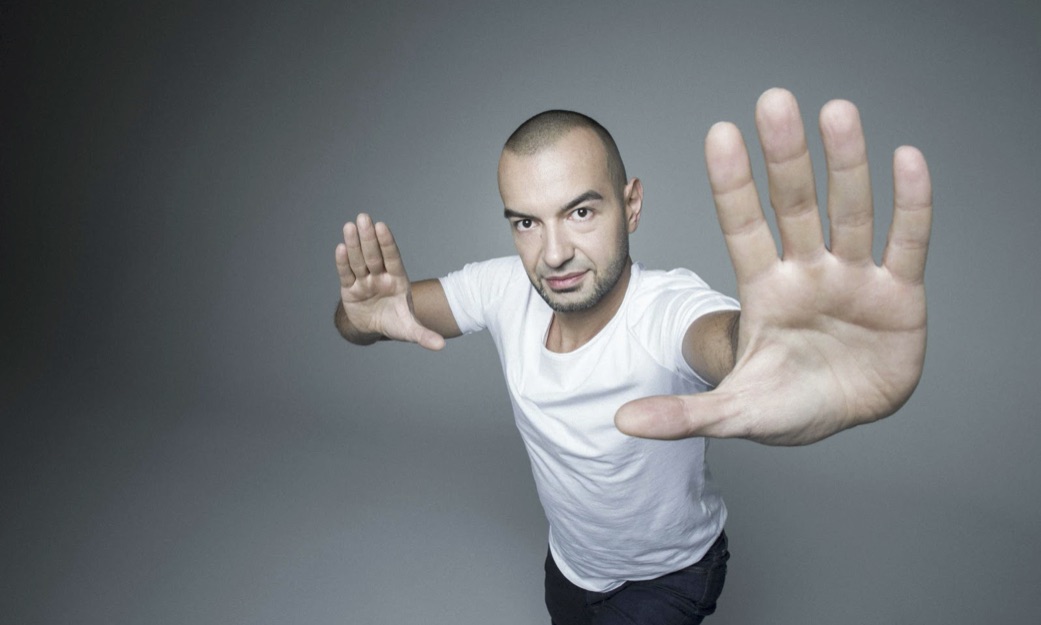 On May 9th a new party concept from KiNK launches at London’s E1. KiNK Presents Soundcheck.

An event where there is no one defining genre, where we embrace the various creative outlets of the artists on show and new exciting musical projects are given their chance to shine.

For the first time ever in one evening, KiNK will perform his notorious Live show that earned him the top spot in the final two editions of the RA Live polls, and then go on to perform a drum & bass DJ set in E1’s Dark Studio.

Whilst many know KiNK for his incredible showmanship, playful house & techno productions (epitomised best by his “Playground” LP on Gerd Janson’s Running Back in 2017), and his warm nature and popularity, what they may not know is that he has a deep love of drum & bass.

KiNK’s earliest exposure to dance music was through pirated cassette tapes that he used to buy on the streets of Sofia, Bulgaria in the 90’s. Future Sound of London and Shy FX were some of his favourites and he spent hour upon hour listening to the signature drum and bass sound that was coming out of London in the 90’s.

Anyone who’s seen KiNK’s Live show or his RA Alternate Cuts Jungle set, will know just how special this is going to be.

Joining KiNK, is another one of the dance music’s greatest figures. There are few names in the music industry that have had such a profound impact on the culture of dance music as Goldie. Founder of the legendary drum & bass outfit Metalheadz, being awarded an MBE, an actor in the Jame Bond film The World is Not Enough and Guy Ritchie’s classic ‘Snatch’, a highly regarded graffiti artist and producer of the boundary pushing Inner City Life and Timeless. His contributions to creative culture are unparalleled. 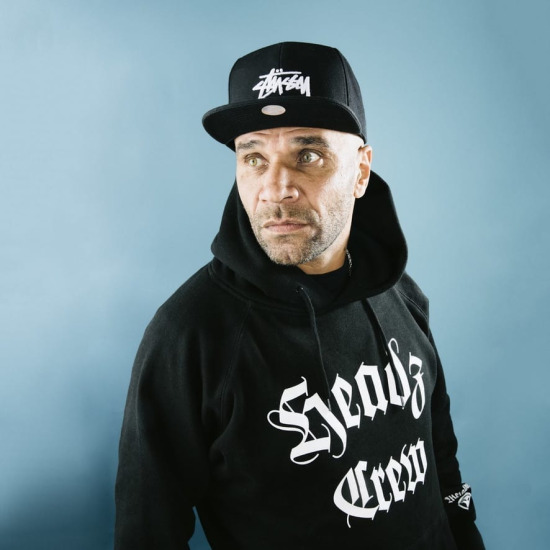 As a DJ, he’s at his best when he has time to tell his story. So he’ll be playing at Extended DJ set in the Dark Studio with MC GQ.

Headlining support in the Warehouse is one of the most masterful disc jockeys we know. Detroit legend DJ Bone. A DJ’s DJ who earned his respect within the scene, as a DJ first and foremost, whist many others have gone down the production route. Blending, scratching, back spinning, no monitors or headphones; unrivalled in his use of the fader switch, you name it he does it and he incorporates it all into every set.

His dedication to the art of dance music and DJ’ing is so untainted and intense that the tales of his confrontational encounters with flashy booking agents and “big name” djs are already the stuff of legend. No hype or trends, just a relentless drive and passion to take the party to another level. That’s why he’s one of the few spin masters other DJs hate to follow.

The line-up doesn’t stop there though. Playing in the bass orientated Dark Studio is an artist who through his time as Om Unit, has always drawn from various influences that include hip-hop, dubstep, ambient, jungle, footwork, techno and more. In the late 2000s, Om Unit began to travel across genres and scenes in search of sonic tropes to cross-breed and re-imagine. Key to his approach has always been a desire to never settle for the destination and instead focus on what can be learnt from the journey.

In 2011, Om Unit set up Cosmic Bridge Records – his own label through which he has exercised an A&R sensibility that has created an exciting independent home for like minded artists. In 2014 he signed to Goldie’s Metalheadz, where he was given access to Goldie’s personal sample archive as the inspiration for his Inversion album.

Another special guest will be announced shortly. All we can say for now is that she’s one of the most exciting producers to break through the UK dance scene right now.

Straight off the back of his Phonox debut alongside key players from the Innervisions roster and opening set for Sasha at E1, their resident DJ Nick Castle also joins the bill.

Curated by KiNK, produced by Labyrinth. See you on May 9th… 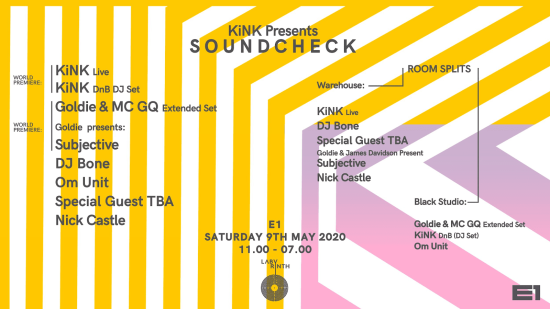