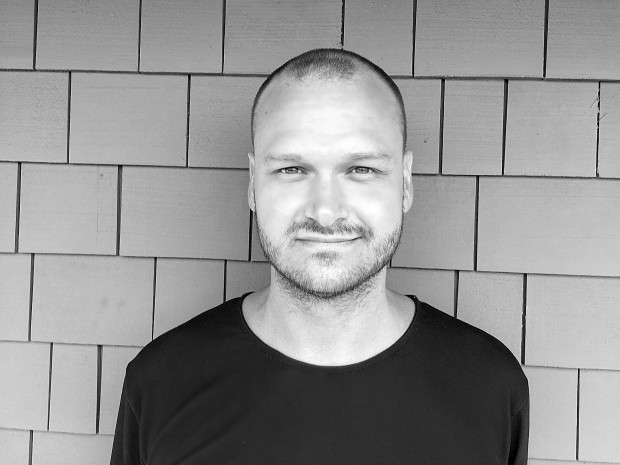 Jimbo James harnessed the funk at an early age growing up in Chicago. The son of a badass bass player, young James was raised on groovy rock ‘n’ roll of the 80’s; bands like Steely Dan, Led Zeppelin, Little River Band, The Doobie Brothers, and Pablo Cruise shaped his taste. Jimbo studied classical music starting when he was 10 years old playing trumpet for the school band; which he continued to do up until he graduated high school. As a teenager, Jimbo also played drums for a handful of rock bands during the grunge heydays of the 90’s. Maturing into a young adult, Jimbo travelled west to San Diego in 1999; once in Cali he began producing hip hop beats and writing rhymes. He was influenced by the smooth rap music of OutKast; Goodie Mob; Hieroglyphics; Gang Starr; Living Legends; Twista; and of course California’s finest, Snoop Dogg and Dr. Dre. During Jimbo’s early-twenties, 2002 or so, he lived with a DJ from Chicago who owned a wall-to-wall record collection of deep house music. The suave, melodic beats reminded him of the hip hop music he had grown to love; he spent hours in the kitchen fiddling on the turntables.

Fast-forward to 2011, the resurgence of underground dance music strikes California! Jimbo, along with friend Jon Dadon, throw a small, one-off party called Lovelife–booking Life and Death duo Thugfucker as their guests. The first event was a smash! That led to the second party, and then the third; six years later, Jimbo James and Dadon are over 100 Lovelife parties deep! Notable guests over the years include Tale Of Us, Lee Burridge, Lee Foss, Damian Lazarus, Blond:ish, DJ Tennis, Audiofly, andhim, Catz ‘n Dogz, and the list goes on and on. Lovelife is known for their wild themes–from masquerades to zombie-themed parties, to pirate boat parties, and of course they’re hugely popular Star Wars parties.

As Lovelife was taking off, Dadon enlisted Jimbo James to assist in building his recently founded blog, Music is 4 Lovers. Jimbo thought contributing to MI4L was a great way to dig deeper into the tunes he was captivated by, and also educate party-goers in San Diego what house music was all about; he selected the pen name “jams” and got to work. Currently, Jimbo is the Editor-in-Chief of MI4L, spearheading the blog’s music programming and leading multiple contributors simultaneously who write music/event reviews and features. He’s booked artists like Claptone, Super Flu, Till Von Sein, Alex Niggemann, Matt Tolfrey, Animal Trainer, Doctor Dru, John Tejada, Digitaria, Phil Weeks, Russ Yallop, Hanne & Lore, Chaim, and My Favorite Robot for the ever-growing Lovecast series, which has surpassed 200 episodes.

Jimbo James’ DJ career picked up speed after spending the summer of 2013 in Ibiza living and working with Miguel Campbell. There he honed in his mixing skills by playing back-to-back with Miguel for hours on end at their private seaside villa. On the White Isle, Jimbo also befriended Defected’s star producer Sonny Fodera. The two played together every Thursday night in a small club tucked away in San Antonio’s notorious maze of pub-filled alleyways, The West End. Jimbo James returned to Cali a new man after his four-month retreat in Ibiza. He hit the ground running–not only getting back to producing events, but now DJing parties all around San Diego, Los Angeles, and México. Since then, Jimbo has warmed up the dance floor for Visionquest, Doorly, Laura Jones, Noir, Jimpster, Maxxi Soundsystem, Fur Coat, Mr.C, MANIK, &ME, Tim Green, Martin Roth, Francesca Lombardo, Kolombo, Droog, Yousef, and many more; he’s also played a handful of popular festivals: Lightning in a Bottle x 4, The BPM Festival x 4, Woogie Weekend, and Desert Hearts.

Jimbo keeps his head down, grinding day in and day out–doing his part to contribute to the flourishing music industry and his band of Lovers around the world. The horizon is wide open and the opportunities are abundant for Jimbo James.