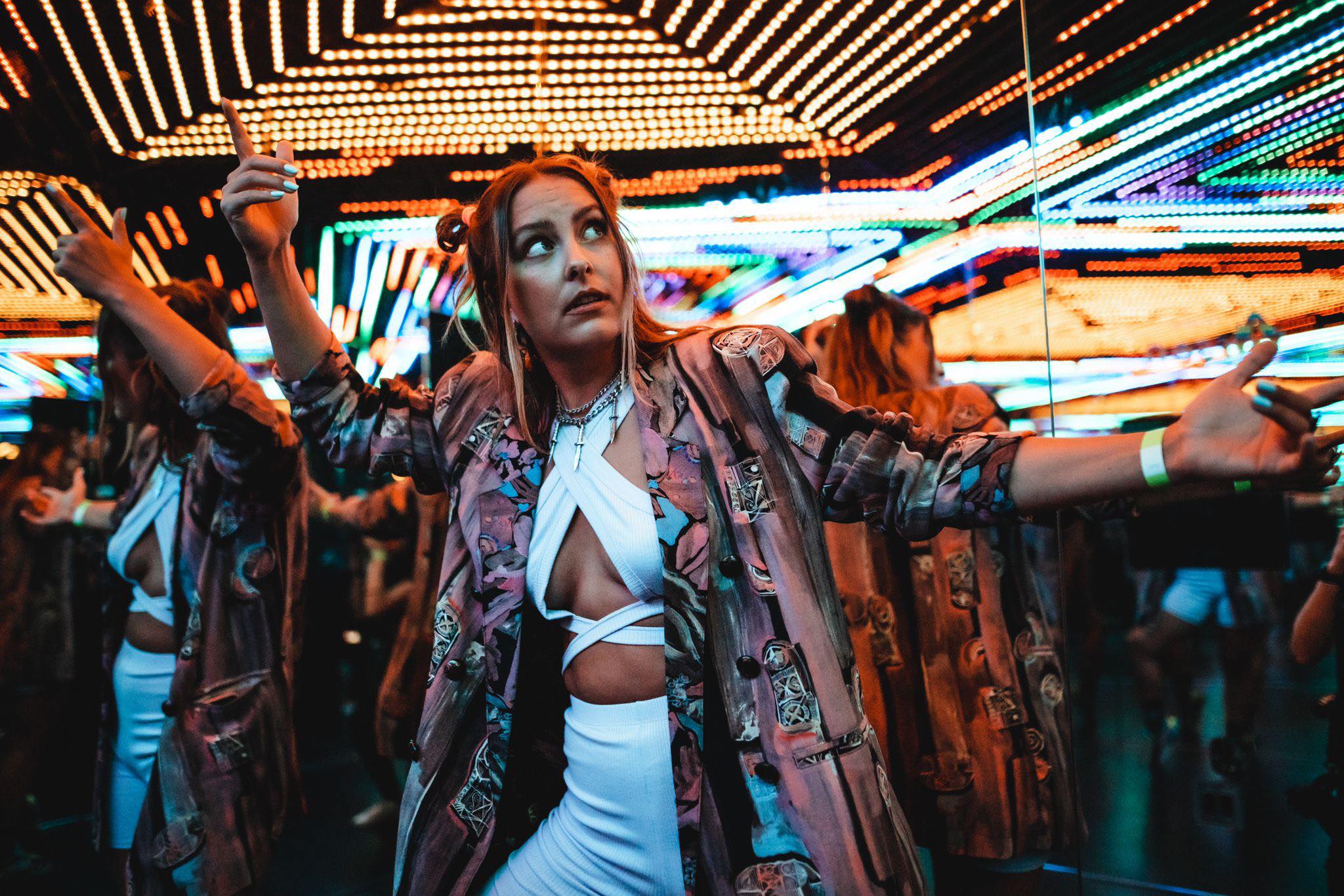 Contributing WriterApril 18, 2022
FEATURESINTERVIEWS0 Comments 0
For ten years Desert Hearts has captured the spirit of a movement – defining what it means to be a DIY party crew while fostering a love-swept global community. From the Mojave Desert to premiere clubbing destinations around the world, onwards to the living rooms of their devout followers via DHtv in lockdown, Mikey Lion, Lee Reynolds, Marbs and Porky never imagined just how far their creation would take them and their growing family, all on the back of House, Techno & Love.
Through it all, Desert Hearts Festival has remained the beating heart of the movement, a portal into a utopian world crafted as much by the participants as the organizers. Today the DH crew has announced the lineup for its ten year anniversary at its new and improved venue, Lake Perris, California on April 28-May 2, 2022.

⁃I’m based in southern Cali as of now

Can you tell me about how you got into electronic music and became a producer?

⁃I got into electronic music when I was 22 after my roommate in college at Nebraska studied abroad in Australia and showed me some of the tracks she was hearing out there! I became a producer about 3.5 years ago, hitting friends studios learning and jamming. I made it official when I enrolled in IO academy in Hollywood in spring 2019.

⁃At the time I was jamming with friends who make house or techno and most of the students in class were on the house tip. Making breaks came naturally to me I didn’t have influence but it doesn’t seem too random since I’d listen to my dad drum like that at home when I was growing up. When I fully submerged myself into breaks and electro I learned all the best tricks from SCHROEDS my former co-worker at Native instruments and friend!

What is your approach to DJing, who influenced you as you got into it, what is your own unique style?

⁃I’ve never been influenced by anyone specifically as a Dj only learned some technical tips and tricks from friends. I play what literally makes my soul pop off and makes me feel good and that’s what everyone gets from me. Since day 1 of listening to music as a young girl after school and sports I’d lock my bedroom door blast music and dance in front of the mirror all night. I get to do that as a living now 🙂

How has your year been? What has been good and bad for you?

⁃My year has been transformationally beautiful! Finally getting proper recognition and respect in the scene for what I’m doing and it’s showing with my bookings and Spotify numbers. Beyond grateful to have been going at this with the long game mentality. On the flip side, I am going through a lot of emotional changes in my personal life so navigating that while my career is on the up and up hasn’t been easy but I am strong!

What else does Mary Droppinz have for us for the rest of the year?

Also make sure to Listen & Vibe to Mary Droppinz newest EP out on Altered States:

You can also check out Marry Droppinz at Desert Hearts Festival 2022!