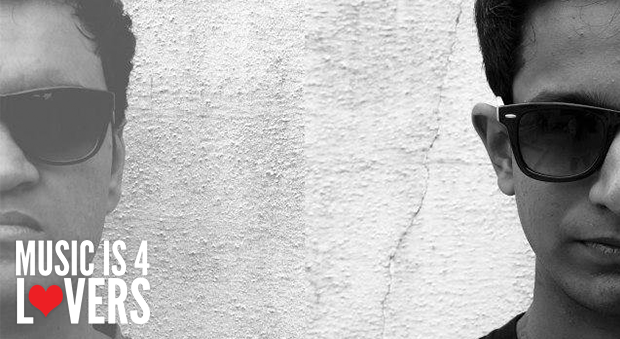 Recently we had Kevin Knapp on as our guest for Lovecast 072 where we talked about his recent tour in India. We asked Kevin who were some local DJ’s he met along his trip that he would consider a Hometown Hero — his answer was Twokid Wickid in Bangalore — “I felt like they were great kids and really deserve a good break,” Kevin said. So, here they are — Achal & Prithvi aka Twokid Wickid.

Twokid Wickid are resident DJ’s for Regenerate — a reoccurring event and music agency based in Mumbai. Regenerate — meaning restored to a better, higher, or more worthy state —  have been fighting the good fight since 2013. Their most notable party being By The Pier — an annual dance party on the scenic shores of Mumbai. The Regenerate roster includes recent notable guests: HNQO, Tigerskin, & Kevin Knapp. We hope to make it to a Regenerate party someday — sounds like a great adventure!

The house music scene in India is definitely up-and-coming and Twokid Wickid are at the forefront of the sound wave. We’re excited to give them a platform to stand on for this week’s Hometown Heroes. Enjoy the mix & interview below.

* CLICK HERE if you do not see the SoundCloud link.

How did you get into dance music and DJing?

We got into dance music around 5 years ago. We were good friends who grew up exchanging music and back then it was all kinds of music like pop, rock, hip-hop, and the odd dance track. But as time progressed and we started exploring different clubs and venues in our city and across India we were hooked onto it. Also, the scene around the world and their main protagonists also played a part. It was fairly new to the country back then with only a handful aware of the goings on. We were inspired by the kind of music we heard , the DJs, the vibe and wanted to try and be a part of it.

In three words describe the dance scene in Bangalore.

Start at night, party through the day 🙂

Tell us about Regenerate and your association with the company?

Regenerate happened only recently and we are extremely pleased that it did. Both Bhishma and Aneesha are very passionate about the music and want to make a difference.  They started Regenerate with the same idea and we got onboard last year since we had the same goals in a way. To help in pushing the scene collectively.

What do you find to be the greatest challenge working in the dance music industry?

Working with the dance music industry has challenges of all kinds. But in India, the main problems are exposure and professionalism above the grass roots level. It is sometimes a struggle and we as artists make a lot of compromises. This is exactly what agencies like Regenerate and ModeM are trying to change.

If you moved out of India where would you go next and why?

What’s one of your favourite jams you’re playing out at the moment?

Thats a tough one — but Okain’s track ‘Livin Proof’ on Unclear is one of our favorites at the moment.

In a packed club somewhere in Detroit — that would be nice!

What cool things do you have planned for 2015?

This year we look to improve upon all of what we had learned in 2014. In terms of music, we are in the process of trying to lock in on a new studio space so that we can improve our production skills and work work work!

In terms of gigs, we do want to explore other cities in India that we have played in. Our main focus always though is to try and educate through music and we hope to combine all of this to grow as artists.