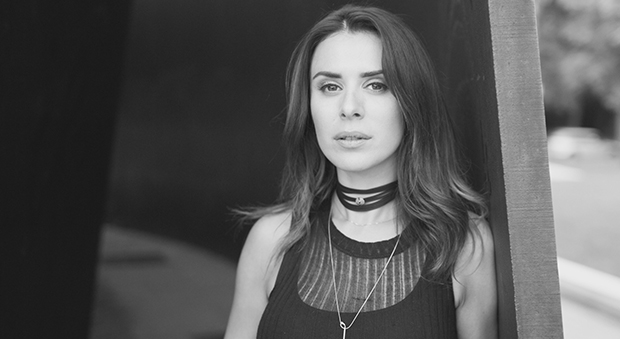 Nela’s serious love affair with music started when she was just a child playing the piano. Her discovery of electronic music was an intense breakthrough where she realized that she didn’t just want to play music but she got inspired to create it. By embracing this new journey with drive, devotion and a deep intuition, Nela’s purpose is to inspire people on the deepest creative level, the way only music can.

Hailing from Tel Aviv, it wasn’t long before Nela made a name for herself in the local music scene as an artist with an influential and unique vision. She rose to international acclaim very quickly, performing on every stage in Israel alongside established artists from around the world. But Nela wanted to pursue her dream even further, beyond her wild success at home. She moved to Berlin to join a new generation of artists in pure electronic music, in the famed city where it all began. Inspiration followed soon after her bold move to Berlin and Nela began to focus on producing music.

She combines different styles: heavy techno grooves accentuated by percussions and deep, hypnotic melodies- music that is driven to addict. Nela is regularly sought out by some of the most exciting and high profile international nightclubs & festivals in Israel, France, the United Kingdom, Germany, Greece, the Netherlands & South Africa. She plays regularly at Kosmonaut, Ritter Butzke in Berlin and at Scorpios in Mykonos.

How did you get into dance music and DJing? Do you remember a specific moment of inspiration or was it an evolution?
Actually the idea came into my mind after an “improvised” gig I had. One of the known people in the scene of Tel Aviv offered me a night of my own in a venue that was pretty much one of the hot spots back in those days.

I would sum it up as an embarrassing experience, I had no clue about anything. I just watched the other DJ play and he just said “You look good and just stand here, you don’t need to do anything”. Naturally I was upset, but I was fascinated & charmed by everything else, I even forgot how sexist that guy was! The next day decided I want to know everything about it and was determined to learn. I’ve never looked back till this very day!

What’s the scene like in Tel Aviv? What parties and/or clubs should we want to check out?
The scene has changed & twisted along the years in a few directions. In my opinion now it’s in a ‘thriving’ moment. It really reminds me of Berlin, only a smaller version & a bit more cheerful… we’re a sunny country which helps 🙂

It’s very diverse in music styles, from Indie to Afro House, through to industrial Techno (in some spots) and not to forget that we also have Trance melted into our culture. I would advise any DJs that have gigs coming up in Tel Aviv not to forget to be ‘groovy in their sets’- this might save the day! These are the hotspots at the moment: Block, Beeit Maariv, Bootleg, Breakfast, Aria and Cat & Dog without including the summer locations.

Do you have any residencies?
I prefer not to have any residencies at the moment so that I’m not ‘limited’ to one place, although there is a possibility for one this summer (to be confirmed!). I quite often play at Ritter Buzke, Sage Beach and Kosmonaut in Berlin.

What BPM does your heart beat?
Isn’t that a typical pick up line?!? Well, not as fast as my music. That’s good though, I’ve always wanted to make a low tempo/indie track so that I can place the kick drum according to the beats of my heart!

What gig do you dream about?
The dream gig would be Panorama Bar.

What cool things do you have planned for 2017?
Well, most of the time I’m going to be in the studio. I don’t know if it’s that cool but it’s a big part of my creative process at the moment. The other thing that I’m working on is an event brand which is a mutual concept between myself and a partner. It looks like were are going to have our first party by summer, so I’m excited for that one. Summer 2017 will be spent island jumping between Mykonos, Ibiza & Berlin I think.

Tell us about your mix…
Its always very hard to describe my own music, but I definitely aimed at telling a story with a clear beginning, middle & ending.

A lot of drums & percussion going on in the middle, and for me the last track is a perfect track to end on. It’s mysterious and uplifting by the maestros Sebastian Mullaert & Mathew Jonson. But you can be the judge of that, enjoy!

Drink of choice…
I’m a Gin & tonic lady, it will keep those hangovers away!