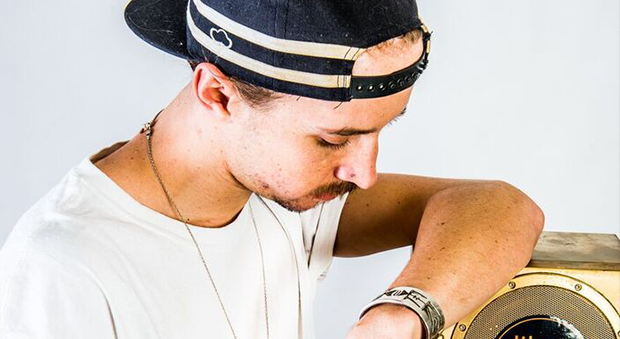 Benjamin K–school teacher turned house music DJ–transplanted himself into San Francisco by virtue of the glorious Rocky Mountains. Born and raised in Durango, Colorado, Ben packed up and headed west to follow his dreams; within SF’s 46.87 mi², anything can happen.

Benjamin K fought tooth and nail to establish himself into Frisco’s underground scene. Stapling your name in a town with such raving abundance is no small feat; but Benjamin persevered, working the social system and devising a party brand concept called “You’re Welcome“.

YW is a monthly dance party held at one of the city’s most forward-thinking clubs, Monarch. Ben books, promotes, hosts, and DJs each event taking place on the 2nd Thursday of the month. Notable YW guests include Joyce Muniz, Oona Dahl, JOill, Ardalan, and our beloved Editor in Cheif, DADON. Ben’s next party delivers one of LA’s shining stars, Goldcap; Thursday February 11th. Check out more info about that party HERE.

With the Super Bowl on the horizon, we once again turn our attention to the magnificent city of San Francisco. There’s no short supply of Hometown Heroes coming out of SF–a testament to the fruitfulness of the scene there. We’re happy to strengthen our MI4L roster with Benjamin K. Learn more about Ben in the interview below.

How did you get into DJing and house music? Was there a specific moment of inspiration or was it more of a gradual process?
I actually remember the exact moment I really heard house music and my curiosity spiked, it was Green Velvet’s  ‘The Stalker’ blasting out of my brother’s room when I was in like the 6th grade.  I was instantly hooked.  Then it was Sasha and Digweed that planted the seed, and ultimately led me to my obsession that I have today.  I fell in love with raving as a teenager and lived for clubbing as soon as I hit 18, doing elaborate costumes themed after who we were seeing that night.  In college I got a few hundred dollar loan from my parents and bought these absolutely miserable little Gemini cdj’s, these things had no reading of bpm, no cue button, a jog wheel the size of a half dollar…..miserable…but somehow I figured out how to mix on them.  Like a year later I was talked in to playing this fundraiser for the art club at my school, I packed up my fisher priced Gemini’s and headed over, then I guess it just kind of took off from there.  There have been so many pivotal points that have changed me in to the person I am today, and it’s a combination of all of them that have led me to do what I’m doing today, essentially living my dream in the greatest city in the world.  There’s no way I could have predicted that 10 years ago, and I couldn’t be happier about it.

Where did the idea for You’re Welcome come from? Any upcoming guests you want to tell us about?
It was just a basic little sticker I made at first actually.  My good buddy got ‘Thank You’ stickers for Burning Man, kind of as a joke, and I thought it’d be fun to put a ‘You’re Welcome’ sticker on everybody too, out of nowhere, right after he put a ‘Thank You’ on ‘em.  It turned in to a portrait series after that, then in to a website and blog, then in to a full on party shortly after moving to SF.  The next one on Feb.11th I have Goldcap, which I’m really excited about, and launching a new project of my own that night as well.  Teaming up with another SF dj, Mantranova, as a duo under the moniker Fictional.  Then have some big big names I’m beyond stoked on in the following months, but nothing’s officially confirmed, so I better not spill the beans just yet 😉

What do you think is the most challenging part of promoting a monthly event like You’re Welcome?
Keeping it fresh, but also consistent.  You have to be able to constantly surprise people, but still deliver on what you’ve worked so hard to create and what they’ve come to love.  That said, You’re Welcome’s a midweek party, and that’s probably the most challenging part, being that you’re not getting the usual weekend crowd, and people have to work the next day etc.  But honestly, that’s just how I like it.  It draws people that are really passionate about the music, and not so many that are just out to be seen.  There’s no bottle service, no vip, no ego.  It’s all people that really want to be there, and love the music for what it is.  The You’re Welcome family these days is damn near perfect, growing larger every month, and it’s because of them that the masses come out and get down so hard, every second Thursday night, at the best club in the city, Monarch.

What’s on the horizon for you in 2016?
Playing with my idol James Zabiela on February 13th, which I’m kind freaking out over, it’s a massive check off the ol’ list.  Actually back when I was costuming in clubs, in 2007 I think, I dressed up in this really elaborate robot costume themed after Zabiela’s ‘Robophobia’ song that had just came out. Well he saw me, took a picture I guess, then a few days later a friend called me and was like, “have you seen Zabiela’s myspace recently!?”  I looked, and he used the picture of me as a robot for the album artwork to Robophobia on his page.  He was a full on celebrity to me at that time, saying I freaked out would be an understatement.  Haha.  So yeah, I’m excited.  Other than that, I have a bunch of other exciting shows on the horizon around the city, a couple festival slots during the summer in the works, and working to push You’re Welcome to a household name.  Very very excited for this year.

Dream gig…
Hmmm…the obvious ones like Fabric, or Robot Heart, or Watergate.  Would absolutely love to play Desert Hearts.  But I guess my fantasy dream gig would be a sunrise, on a beach somewhere, with every single one of my friends and family in attendance, everyone elaborately dressed to the nine in costume, with Lee Burridge right before me, and Ame directly after.  It could happen.

What’s one track in your current playlists that gets the party poppin?
‘Those Days’ by Seal De Green has never failed me yet, no matter what the time of night, the gig, the crowd, that one’s just such a feel gooder, love it.  But my ultimate go-to is probably ‘Oscillator’ by Paperclip People, the Sebastien San Remix…..that tune is madness.

Tell us about your mix…
Filled with music new and old, popular and unknown.  Although parts of my style have changed, the underlying theme is always the same…..lust and love. This one’s a journey through the club side of what inspires me, but also what I can listen to in my headphones riding my bike.  It’s meant to be beautiful, soothing, driving, rocking, romantic, sexy, heartfelt, and partystarting, all at the same time.  Too much to aim for?  Never!

Drink of choice…
Coffee all day, whiskey all night baby