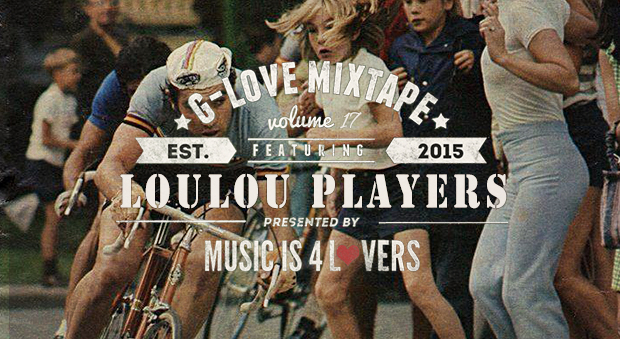 Stud Belgian house music producer and label head, LouLou Players, throws down a hot mix composed of all his own tracks and track from his label, LouLou Records, for the 17th episode of our G-Love Mixtape series.

LouLou Records has been rockin’ the world of ghetto house, or gangsta house, or simply g-house, since 2009–elevating some the genre’s top notch producers: Kolombo, Tube & Berger, Amine Edge, Vanilla Ace, Jean Bacarreza, Nikitin and The Beatangers. The raw and hyped up beats that LouLou Players pushes is next to none.

Besides droppin’ massive tunes his own label, LouLou Players has also unleashed an army of tracks on labels like Suara, Bunny Tiger and Nurvous–making him one of the pinnacle players (pun intended) in the game.

We feel privileged to host a mix from LouLou Players and hope you enjoy what he has prepared for us.

Learn more about LouLou Players in the quick Q&A below…

Who inspires you?
I get my inspiration in everyday life, each person you meet is somebody who can inspire you. But for sure if I have to name a few artists that made me crazy.. I would talk about Prince, François K, Kevin Saunderson, Chic and many many more.

What is the hottest track in your arsenal?
As a label manager, I’ve had the chance to receive lot of crazy demos. So at the moment I’m really into the tracks of my brazilian friend Pimpo Gama. This guy has got the funk! Really love his prods and it’s always working high on the dance floor.

Where do you dream about Djing?
I really would like to go play at Burning Man. Also I’m dreaming about Australia tour and for sure a first tour in the U.S.

When is your next release?
I have lots of releases coming up on Milk & Sugar, LouLou records, Bunny Tiger, Warung rec., and also several remixes — the second part of the year will be busy.

Why did you get into house music?
I’m from Belgium, so it was really easy to fall into house music due to the big history we have here. Then for sure as I’m french speaking, this big french touch phenomena was a big punch in the face