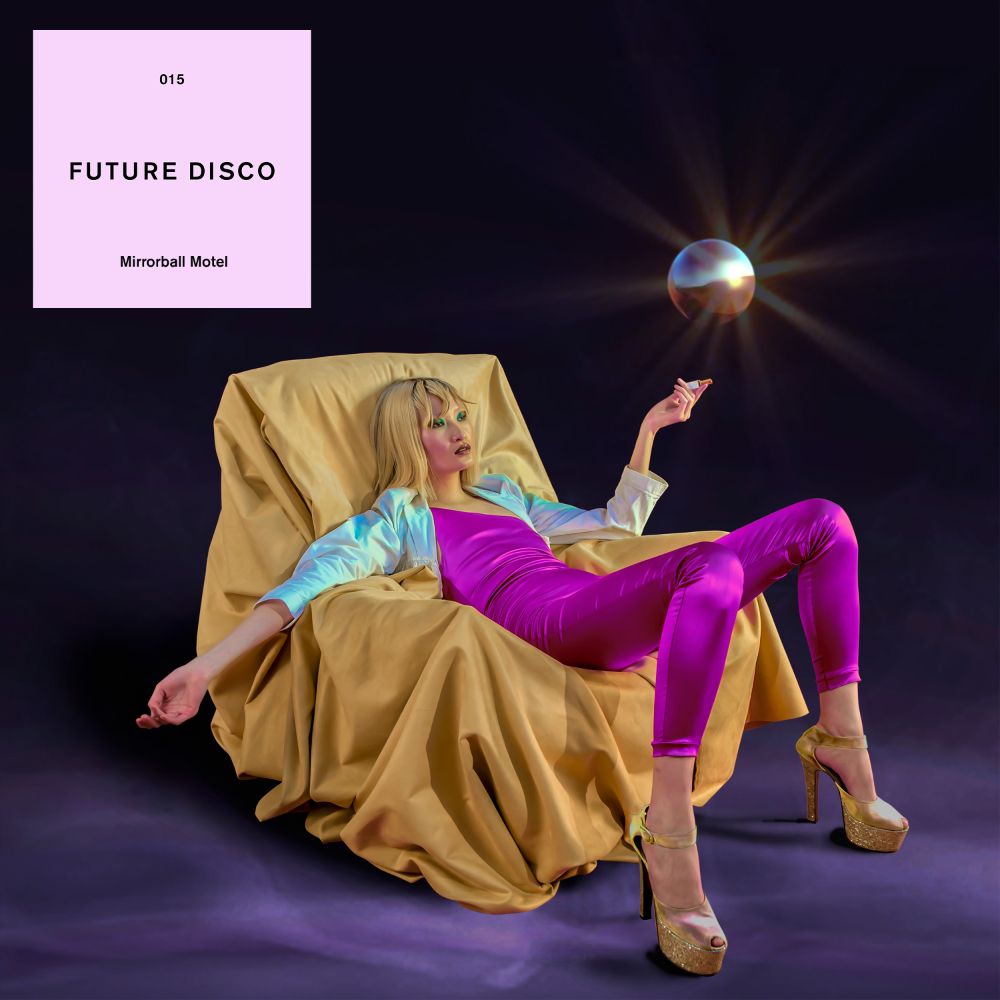 Future Disco unveil their latest album, ‘Mirrorball Motel’, a 19-track voyage into the magical and futuristic sounds of 2022 Disco

Welcome to the Mirrorball Motel – the shimmering nocturnal world of Future Disco from the NeedWant label. It’s a 19-track exploration of the magical and escapist sounds of artists like Roisin Murphy, Digitalism, Cinthie, Bondax, Reflex, Roosevelt and more.

The Mirrorball Motel is a place that transports you to another dimension, a party you don’t want to end and when it does, you’ll feel it was all a dream. It’s where the magic happens, an evening without inhibitions, where you dance without thinking to the best of house and disco.

This bumper collection features five exclusive new tunes. Daisybelle & Tasty Lopez’s ‘Starlight’ (Future Disco Ballroom Dub) has a classic disco feel from the two first ladies of the green. Italoconnection – ‘All Over’ (Future Disco Edit) brings an eighties vibe that reminds of Ibiza venue Pikes, whilst the mysterious Clive From Accounts’s ‘You Understand’ impresses with its soaring strings and house bassline. The final two exclusives are Charlie Hepworth’s ‘It’s Satisfaction’ with its full thrill house drums and acid flashes, and Boys Shorts’s ‘Suburban Love Affair’ (Brian Ring Remix), which sounds like summer on the shores of Los Angeles in 1989.

Elsewhere is the simple but effective future disco of Bondax, a Brazilian via French disco cut from PPJ, and exciting and intricate grooves from the trio of Breakbot, Irfane & Yuksek. There is euphoric 90s house from Saison, challenging yet reassuring vocal work from the legendary Roisin Murphy as remixed to perfection by the wizard that is The Reflex and much more besides.

Future Disco: Mirrorball Motel is a wide-angle view of a perfect dance floor, all served up with that famously characterful and vibrant Future Disco style and compiled once again by label head-honcho, Sean Brosnan.

The release of the album will be marked by a launch party on Friday 28th October at Number 90, Hackney Wick (London) featuring performances from Alink, Michelle Manetti and Sean Brosnan.