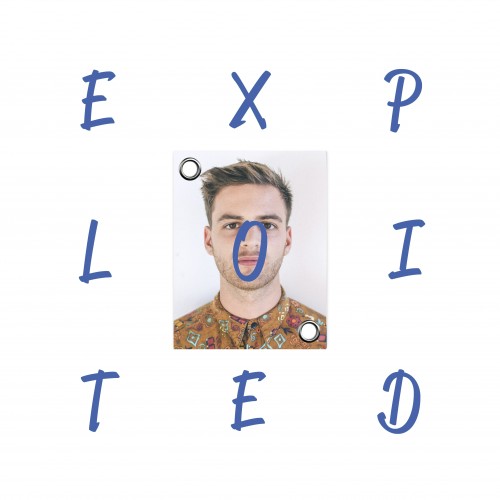 [Forthcoming Release] Los Angeles based producer and multi-instrumentalist Taylor Freels, better known as Urulu,  may be a newcomer on the scene, but he certainly has been leaving marks in some key places. Notable releases on Lazaro Casanova‘s imprint petFood include an EP and a track on the labels much lauded compilation, Daydreaming. Urulu seemed to really come into his own though on his debut release for Exploited, Across the Sky, which is a soulful, groove-laden 3 track record. And he brings that same vibe, albeit with some raw, old-school sounds thrown into the mix, for his Exploited sophomore record Sincerely ’91.

Sincerely is a 4 track ode to the ’90’s and the energetic dance tracks that came out of the era. Urulu blends the songs so seamlessly in his preview “skit” that it’s hard to decipher which track is which, but the opener, “1991,” sounds like what C+C Music Factory would have sounded like had they chosen to make house music instead of dance-pop. Using muffled synths and vocals, the track builds up calmly before exploding through the fog of sound to reveal its true nature. A chugging bass line, crisp, minimal high hats, and echoing steel drum synth make “1991” a dance floor must have.

Middle tracks “Another Time” and “Reason With Me” are hard to distinguish on the preview, but needless to say they are both full of old-school energy that many artists have tried to reach lately but very few have succeeded.

Closing track “Sunday School” mixes up the sound slightly. While the foundation is still that kick/snare/high hat combo that defines the style, Urulu adds a layer of soft, wavering synths over it to give the track a dream-like sensation.

The old-school sound of the ’90’s is one that has been taking over as of late. While it may seem like a simple formula, there are subtle nuances that when not followed can throw the track completely off and there is an art to add personal flair to it. Urulu seems to have mastered both these elements and showcases them near perfectly on Sincerely ’91.