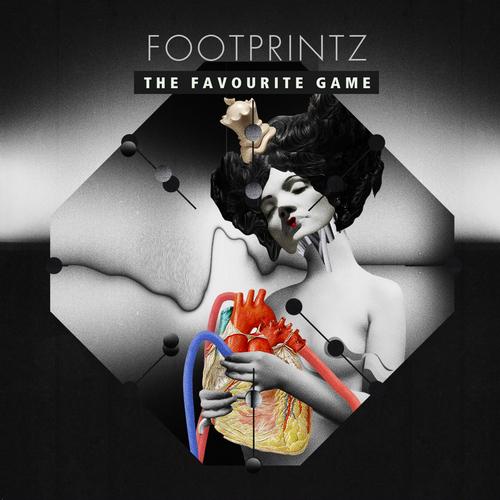 [Release] The Visionquest crew is notorious for releasing a bit more twisted treats, and, I’m happy to say their newest release from Footprintz is truly fitting to the Visionquest vibe. Footprintz are on a rich run of form right now, showing a craftsmanship in their songs that is so often lacking in modern day dance music. New single Favourite Game is set to further buck this trend, this time accompanied by Ivan Smagge, Lee Curtiss & Ryan Crosson Remixes. Montreals soon to be favorite sons, Clarian North and Addy Weitzman, met at an after hours party at the age of 15 and havent looked back since. Their noir tinged synth pop has taken them around the world and back, and with a debut album in the pipeline (also on Visionquest) they look set to see it all again.

Favourite Game is the second single from the album, a new romantic jaunt with its foundations laid out by a beautifully hypnotic bass line right from the start. Percussive flares, delicately arranged chords and that distinctive Footprintz vocal delivery all weave in and out, resulting in a multi-faceted slice of psychedelic pop perfection thats sleazy in all the right ways, in all the right places. Never one to shy away from a few top draw remixes, Visionquest drafted in Ivan Smagghe to put his own sonic spin on proceedings. His ‘On A Thin Line’ rework takes the original to a darker place, complete with distorted vocals and alarm noises for good measure. Visionquests own Ryan Crosson & Lee Curtis take the original into more club friendly territory, delivering a driving house rework sure to do some damage on dance floors worldwide.