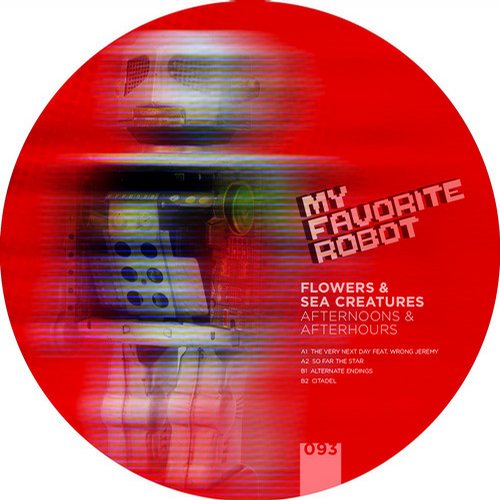 Toronto’s My Favorite Robot crew has already been making a big statement in 2014.  With the immersion of the trios’ impressive live performance and a steady release record as March approaches, their newest EP from Flowers & Sea Creatures captures a softer side of the house spectrum, with lyrical consistency that has a rich, sentimental value.

Montreal based, they produce with lots of heart for thought provoking pieces and their debut on MFR showcases a diverse and genuine range of emotion.  Wrong Jeremy sings on leading track “The Very Next Day” which has a deep groove suitable for darkened spaces and “So Far From The Star” creates a warm sense of mystery with its patient structure.  The tone and tempo are mellowed for the second half of the release as romantic instrumentals stretch a somber mood to the conclusion.

Nice one from our friends up North for the “afternoons & afterhours,” so give it a listen and PURCHASE HERE <3