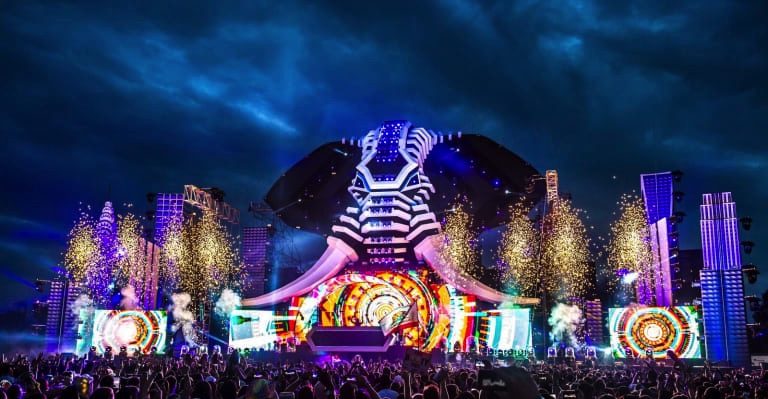 Made Event, the producers behind Electric Zoo Festival, has released the lineup for ELECTRIC ZOO: EVOLVED. For its 11th edition at Randall’s Island Park in NYC taking place over Labor Day Weekend August 30 & 31, September 1 – festival attendees can expect a bigger and better star-studded lineup featuring dance music titans of the likes of Dog Blood (SKRILLEX :: BOYS NOIZE), recent Billboard cover star and DJ/expert producer Alison Wonderland, dubstep mastermind Flux Pavilion, alongside EZoo veterans Kaskade, Armin van Buuren, Diplo and so many more! Festivalgoers will also experience multiple B2B sets such as DJ Diesel and Borgore, NGHTMRE and SLANDER, Cookie Monsta and Funtcase, plus more. With more than 100 acts encompassing a wide array of styles from house and techno to trance, trap and future bass, there’s a special something for every electronic dance music lover. ELECTRIC ZOO is also thrilled to announce five major stage hosts for 2019. These include All My Friends, Brownies & Lemonade, Gud Vibrations, Seven Lions Presents Ophelia and Pryda Arena.

Look out for even more acts still to be announced, with names spanning from that of the underground world to scene stealers from all over the electronic dance music circuit. ELECTRIC ZOO: EVOLVED will be the event of the year featuring world-class DJs, mind-bending production and stellar art in the heart of New York City.

From its earlier trek through the urban jungle, to exploring the colorful land of Wild Island, and capturing the essence of the heart of NYC with The 6th Boro, ELECTRIC ZOO: EVOLVED celebrates the festival’s metamorphosis in an outstanding way. 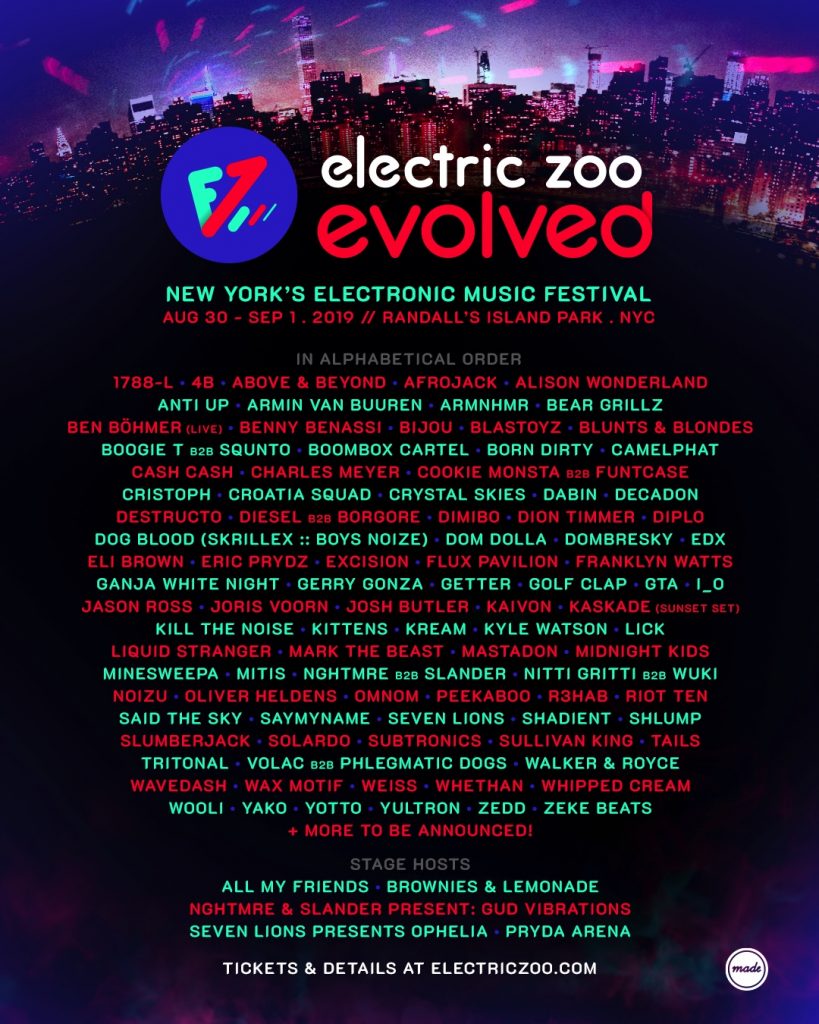