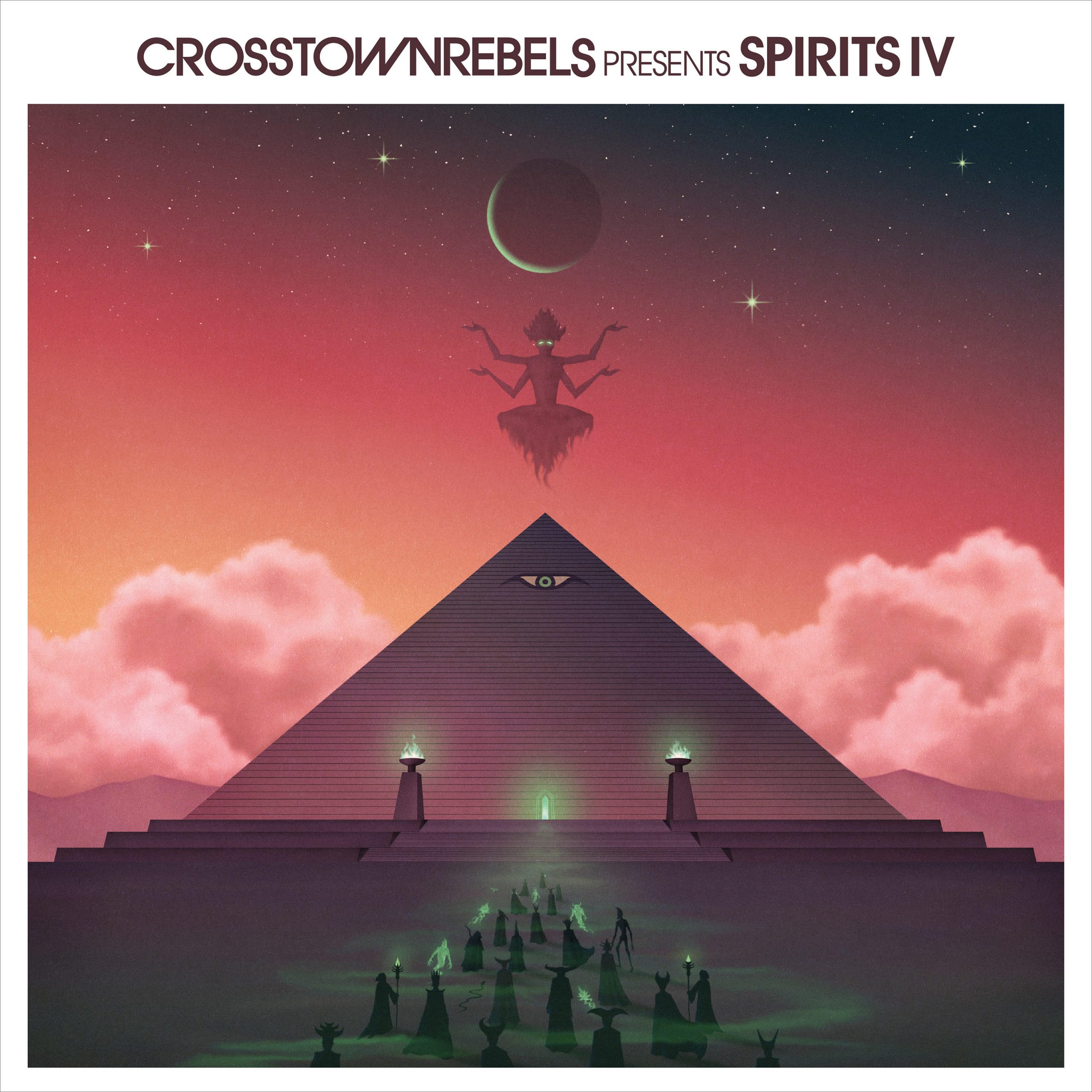 Over a period of seventeen years, Damian Lazarus’ Crosstown Rebels has evolved into a world-renowned institution, garnering global audiences thanks to a consistent schedule of quality releases. Quintessential to the label’s success is the Spirits series, with each edition acting as a musical bastion to showcase the talents of both established and breakthrough artists alike. Now, after much anticipation, the world-renowned compilation will see the light of day once more in the form of Spirits IV, the fourth installment in Spirits’ ever-evolving saga. A mixed version of the album will also be included in the release, as a digital bonus track.

Ahead of its release, label-founder Damian Lazarus described the ethos behind the series: “The Spirits series is a very important platform for incredible new club music, often created by up and coming artists. The tracks are tried and tested over a twelve month period by myself at parties and no stone is left unturned to ensure the absolute quality of every cut on the album. Deep, twisted and beautiful music for the dancefloors of tomorrow.”

That last sentence is epitomised in the compilation’s very beginning, as Alex Kennon and Pete Tong’s Apache leads with a stirring intensity, gently winding between spirit-healing vocals and resonant kick-hat combos. Echoe-founder Francesca Lombardo showcases her decade-long production experience in Freak On Sea, providing a dubby-leaning club cut that features progressive key changes throughout before Martin Badder and Pablo:Rita’s stunning collaboration, Phase, soon arrives in its place, rippling with a gentle lucidity thanks to a subtle four-four bassline and mesmeric singing tones.

ANTS regular Andrea Oliva takes no prisoners on Rawman, serving up a near six-minute cut of pummeling kicks that build into a brooding synth-fuelled crescendo, whilst Russian-born up-and-comer Artur Nikolaev showcases his inherent artistic expression on Alma, creating an eleven-minute voyage into minimal techno’s deeper realm with stripped-back bass and hypnotic vocal samples. California’s Lubelski teams up with singer-songwriter Xkylar on Passion Fruits, a track that dives between slow-burning percussion and emotion-lead pads, paving the way for I See Colour, the latest collaboration from UK-native Luke Brancaccio and long-standing production partner Cypherpunx. Crosstown Rebels regular Made By Pete makes his Spirits debut next, presenting a tribal-laced mystic number in the form of Harar before Turkey’s leading exponent Ali Kuru teams up with Nublu Records founder Ilhan Ersahin on the jazz-dotted, Middle-Eastern inspired Eplos. Super Natural quickens the pace courtesy of enigmatic

Barbados-born talent Murr, alongside Rosina’s ethereal vocal offerings that enchant as much as they delight, whilst veteran German producer DJ Linus gives us the penultimate track on Vibes In Space. Indicative of the track’s progression, we are taken on a celestial journey through starry-eyed synths and soft whispering hats, leading neatly into the compilation’s closing saga in the form of Matador’s Vulture, a straight-talking dancefloor cut that showcases the Rukus-founder at his best.

Having earned his stripes through standout releases on Crosstown Rebels, Circus Recordings, Relief and many other esteemed labels, alongside winning the ‘Best Breakthrough’ accolade at 2018’s DJ Awards, Ibiza-based house music mover and shaker Alex Kennon teams up for the first time with the legendary Radio 1 DJ and broadcaster Pete Tong. An industry icon, Pete Tong has been the voice of Radio 1’s prestigious dance programming for almost 30 years. Italian-born, London-based Francesca Lombardo is a well-renowned figure in the house and techno sphere’s, heading up two labels in the form of Echoe and Echolette and releasing on John Digweed’s esteemed Bedrock Records compilation last year.

UK-native Martin Badder cut his teeth on labels such as Spinnin’ Deep and Strictly Rhythm, gaining radio support from Danny Howard for his See It Through My Eyes release in recent times. London-duo Pablo:Rita have made a sizeable impact in 2020 after their release on Yousef’s Circus Recordings was named Radio 1’s Friday Fire. Switzerland’s Andrea Oliva has cemented his standing as a major artist in electronic music with accolades that include two BBC Radio One ‘Essential Mixes. Russian-born Artur Nikolaev has garnered a reputation for stripped-back, minimal sounds with releases on Soblazn Music and Kayf Limited. Californian mainstay Lubelski has made regular appearances on Claude Von Stroke’s Dirtybird, a testament to his pumping, no-nonsense style, whilst LA’s Xyklar is fast-becoming one of the scenes most talked about singer-songwriters.
A contemporary of Sasha and John Digweed, Luke Brancaccio has released several EPs on Digweed’s Bedrock Records over a career that has spanned decades. Recent Rebellion inductee Cypherpunx is the covert techno alias of British duo Flip Fantazia, a pair who have also made their name on Digweed’s seminal label. Prolific producer Made By Pete is an established presence thanks to standout performances at Fabric and Tobacco Dock to name a few, whilst Turkish-talent Ali Kuru continues to bring his sound to global audiences having supported the likes of Acid Pauli and Bedouin last year. Nublu club boss Ilhan Ersahin is an entrenched part of New York’s musical heritage, running the Manhattan nightspot since 2002. Toronto-based Murr has been honing his craft since the early nineties with projects including Da Grass Roots and LAL Forest, whilst vocalist Rosina is no stranger to Crosstown having teamed up with N/A on Fables and Fairytales back in 2008. DJ Linus’ heritage stretches back to the nineties, where the german mainstay produced an array of vinyl twelve inches for the likes of M.A.N.D.Y’s Get Physical Music. Ruckus boss Matador has become a revolutionary artist in the electronic music sphere, thanks to innovative live performances that have seen him receive the iconic DJ Awards ‘Electronic Live Performer’ award.