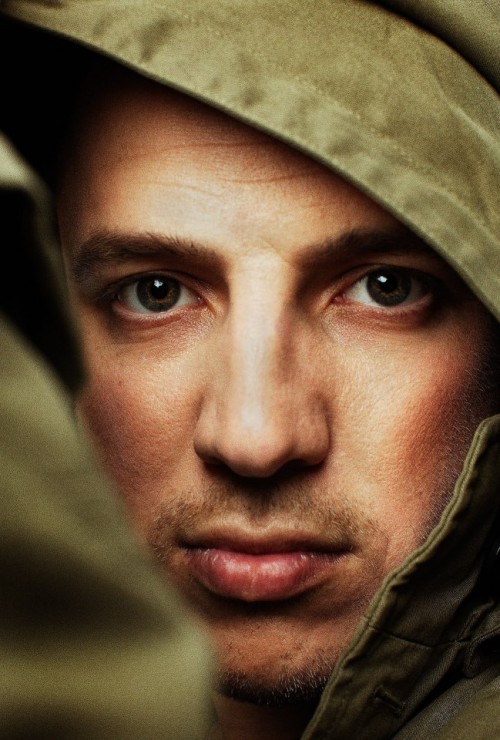 Los Angeles based record label and event organizer, subtract music was born out of refusal to compromise. Curated by Anton Tumas via intimate music gatherings and releases by forward thinking artists from all around the globe, it’s a direct extension of his distinct taste for all things emotional, subtle and elegant, with a bit of dance floor funk thrown in for good measure!

Anton’s drive and laser-like focus quickly convinced prodigious artists such as Guy J, Martin Buttrich, Tom Middleton and Robert Babicz to jump on-board, not to mention an eclectic repertoire of up and coming talent. In fact, it was Guy J’s acclaimed remix of “Forme” that really put the label on the map, selling thousands of downloads, charting over 150 times and reaching the coveted #3 position in Beatport’s Techno Top 10.

Being responsible for debut of Henry Saiz and Marc Marzenit quickly cemented its reputation as a risk taker, and in 2012 subtract music was asked to curate its own stage “subMoon” for the annual LA Burning Man Decompression festival. Featuring some of the best local techno talent, subMoon became the festivals’ most popular stage, keeping thousands of people at a fever pitch for 12 hours. What followed was a series of intimate loft parties with the likes of Pezzner, Droog and Izhevski, as well as open-airs that saw more than 800 people dancing all-day under the sun!

Opting-out of the conveyor-belt approach, subtract music only puts out 3 to 4 releases per year, readily supported by the likes of John Digweed, Hernan Cattaneo, Sasha, Maceo Plex and Guy Gerber. 2013 sees more impeccably curated gatherings full of smiles and great vibes, as well as releases from young and seasoned producers.

“The basic vision for the label is to release music by young and upcoming producers, as well as established veterans. Music that I play in my sets and also some curve-ball stuff that is just great listening (like the vinayak^a original, which just got played in Kiki’s Boiler Room set BTW, as Kiki told me). The events are to bring people together who love great vibe, amazing music and a proper sound / setting. To give people the best possible experience of what is possible via our event production and curation.” – Anton

Can you tell us a little about Subtract Music and what your plan is with the label and what direction you are headed?

Originally, I started the label as an extension of music that I play out, so you can actually tell how my music taste has evolved over the years through our releases. As a DJ I’m constantly refining my palette, so it’s been a bit of a challenge finding music to release. So far that has  us putting out about 3 releases a year.

Your coup d’état and free park parties are gaining lots of attention, can you tell us a little about them and what you are trying to reach with these gatherings?

I started doing events in 2011 and collaborated with other promoters to bring quality techno and house artists that I like to LA. After some successes and some failures, I realized that the only way to properly execute my vision, was to take the harder road and do it alone by starting from scratch. This removed any restraints I had, and allowed me to curate an immersive musical experience.

After taking a break, in December of last year I kicked it off with a series of intimate parties.  We have since outgrown that Downtown loft, but what was gained, besides some really  fun and sweaty moments, is a first-hand understanding about creating a proper vibe and  connecting people, people that appreciate the music – an integral part of the gathering.

There is hardly anything better than good sound outdoors, so in the spring I decided to host  a free party…an idea I’ve been toying around with for a while. In LA, you can’t throw a shoe  without hitting a DJ, so it wasn’t hard to assemble an epic line-up of talented locals, all of us are friends. The concept was simple daytime fun in the park on proper Turbosound. What was not anticipated is how much of the community would be into the concept, as over 800 came  out that lovely Sunday! Needless to say many smiles were had, and we’re planning our third one.

You play in many different settings; clubs, desert parties, warehouses, parks… What is your favorite setting to play in?

Lately the best gigs have been the most surprising ones! I recently spun at a Burning Man camp fundraiser in a Hollywood club (what irony, right?), and the back-room where me  and friends played had an immense energy, because it was so cozy and intimate. Totally unexpected! Another memorable experience was a last-minute 3 hour renegade set at  Lightning In A Bottle, taking place immediately after my first experience of seeing Nicolas Jaar perform live (which is a whole conversation unto itself).

Of course I love the outdoors in general, had many great moments in the desert under fullmoons, as well as recent festivals friends have produced. There is a growing culture in California for overnight camp-out type of music events, recent ones receiving high praise.

What do you think is wrong with the scene in LA and how would you personally change them?

It seems to be a topic interesting to many people. I feel like so many people are talking about the over-commercialization of dance music. It’s like the hot thing to do. What seems to be  happening at the moment is that “EDM” is just a term that’s being thrown around to generate profit, but in reality it’s not really related to the music that us house and techno heads are into! Of course a lot of people are ranting about it, but the underground is here to stay.

What we really need is people stepping up to the plate and producing events for the right reasons: to support music they love and appreciate. The crowd will come to support an endeavor of genuine love – the right crowd, which is any Djs wet dream! This is happening as we speak of course, as I see more good things in LA than ever before. In contrast, the VIP bottle service crowd is listening to car alarm mash-ups while popping confetti! All is well in our universe!

At the moment, who do you look up to in the scene and take notes from on what they are doing?

So much quality happening at the moment, there is a fresh wave of energy invigorating the scene. Kudos to Eduardo Castillo, he really nailed it with Grand Park Sessions, and I keep  hearing about the new NY club Output from a lot of friends, loving the concept. There are of  course Lee Burridge’s “All Day I Dream” events, which bring us a little slice of Burning Man on a lawn as he calls it, and have been a big inspiration to me. Pretty bummed to have missed  the Sunset Campout up north, with some of my favorite artists: Robag Wruhme, Dixon, DJ Tennis and Thugfucker, all on the same weekend! Heard from many people (including Dixon himself) that minds were blown there!

If you know where to look, there are quality things happening for the right reasons, and I’m glad to contribute to the pie with a small slice of tasty delights!

Can you tell us a little about your latest release and the awesome remix from Martin Buttrich?

When I first heard the original, I immediately signed it to the label. It’s a trip deep into the mind of mystical Indian producer vinayak^a. Vinny likes to break the rules, and it’s immediately apparent. Herr Buttrich reconstructed it into something else entirely, nailing the groove down to the floor with a deep remix and a trippy dub!

How does one go about, being on a smaller label, get such a big name to release with them?

I actually met Martin at a Culprit party in LA and shared the concept with him. I thought it would be great to contrast an experimental track from unknown but talented vinayak^a with the touch of a masterful guru. A few emails later details were ironed out. He liked the original and took his time to make something truly special. Martin hasn’t put out much new material past year with his busy touring schedule, so I’m excited he chose to contribute to us. As today’s producers and Djs are busier than ever, there is no substitute for a proper face to face or at least a qualified introduction.

How do you feel about the rise in popularity in Burner culture..? It seems many people are jumping on the train, but do you feel that they really know what it is all about?

I cannot claim to be any sort of a reference point, but I’ve definitely had my share of experiences on the playa. I feel like the cultural movement that is united at Burning Man is an eclectic and diverse crowd, an organism of constant evolution. That is to be expected of course, as new groups of people are exposed to and absorbed by it. Burner culture is not all about partying and shenanigans, although there is no shortage of that. There is a deeper compassionate side about it as well, people owning who they are and aren’t afraid to express it.

Why do you think so many people have this urge to go party in the desert as opposed to in the city?

There is a natural urge in us for new and powerful experiences, and the desert can provide just that. Without being confined to 4 walls and a roof, a much vaster experience of ourselves is available, and of course a good sound system sounds amazing outdoors. For some people it’s the only way to fly, and others couldn’t stand to think about the desert heat!

Where do you see yourself in 2-3 years from now, and where do you think our scene will be and what it has evolved to?

I am the type of person that loves diving headfirst and completely immersing myself. Learning from my mistakes and victories at the same time. Nothing like direct experience, as anything else is hearsay. I am at the beginning of my music journey, and learning as I go along. I’m currently in the studio working on original music, and also planning the next few of our events. There are some interesting gigs lined-up for later this year including my Symbiosis debut and coup d’etat anniversary, which also happens to be my birthday. There will be more quality events and releases in the years to come, as our vision is constantly evolving through experiences and inspiration. There may be other elements added to what we do if they enhance our vision.

My magic ball says that in the next few years more and more people will follow brands that promote authenticity and quality, instead of just being a profit center. As the sheer number of new people getting into the market continues to increase, more than ever there will be a need for trusted filters!