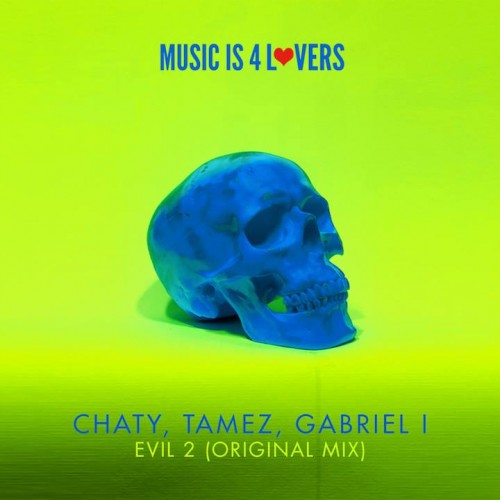 There is a new treacherous three tearing up the scene made up by Chaty, Tamez, Gabriel I.  This collaborative efforts between these three are something special and just in time for your Halloween weekend we have this EXCLUSIVE FREE DOWNLOAD!  “Evil 2” is a cool rolling tech house groover with clever speech and funky bass. The track sets things off with a moody but chucky groove with a very provocative attitude and sinister edge.  We hope you like this track as much as we do and maybe it can find your way into your sets this weekend.  Enjoy!!!

How did you meet?

All: we met last year in Mexico City, we were playing the same weekend as Gabriel I was and then we Met them through a good friend, Ramiro Puente a good music producer from Mexico. We worked on music that weekend and decided to keep in touch and work together.

What kind of music you do?

All: Is hard to describe our sound, I would say some times can be a bit melodic but some times solid and hypnotic, its juts music.

What do you use in the studio?

All: We are currently working on Ableton, using Massive, Sylenth, Korg M1, U-he Ace & SubBoomBass and then we make track stems and mix them on Logic X we use a lot UAD plugins and Some of Brainworx and Elysia on our mixdowns.

How do you see the scene?

All: I think the future is looking bright for electronic music. I never thought all this was going to happen, more and more people are starting to listen to House & Techno. Some might say it’s just fashion but this is never going to end also its becoming more easy for the people make music so thats a good thing for the scene.

All: We haven’t planned much, we are currently focusing on delivering good music on cool labels, but we should try to get into a management so we can just focus on doing music and playing records.

Chaty: I really love Gab Rhome work and Gabriel Ananda, also Jon Charnis its another good producer that i will like to work with him
Tamez: Im a big fan of Afftk im so into of his sound and i would like to work with him in the next year that will be great.
Gabriel: personally love Re.You work, not the sound we are currently doing but I play all his music, big fan of his work and would be awesome if one day we can sit with him and make a track.

Who do you have plans of working with next year?

We’ve discuss the possibility of making a track with Kosmas, something will come up soon and we have a good talks with Climbers about some collaborations too, we are just looking to have the time to travel to meet with Kiko and Jay

This year was good, we signed in Dave Seaman’s Selador our fav track, My Escape with big remixes from Dave Seaman, Climbers and Joal, after that,
we signed with Suruba Records a 2 tracks EP called Notorious Balding, and with Chris Fortier’s Fade Records called Vampiro
For december we have good releases on their way,  Vatos locos EP on Edu Imbernon’s Eklektisch with KIKI remix, a track for new Sincopat V.A., and another EP in Union Jack with Gab Rhome on the remix duties

Gabriel Pink Floyd – Dark Side Of The Moon