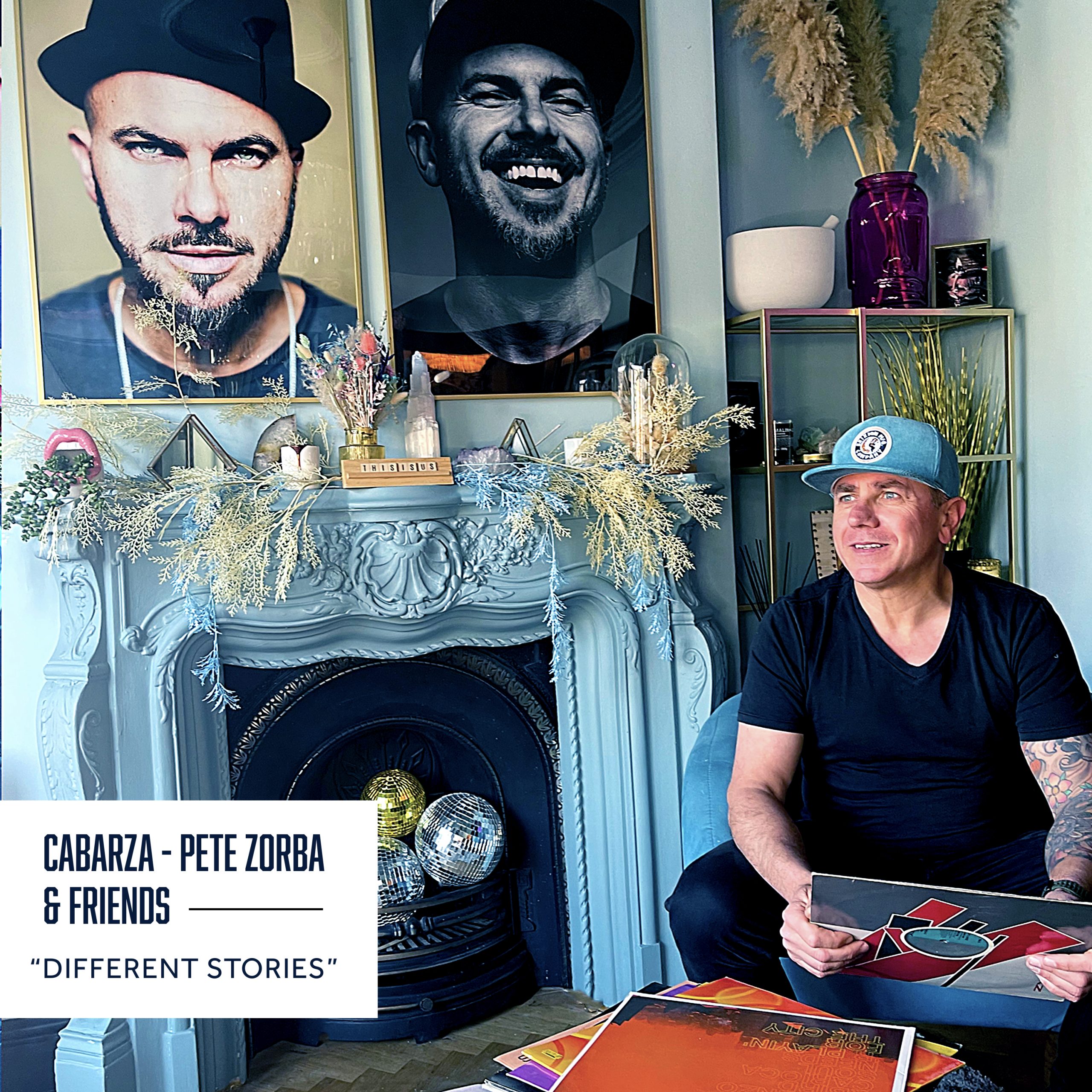 Different Stories has been five years in the making with two friends just getting together and making music for themselves, not for any labels but just what they wanted! The best way to describe it is a beautiful and simple journey of Melodic and Organic House Music with some haunting and original vocals.

Cabarza (Jason Herd) and Pete Zorba have been friends and prolific on the Manchester dance scene since the early nineties but when Jason was one half of Pirate Copy they started making a few beats together with releases on labels like Stereo, Circus and Area Remote but they both wanted to make something with more meaning to them, not just to get on a label and so it began!

Not long into starting to make tracks together Pete suffered terrible news that he had brain cancer and had to undergo surgery, they gave him months to live but he recovered 100% and started making the regular journey to Jason’s in Abersoch in the pursuit of making music.

Two years later Pete suffered another lapse and with a few tracks under their belt, they decided to work towards an album for albums sake not primarily for the clubs or gigs.

With the amazing vocals of Pablo:Rita, Neil Marra, Emilie Rachel, Martha Pryer, Eluize and Annabelle Lee the album has come together.

Pete sadly lost his fight with cancer in February 2021, four years after his first diagnosis and there was enormous tribute from the electronic music community, “one of the good guys” Camelphat tweeted alongside many others. Pete was one of the original Residents of Kaluki in Manchester and when they held a tribute in Manchester, there was no shortage of A list DJs to offer their services.

This record is what we would call a beautiful album to listen to, not just for the clubs but with the energy to rock one. We hope it is Pete’s legacy and you enjoy it as much as we do!

Cabarza also has a string of releases to follow this album on his new label Late Night Stories.

Remix packages will be coming soon!

We had a chance to chat with Cabarza about the project, check the interview below!

Hi Cabarza it’s great to have the chance to speak with you today. Congratulations on the upcoming release of ‘Different Stories’ alongside the late Pete Zorba. Can you tell us a bit about the backstory behind this release?

It’s my pleasure and thank you! Pete and I have been making tracks together for years and when I stopped being Pirate Copy we both said let just do something we love and just for us. We loved tracks like Bicep “Dahlia” and wanted to see it in that beautiful music instead of just making club tracks. When Pete fell ill we carried on making tracks then decided to put them al together as an album and we reshaped the tracks accordingly.

How was the writing process with yourself and Pete? Did you each take on separate roles throughout or were there some where each others individual sounds came through stronger?

We used to go see our friend Davos who played keys on a few of them and a few I did at my house in Abersoch Wales with Pete. It was a bit loggerheads at times but we got there in the end! I always wanted it a bit clubbier and he wanted it more hilled but we got to the happy medium. I was lucky to find some amazing vocalists who weren’t too well know and they wrote great lyrics, Pete sadly didn’t hear most of them but I hope he’s loving them where ever he is.

You certainly have an impressive studio set up. Was there one piece of kit that was dominant throughout the whole album?

Yes, its the Sequential Prophet 6 for a leads etc and The Moog Sub37 for bass and the leads in “We Do Things Differently Here”

The album took five years to create, do some of the newer tracks have a different sound to the older ones as the music trends adapted over the years?

I guess, “Different Story” it was the first one which was Afro house but Pete wasn’t feeling it that’s why we did the remix. I relooked at everything and softened it up as he wanted so it was a good album for Spotify and hopefully the clubs. My production has definitely come a long way since then so expect good thing in the future releases.

Do you have a favourite track? If so why?

I actually don’t, each song lifts me in different way but Pete was very emotional after we finished “Ninety Degrees” and “Free At Last”, I think they were his favourite. .

It certainly shines bright as a legacy album for Pete, what would you like listeners to take away from this collection of songs?

I think a lot of people knew Pete for his Tech house being at Kaluki but if people think this is a beautiful album and people play it out, that is all we want and the feedback has been insane so far. Personally I hope people see it as a body of work, an album, something I think we need more of, not collections of club tracks!

Is there further work left aside that Pete worked on that could eventually see a later release?

There is one more track which didn’t really fit on the album so I’m going to work on that and get that out soon. Kaluki also has a few tracks Pete did and I think they are getting them remixed.

What would be your ideal place to listen to the album? Can you paint us a picture that space?

I live in Abersoch in Wales and when I mastered it, I went to the beach put it on and just blasted it when the sun was shining. To be honest, I’d love to hear this blasting in Mykonos or at Salina’s, anywhere in Ibiza. Im going for the first time in a few years in September s hopefully it will be making its mark there.

This is an impressive sound, will we see more from Cabarza this year?

100% I’m going to put out a few club tracks but I am also going to start on the next album, I really enjoy the process of it. The album is the first release on my new label “Late Night Stories” so I have a series of releases coming August onwards, we may even see some big name remixes on the album… 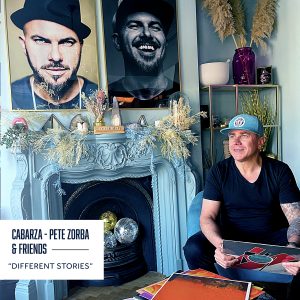