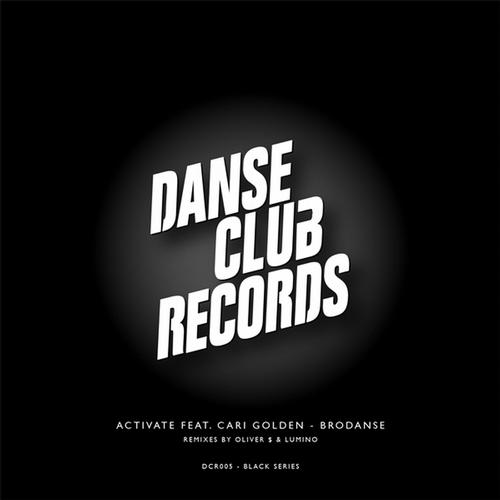 Danse Club Records launched in the latter months of 2012 and has, to date, built a solid reputation with its remixed and re-issued 90’s US house classics. That however, was always just part of the plan for label bosses Scott & Austen Smart, the sibling duo whose passion for electronic music gave birth to the imprint. Working together as Brodanse, Scott & Austen have been behind two of the remixes released on the label to date joining the likes of Matt Tolfrey, Oliver $ and Just Be to name a few. The bigger plan however was always to develop the label’s release schedule with new original releases on the ‘Black Series’ sitting alongside the re-issued ‘Gold Series’ records and so the first of these new releases comes fittingly from Brodanse themselves.

‘Activate’ is not the pair’s debut single, coming as it does, hot on the heels of the excellent release for Chicago’s Fresh Meat Records. The in demand Brodanse also have a single lined up with the highly respected Fullbarr imprint, but this is something special, released on their own label and featuring vocals from the ever-excellent Cari Golden.

The release kicks off with the original version of ‘Activate’, a pulsing slice of vocal house that employs a simple bass driven groove to provide the soundbed for Cari Golden’s distinctive vocals. A peppering of emotive piano chords and swirling FX bring further depth to the mix whilst the arrangement keeps drawing the attention back to that insistent groove, quality stuff. The first of the two remixes sees Berlin’s Oliver $ drop an intense, heady house mix built around a nagging old school riff that is understated but brilliant. To close the package Lumino drop a deliciously deep house mix that lets the vocals breath with some simple stabs before building towards a climatic breakdown.

‘Activate’ is further testament that Brodanse should be on everyone’ s watch list for 2013, enjoy!