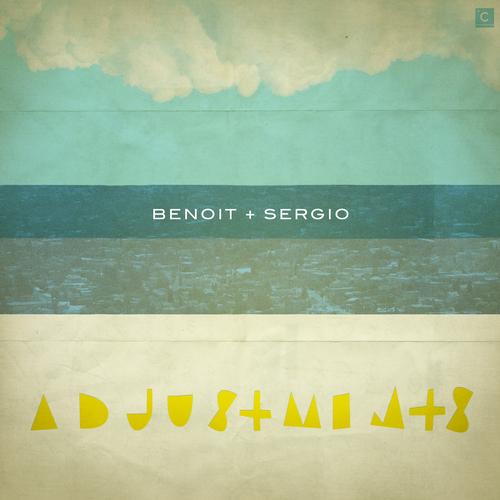 Culprit’s 39th EP release is an altogether special affair. The masters of epic underground pop, one of the most exciting and respected songwriting/production teams in dance music, Benoit & Sergio enter the label’s artistic canon in emphatic fashion. Their two song Culprit debut glows with the duo’s forward thinking musical ideas, at once sweeping and intimate, and which depth and sophistication represents a leap in the Los Angeles based imprint’s growth.

After a remarkably creative five year period that has seen Benoit & Sergio establish their unique voice on some of dance music’s marquee labels like DFA, Spectral Sound, Hot Creations and Visionquest – a seemingly unexpected turn on Culprit has in reality been an organic fruit of a personal relationship and dialogue between the artists and the LA label’s masterminds, Droog. Bounded by the common eclecticism and shared love for certain cultural references (Paul Simon and Talking Heads in music, 1970s American auteur cinema, Michel Gondry’s video art, Nabokov’s and Vonnegut’s writing), long conversations about art
and good old fashioned late night hanging out resulted in Benoit & Sergio sharing some of the most personal and accomplished work with Culprit.

After the irresistible electronic sweep of the duo’s last few releases, “Adjustments” EP is a turn to a more intimate scale yet with the usual musical ambition intact. Two songs share a common immediacy but are a ying and yang of the artists’ mood. The shimmying playful strut of “Shake Shake,” with an incredibly fun interplay of vocoder’d vocal, piano stabs and one of Benoit & Sergio’s most infectious basslines is paired with one of their most plaintive and delicate moments in “Adjustments.” The title track in particular finds the artists stretching the expected musical palette into a deeply affecting territory, where the poignant lyrics are underpinned by a gently hypnotic groove and luminous ambiance.