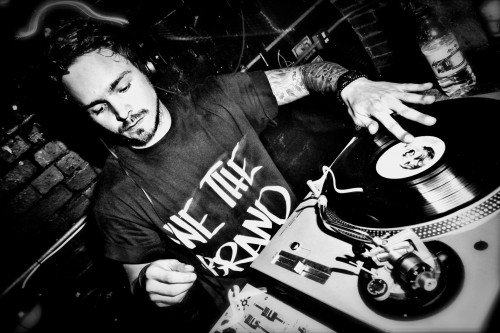 [Artist Profile] Jordan Peak, dubbed a name to watch in 2011 by BBC Radio 1, has certainly made a name for himself as one of the top rising stars coming out of the UK. With releases from labels such as Robsoul, Raum…Musik, Saved, One Records and Tsuba, Jordan has made it hard to overlook his music. Take a look at his interview, listen to the mixtape he has provided and check out his production from the beatportplayer below to learn more about this promising DJ/producer.

Where are you from and where do you live now?
I’m originally from the Isle Of Wight now living between Portsmouth and London

How was the music scene growing up?

There wasn’t a house or techno scene at all growing up on the Isle Of Wight. There was a few friends who used to put on parties that i’d play at but that was it really. I have lots of older friends from back home who used to go out raving back in the 90’s when dance music was at its strongest and there used to be some real decent parties and venues such as Golden Hill Fort, Livies and Zanies none of which are standing any more. Ive seen flyers of the old parties and they had guys like Bushwacka! (of Layo B & Bushwacka! fame), Mr. C, Carl Cox, Tony De Vit but this was back in the days before the “Superstar dj” existed, back when Carl Cox used to play Drum & Bass and Hardcore!

In Portsmouth there isn’t anything really strong, its like many places that don’t have a strong scene you find its always a core group of friends putting on something to avoid the cheesy places where they play r&b, pop music etc. London is obviously a completely different story, your spoilt for choice! In fact sometimes I think theres actually too much stuff going on and that the scene is saturated with parties & dj’s, but still better to have lots going on than nothing at all

I started producing at 18, I began djing at 13 and after all those years of collecting records I decided its finally time that I started to make some of my own. As soon as I started that was it, hooked. Ive always wanted to make music, my parents weren’t musical in a sense that they play instruments or sing but they always loved to play records and I had a great collection to listen to growing up. My mum had a load of funk, soul and disco and my dad was who I actually discovered house music through, he had lots of US house and garage, Masters At Work, Todd Terry 12″s and the Ministry Of Sound mix cd’s (back when they actually used to be decent!). I tried to learn the guitar and the violin when I was a kid, around 13, 14 I think but I knew after a couple of weeks that I didn’t just want to “play an instrument”, I wanted to make beats

I don’t mind, both are really fun. That’s the most important thing having is fun while doing it. After all music is a hobby, it’s my job as well but it certainly doesn’t feel like a job. I feel very blessed being able to do something I love and earn money from it. Ive made a lot of solo stuff and i’ve started to collaborate with friends more recently, I hate doing the loops over the internet thing I much prefer to work on something in a studio. It comes back again to the fun factor, you can be working in the studio on a track with your friend and you can also learn of them in the process, little tips and tricks you might pick up and vice versa. You definitely don’t get that by swapping wav files via email!

Very important just for that fact that music is a very social thing. Its like the old saying goes “It’s not what you know it’s who you know”. You could make the best tracks and be the best dj in the world but if the guys that run labels and the people that put on parties have never met you or heard of you then can’t expect to progress. Living in a place where there is a scene helps as you get to meet people, dj’s, producers, promoters, label owners all the time. The internet is a great tool for meeting people as well and getting yourself heard but I think most people still favour the old way of meeting someone in person first before listening to a demo or a mix

Practice, practice, practice and practice some more! The more you practice the better you get. It took me about 4 years of messing around with sounds before I finally made something I was really happy with and ready to send out. Also don’t get caught up in fads and always be true to yourself. Make the music you really want to make, don’t worry about what the “in thing” is because trends change so quickly, just like fashion music runs in cycles so whats hot this year might not be in next year

A nice and easy question, yeah right! I really don’t know about just one song thats really hard. I remember hearing “Homework” by Daft Punk for the first time though and being instantly blown away by it. I was listening to my dads house records at the time anyway but what I loved about it was how they managed to make straight up house like “Burnin'” alongside more experimental tracks like “Da Funk” and made it look effortless. I really admired the diversity of the album and still listen to it now and again to remind myself to try new things and take risks when producing

The best is meeting new friends and getting to see new places and the downside of this can be the time spent waiting around while travelling, this doesn’t bother me at all though the pro’s more than outweigh the cons

My debut ep for Tsuba has just come out on vinyl, the digital release will be soon. Then theres releases on Robsoul, One Records, Klasse Recordings & Area Remote within the upcoming months and also a few remixes on various labels

It’s a mix i recorded for the DJ Mag podcast series a few months ago, like all my mixes it features a variety of current tracks, old stuff and some unreleased promos to give it a nice balance