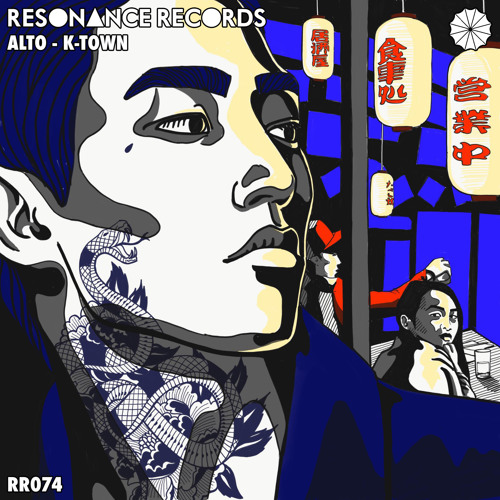 With an ear close to the ground, Max Chapman and George Smeddles’ Resonance Records has long been known for their early support of breakout producers with bags of potential and a platform to showcase it thanks to the label’s support. At just 15 years old, London’s ALTO has a lifetime ahead of him and judging by the standard of his debut K-Town EP on Resonance, this is someone you need to keep an eye on.

The K-Town EP is a no-nonsense statement of intent from ALTO – an incredibly mature production considering his age. ‘Kalsungo’ opens the release and he wastes no time introducing us to a serious groover of a bass line over which he weaves an Eastern vocal sample and tight percussion. Heads will be nodding to this one and it’s no surprise that it’s already being supported by some serious names like Francisco Allendes.

Next up is ‘K-Town’ which steps up the energy with a much more intricate drum arrangement and a subtle bass line that gradually makes itself known. Pads and synths are slowly layered as another vocal sample cleverly builds the track into a hypnotic, jackin’ peak time roller. With early support from names like Danny Serrano, this one will surely be hitting the spot across the board.

Two tracks which fit perfectly into any DJ sets yet come from a young man who has, incredibly, never stepped foot in a nightclub. Having been producing since he was 10 years old, the quality of his productions is impressive to say the least and reflects his untainted approach to a saturated scene. With people like Max Chapman and Resonance supporting the young talent from day one, the sky is the limit for ALTO and his is certainly going to be a name on everyone’s lips when the K-Town EP drops on.

K-Town EP is out now via Resonance Records.