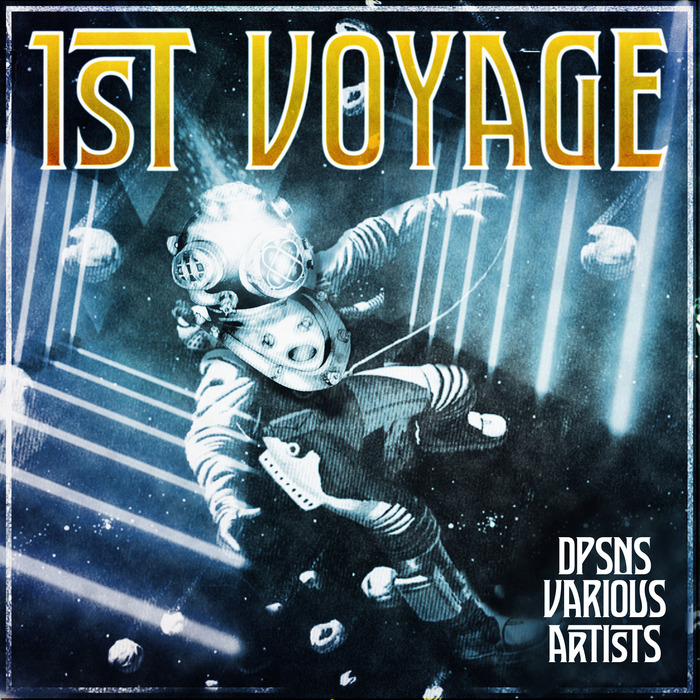 Deep Sense is a label based in concrete jungle numero uno del mundo: Mexico City. Their first release back in July of this year caught our attention and features killer remixes from big players in the contemporaneous disco/house world, like Brighton’s Fingerman, label boss of Hot Digits Music, and also Daz & Martin a.k.a. Get Down Edits. Now, on their third release, which is a various artists compilation that truly spans the globe with talent, the temp has gone up and things are getting spicy; with appearances from hot-shots like 80s Child, Disco Tech, Julian Sanza, Wonkar, Evil Smarty, Rafael Fernandez, TV, Bad Barbie, Jay Ru, Chuggin Edits, Tomas Malo and Jefferson Celestino.

It’s almost impossible to choose just a few tunes off this compilation because every track is a winner, but some highlights for us include: Chuggin Edits’ “ATCQ” reworking A Tribe Called Quest – Bonita Applebum into a smooth funk burner with soul-warming strings and woodwind pieces; for “The Action,” Evil Smarty does scalpel work on a 1981 Quincy Jones song with stuttering brass dealing out a genuine hip-shaking funky disco gem; on the slower side of things and keeping the 80’s vibe alive, Wonkar’s “In You” is a more laid back loopy soul/disco jam reviving a classic from Change that will no doubt get you romanticizing out on the floor or in the bedroom; Mar de Plata native and member of 2020 Soundsystem Julian Sanza nails an edit of Tom Hooker’s “Indian Girl,” distinguishing the guitar riffs and chorus with that unequivocal indian chant and then doing subtraction in all the right places, reshaping it with a more bouncy and playful demeanor; on the tail end of the release, Jay Ru cuts up some prime funk from Stevie Wonder with a dubbed-out touch and gives it the space it needs to breathe. And list goes on! Deep Sense label co-owner Sould Out has done a mix of the entire compilation which was just released on Juno. We’re excited about what’s next for this label and their artists in the future, as it’s been quite a year in the disco/funk/re-edit scene. It’s bound to keep getting better with quality labels like Deep Sense.