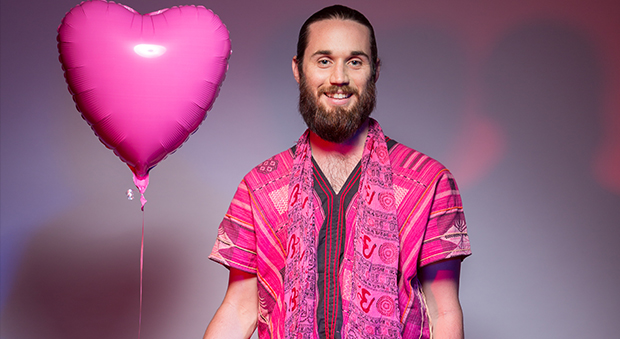 A musician, an engineer, a yogi, an event curator, a spiritual warrior, a lover – all these titles begin to describe that which is Zach, but Zach has never been one to limit himself by the meaning of words and titles. He has always lead the way carving his own path, blazing new trails, and creatively working outside of that which is too easily accepted. His journey into music really begun when he first attended the Burning Man festival at age sixteen. It was a profound initial experience in the world of electronic music and soon after he found himself immersed in the underground house music scene and culture of San Francisco.

Being in San Francisco so often, it’s not a big surprise that Zach found his true calling amongst the legendary Burning Man day party and brand, Pink Mammoth. His musical tastes resonated with the deep, funky, and soulful but eclectic sounds that the collective played and he quickly became involved in producing events and performing as one of their resident DJs. Learning from the best the scene has to offer, Zach has played nightclubs, festivals, and parties internationally. He is deeply passionate about creating that perfect vibe from behind the decks. Still so young, full of life and a love of throwing parties, it’s only looking up from here and you can expect to see Zach and the Pink Mammoth crew more and more across the globe.