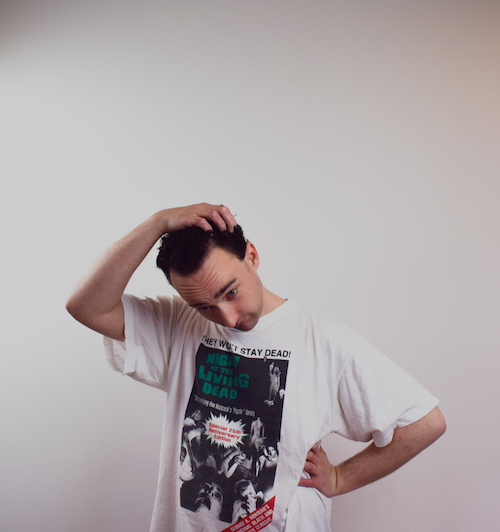 Wave Racer adds a rush of bubbly pop to No Rome’s ‘Seventeen’, a melancholic ode to failed romances of teenage years. No Rome and Wave Racer recently performed as part of Porter Robinson’s Secret Sky Festival

On the track, Wave Racer says, “No Rome is an artist I’ve admired for a while. There’s real poetry in his lyrics and elegance to his production, and the songs he makes are so beautifully crafted. Recording this cover was kind of like studying for me. I wanted to break the song apart and discover for myself what made it beautiful, then build it back together again with my own set of tools and techniques.

He continues:   “I was also trying to find confidence in my own voice, and this song sits right in my range and came out very naturally as I started playing around with the melody, so I could perform it with confidence and authenticity. I’ve never made anything like this before, so it challenged my skill set, but was also extremely validating to have created a version of this song that I think works really well.”

In retrospect, Tom Purcell (Wave Racer) first saw his anxieties bubbling up since first finding success as a 21-year-old, when he uploaded tracks ‘Rock U Tonite’ and ‘Stoopid’ to SoundCloud on a whim under the name Wave Racer — an ode to a Nintendo 64 classic that captured the songs’ sunny, pixelated optimism.

Soon after, he was touring non-stop internationally and was considered a leading producer of ‘future bass’, an electronica genre trading in nostalgia, 808s and twinkling, hyper-speed beats. He won praise from Skrillex, Porter Robinson and Flume, remixing the latter as well as the likes of Foster The People and Tkay Maidza.

HIs debut EP Flash Drive which hit #15 on the US Billboard Electronic Album Charts and #6 on the US iTunes Electronic Album Chart.  He disappeared from the public eye shortly after, citing feelings of isolation and anxiety as the reasons why, before returning with new, emotionally-charged material including 2019’s ‘AUTO’ and collaborative tracks ‘Summer Rain’ with Kwame, ‘This N That’ with LunchMoney Lewis and the sonic rush of ‘Higher’, co-produced by PC Music’s Danny L Harle (Charli XCX, Rina Sawayama).

‘Seventeen’ follows a string of recent releases from Wave Racer in 2021 including ‘Left Behind’ and ‘What Are We Waiting For?’, all available now via Astral People Recordings / PIAS.