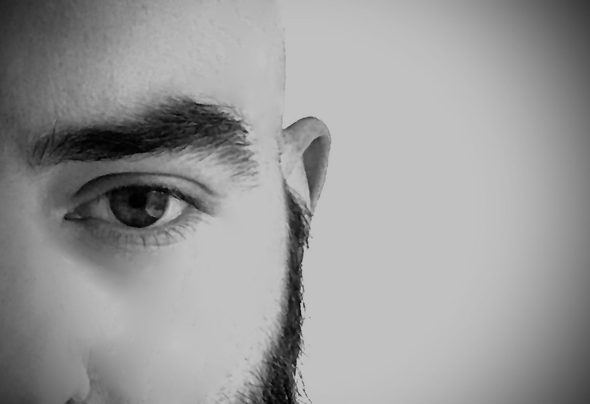 [INTERVIEW] Irish producer Produse enlightens us about his latest release ‘Hover’ on Ten One Records, the production process behind it, and upcoming projects

Hi Produse, thanks for chatting to us here at Music Is 4 Lovers. Let’s start by talking about where you are in the world right now. What’s it currently like in Dublin and can you name a few of your favourite venues for our readers to check out?

No problem, Dublin is still in relative lockdown with no music venues or music festivals back open yet. There is a strong campaign to modernise Ireland’s music venue laws being led by an organisation ‘Give us the night’ which is gaining some traction, so hopefully the late-night licensing laws change soon here.

There are some really good venues in Dublin like Pygmalion and The Button Factory. Unfortunately the pandemic has hit many of the best very hard and we lost a good few. Hopefully we might see some of them making a return soon.

You’ve recently made your debut on Ten One Records with your latest EP ‘Hover’. Can you talk us through the production processes with each track?

The first track on the EP ‘Epidey’ is not the title track but it opens the EP perfectly I think. This track came about by a rare occurance of reverting back to an old production and bringing it back to life…
I do the majority of studio work in the evenings which isn’t my ideal time for creativity but I had to start being more structured to get tracks done. I’ve only trained myself around ear and brain fatigue recently while making music. This has resulted in being far quicker in making music and also has made me delve back into older parked tracks. What I thought was rubbish a few months ago was mostly track fatigue and I’ve resurrected many tracks again.

Epidey is written in a diminished scale which can add a feeling of tension. All the chord stabs and pluck melodys play nicely with the arp pattern. Most of the main sounds come from the Moog Subsequent 37 and Access Virus on this one. Serum, Synplant and Omnisphere make up the rest of the sound design. For drums, I did some layering on the kick and hats and used transient shapers a lot to tighten them up.

The ‘Hover’ Track was a much more drawn out process to the others. I laboured over this one for quite a while.  The kick and bass are what carries the whole track for me. The synths in this track took a lot of trial and error and this track had literally 10-15 completely different versions with different sounds before finally settling on the released print. I did have a lot of fun on the vocal stabs, each one was sampled off a track which had this super housey/jazz vocals in it. It’s amazing what some time stretching and processing can do.

‘NIV’ was a track that I had been sitting in the 95% complete folder for months on end. Again, it was me dipping back into older projects that made me realise this track had to be finished. I wrote the main leadline sound on the Access Virus TI2 and for some reason lost the patch bank it was saved to when migrating production computers. I spent so long making that sound only to never be able to replicate it again – thank god I printed it in the track.

‘Gallop’ was made in the same week as Epidey and to me they are similar in many ways. They both have a big heavy kick and rumble bass. For Gallop I played around with a trance sounding lead which took a while for me to warm to it. When playing the melody in the track though it just worked. The main melody is a held chord running through an arp which adds some musical elements to an otherwise driving sound.

The process follows the same pattern for most of my tracks. I usually start with kick and bass/sub/rumble to get a good groove going before moving onto the main hook and synth sounds. I find that composing too many drums early tends to restrict the freedom of writing synthline and hooks. So for that reason I usually leave hats and percs etc until late in the ‘idea’ stage. I find this allows me to be far more creative with synth design. What I also do is ensure I don’t print my kick and bass in a way I can’t change tempo later on. Sometimes you program a synth and it just sounds better at 125 than 130.

Can you enlighten us about the early start in your career? Where did your interest for electronic music start and tell us about your journey as an artist so far?

My interest for electronic music all started at a Leftfield gig at a music festival in Ireland many years ago. I was a staunch rock music fan then and I went to see Leftfield play with mates. I will never forget the impact the bass had on me at that gig. It was I was like ‘ What the fuck is this? Give me more’. I never looked back. That day I was hooked on electronic music.
I began producing nearly 20 years ago. I unfortunately didn’t do a music production class, so what took me 10 years to learn myself could have been taught in 4. But overtime I learned the skills to make music to a level good enough that people may want to listen or play my tracks.

It was around 2017 that I got a few EP’s signed to labels that I was a huge fan of like Warbeats Records and Digment Records. Labels owned by producers that I listened to on repeat, daily. The likes of Plastic Robots and FlexB. It was shortly after that I started building my new studio. The new studio has brought up the level of my production so much. Just having a neutral listening environment makes such a difference. I also mix and master for other artists and labels and it is my main day to day job.
It’s only now in this new space that the music is coming out without any barriers.

You’ve previously released material via the likes of Dublin Xpress Recordings, Warebeats Records and We Are Genius. Can you tell us a little about the backstory behind these releases?

Dublin Xpress Records was back many years ago when I didn’t have a very good grasp on music production. However I do think I had the song writing and structure to a degree, and also no fear to try multiple different styles. Some of the tracks, even though they are terribly mixed and produced…I still enjoy them. Some of the others…..I wish never seen the light of day

Warbeats Records was a big release for me. I was making the kind of ‘big bass’ music at the time and listening to all this quality bass techno coming from Brazil. I sent some demos to Warbeats Records which is run by Plastic Robots. Dan from Warbeats signed the first EP and I went on to release a second EP with them a year later. It was a stamp of approval that I needed to kick start the motivation again.

The We Are Genius releases were my entry into techno again many years ago.  I released my first EP with them. I moved to Australia and I didn’t check my Produse email for nearly two months as we were dealing with blowing a year’s worth of money in two months……normal emigrating stuff. When I did check, I read all these ‘Urgent’ emails. FatBoySlim’s people had been In touch with us to get permission to use one of my tracks on his compilation mix album ‘Dance Harder Bitch’. I instantly shat myself thinking I missed the opportunity, but luckily the chaps at We Are Genius sorted it out while I was away messing. Another highlight as I was/am a HUGE Fatboy Slim fan.

If you could name three records that have influenced your career as a DJ and producer, what would they be?

Other than being an artist, do you have any other passions in life?

Just spending time with my family. I have two kids so they are of course my main passion in life.

What can people expect to see next from Produse? Are there any projects or upcoming plans in the pipeline you would like to mention?

I have two EP’s that are in the final stages of completion. The first is a 5 track EP more melodic than usual and the second is back to the driving techno.

There are also some discussions around some studio video material being created based on production and track building which is taking shape. Other than that it is head down in the studio.

‘Hover’ by Produse is out now on Ten One Records.