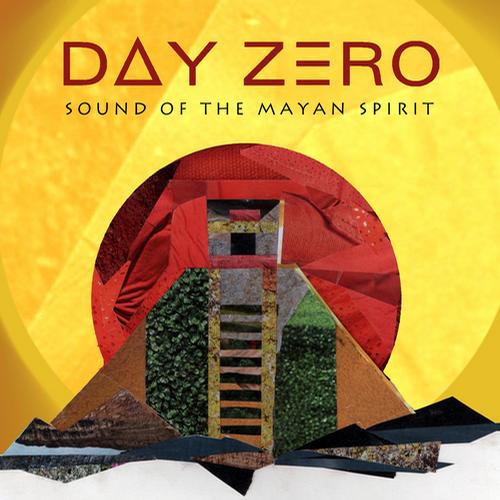 [Release] By now we know to never expect anything less than out of this world from the mind of the twisted and unique Damian Lazarus. The infamous and upcoming Day Zero party he has planned has people buzzing around the world … and for a damn good reason! On 20th – 21st December 2012 he will stage a festival in sun-soaked Playa del Carmen, Mexico that will celebrate the momentous end of this world cycle, as decreed by the ancient Mayan civilisation.

To commemorate this enigmatic event he asked thirteen artists to create a new track for a special Day Zero compilation. His peers and comrades stepped up to the challenge with Rebel’s artist past, present and future contributing to this momentous collection compiled by Damian Lazarus.

Pier Bucci opens with the eerie and captivating ‘Mayas’ full of his Latin-American spirit. He was introduced to the music world by Crosstown, releasing his first two albums on the label. Next up, Quenum shares his ‘Prophecy’ and Mathew Johnson returns to the label with the driving pulses of ‘In Search Of A New Planet With Oxygen’. Johnson delivered a huge remix early in the label’s history from Hiem ‘She’s The One’ and is a pioneer of the underground house movement.

Listen closely to the messages hidden in the knocking drums and trembling tones of ‘Jeel, k’eex’ from Mexican native Metrika. Crosstown’s newest first lady Francesca Lombardo’s contribution ‘Cosmic Dancer’ swells with femininity and allure while Fur Coat, who concocted the last artist album for CR, explain a little more about the significant date in their cut ‘Greed, Insanity’.

Fosky & Bog and the newcomer to the label Jay Haze both contribute epic dancefloor monsters to the collection. Haze is boss of legendary techno imprint Contexterrior and has been living in South America of late, fascinated by its mystical pull. Supernatural cuts from Eduardo Castillo featuring his baritone opera trained voice and the Israeli Navid Izadi ft KMLN align up with Mike Shannon for his ‘Sunrise’ and the closing moments from Thugfucker & Shaun Reeves and Acid Pauli & Nu bring this otherworldly assembly to a flourishing close.

The Day Zero album arrives on the dawn of the 24 hour event that brings together the best electronic music and entertainment from some of the world’s finest DJs as they embrace a new moment in time. The occasion will mark the end-date of a 25,625-year- long cycle and the final cycle of the Mesoamerican Long Count calendar. At this moment the galactic alignment will occur, the earth will align with the centre of the Milky Way creating a moment for transformation, renewal and change.

The Crosstown Rebels started their mission in 2003 powered by a modern electronic canon spearheaded by Damian Lazarus. The label has inspired countless unforgettable dance floor moments and nurtured many universally adored music makers. Soon to be entering its tenth year at the forefront of future-moving dance music, Crosstown Rebels remains the electronic pioneering force of the past decade.