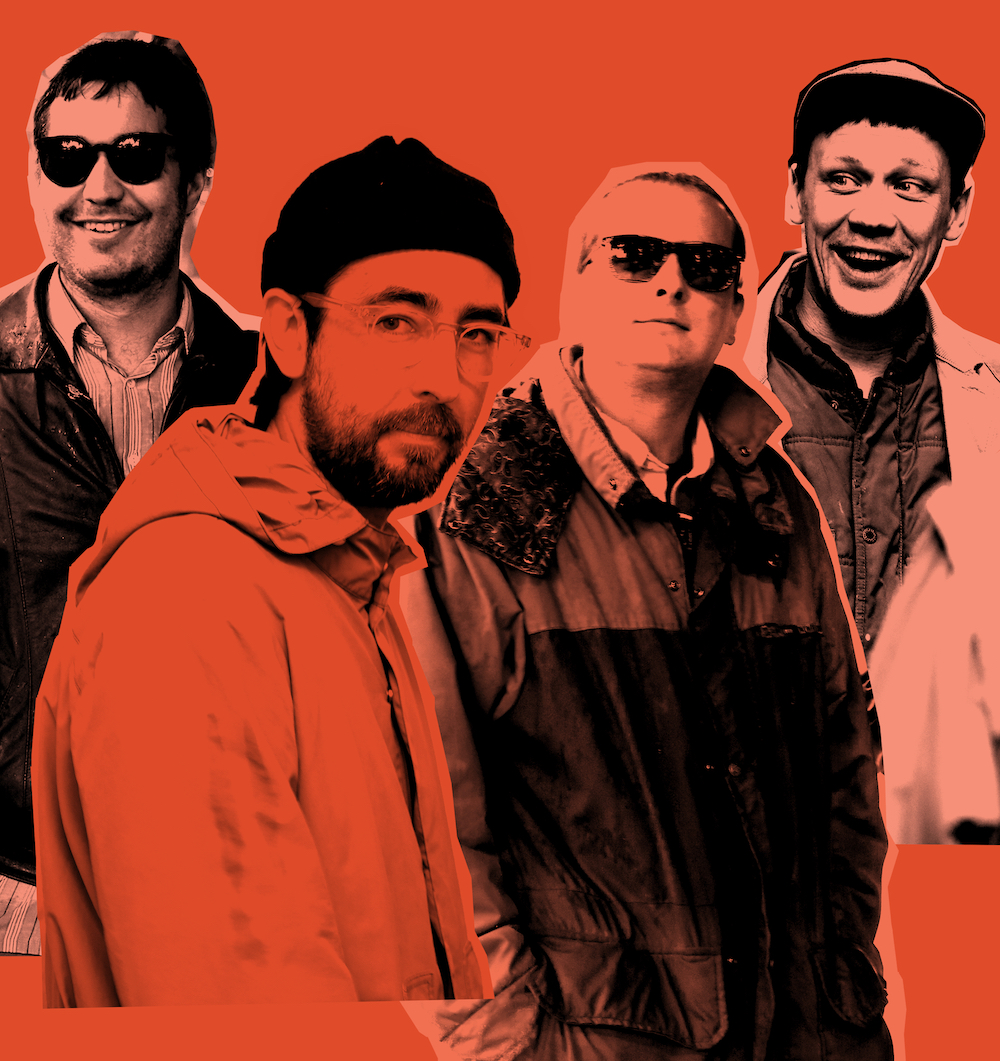 Tapping into theirtrademark blend of playful lyricism, jangly guitars and melancholic undertones, ‘Ten Days Of Shiver’ is The Surfing Magazines at their best. The hand-drawn, pirate map-themed official video perfectly captures the energy of the track. They are in the midst of a UK tour, having already performed in Margate and London, with a slew of further dates in the pipeline (full tour listings below).

The four piece explain more on the single “Like Vincent Van Gogh, The Surfing Magazines are great geniuses destined to be ignored in their lifetime. Here they channel 90s nostalgia into a Phillip K. Dick sci-fi murder mystery, involving darts, ghost pirates and Janis Joplin.

Mixing the noir surf textures of 1960s garage rock along with westcoast sun beaten harmony pop, the 17-track Badgers of Wymeswold will be released in October. The garage rock supergroup recorded the album at Ranscomb Studio in Rochester in February last year before the start of the first UK lockdown.

The Surfing Magazines playfully describe the album project as the “greatest hits of music from Bill Monroe to The Ventures to The Stranglers to Guided by Voices,” insisting that it is “one of the greatest albums ever made” and “even better than Rod Stewart singing ‘The Great American Songbook’”.

Consisting of one half of Slow Club and two thirds of The Wave Pictures, The Surfing Magazines’ primary influences are Bob Dylan, The Velvet Underground and all the great surf guitar music of the 1960s. They burst onto the scene with their eponymous debut album in 2017, a lauded LP described by Record Collector Mag as “a vintage-yet-modern rock’n’roll classic”.

Pushing their sound forward, the band utilise their garage rock ethic and have both drummer Dominic Brider and rhythm guitar player Charles Watson lead on vocals across multiple tracks. The upcoming album sees a return of free form saxophone parts, eerie violins and piano all appear, notably on tracks ‘Nostaw Boogie’ and ‘I’m Going Out Tonight To Play Some Pool’. The title track is drawn from David Tattersall’s nightmare vision about his home town’s population of self governing people, the album artwork was also made by Tattersall and depicts a collage of his referenced dreams. The extensive LP showcases their characteristic sound at their brightest, from softer ballads such as ‘Poppies’ and ‘Silver Breasts’, through to surf guitar rock anthem ‘Locomotive Cheer’.

The fourth single from the hotly anticipated forthcoming LP, ‘Ten Days Of Shiver’ finds The Surfing Magazines at their most candid.

To find out more about The Surfing Magazines, go to: